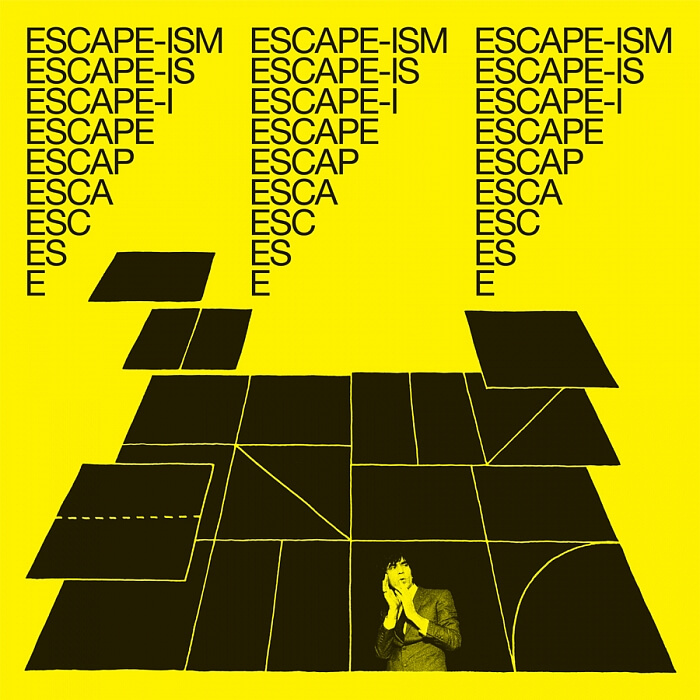 Ian Svenonious (Nation of Ulysses, Weird War, XYZ, and more) is now making music under the solo moniker of Escape-ism and will release full length album Introduction To Escape-ism. The limited variant is a white vinyl, 250 copies, while you can also pick it up on black. The first 100 pre-orders also come with a signed poster. The record is housed in a high-gloss finish jacket.

Introduction to Escape-ism shouldn’t only be reviewed in the music press but in the “world affairs” column of a conspiracy-minded newspaper, on a hot-rod review TV show, or possibly at an important conference by a renowned astrophysicist. It’s that important!

Why? Because it’s the first “solo” record by Ian Svenonius—of groups The Make-Up, Chain & the Gang, The Nation of Ulysses, XYZ, Weird War, etc. and author of underground bestsellers such as The Psychic Soviet, Supernatural Strategies for Making a Rock ’n’ Roll Group, and Censorship Now!!—and as such, it’s profound, prophetic, perverse, and poetic… It’s introverted glitter, violence against the state, obsessive desire; it stomps on convention, shreds constitutions, clobbers pre-conceived notions of what a record can be.

The album will be released on November 10th.