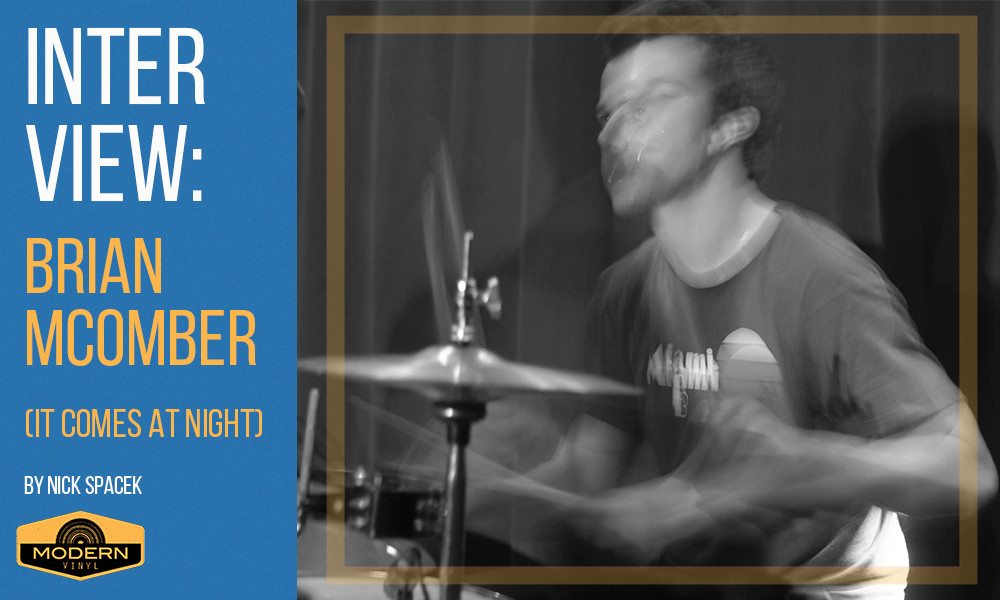 Brian McOmber’s resume as a composer may be quite recent — the vast majority of his work having come in the last three years. However, his musical career is much longer, having performed as the drummer for the Dirty Projectors from 2007’s Rise Above through 2012’s Swing Lo Magellan. He’s come to greater attention over the summer for his score to the Trey Edward Shults thriller, It Comes At Night. Digitally, the score was released concurrently with the film, and it’s as tense a listen as the film is a watch. It’s out today on vinyl, via Milan Records, so we spoke with McOmber via Gchat about his compositional process.

Modern Vinyl: I gave the score to “It Comes At Night” another listen before we spoke, and I was again struck by how tense it is. What I find really interesting, though, is how much open space you utilize.

Brian McOmber: Yeah, and that – for me – definitely was a decision that was informed by the film, and especially the cinematography. The contrast between these really claustrophobic spaces within the house, and these moments where they leave the house and go outside – where there is this expansive, unknown space. The contrast between those two is something that Trey [Shults, director] and I talked a lot about.

MV: In putting this together, were you working with Shults from the beginning, or did you come in after the film was completed?

BM: This is the third film we’ve worked on together. I’ve done everything he’s worked on, so far, so I read the script about a year before they started shooting and Trey and I started talking about how the music could reflect some of the aspects in the script. He wanted music to be one of the factors in particular scenes, and so we started passing music back and forth as references.

As far as actually digging into composing, that didn’t start until just before shooting. I started to come up with some ideas – just being inspired by the house and the surrounding woods – and took it from there. I would send him some shells or outlines or just like, droney aspects. Later on, as I started to see cuts of the film, and the film started to come together, then I started to add more things – like, say, bringing in rhythm and melody. More of the nitty gritty stuff that you consider compositional, I suppose.

It was a long process, but I wasn’t working full-time on the score until the end, but at the end, it was a real rush to get things done, because we made a lot of last-minute moves on the mixing stage, but I’m glad we did. 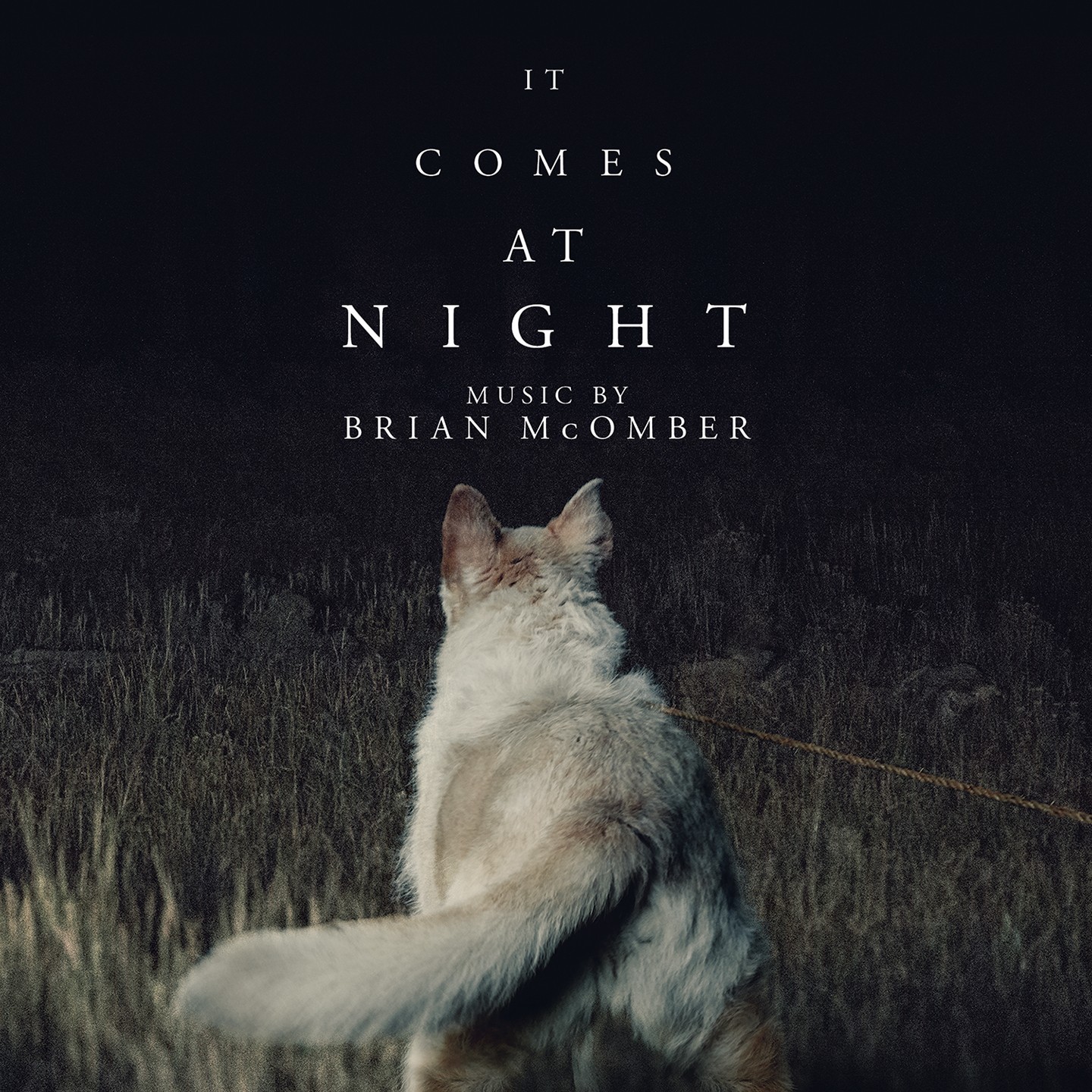 MV: It’s amazing to hear that you started all the way back before cameras even rolled.

BM: Yeah, it’s not like I was composing melodies or complete pieces of work. I very rarely have done that, anyway – for any films that I’ve worked on, and this film, in particular. To me, it felt very much like additive sculpture. Sometimes, like with the music for Krisha, it felt like I was throwing all of these random, very abrasive and strange sounds against the picture, and I was chiseling away at the picture, like I was sculpting out of a piece of clay.

With It Comes At Night, it felt more like it was a piece-by-piece adding. In the initial stage, it was oftentimes just a single note or a single drone and then adding more and more and more — just building it up. That approach came about just because Trey and I had been talking so early on about the music and what it should do. We wanted it to have a little bit of the elements of what you’re used to in the horror genre, with these jump scares, but more importantly, I’m trying to make it beautiful.

I’m wrestling with this element of regret, which is the biggest emotion in the film, or fear – but not in the typical way of the horror movie. The existential dread [kind of] fear – not the fear of the boogeyman that makes you jump out of your seat.

MV: I’ve become a big fan of that sense of all-pervasive unease, wherein you fear that anything could happen to anyone at any point. How does one construct a drone, anyhow?

We’d take a glass block, like you’d get at Home Depot. If you just gently rub that or drag it across the strings of a prepared piano, you get this kind of almost nails on a chalkboard texture. I’m using drone very liberally, here. It can also be just like, a modular synth patch. We used a lot of modular synths on this. Like a pulsing feeling.

MV: I love that idea of using instruments almost the exact opposite way that you’d expect. I talked with the Blair Brothers about their “Green Room” score last year, and they mentioned using a lot things which were rhythmic or dissonant – like feedback – and turning them into melody. That inversion is so cool.

BM: It’s funny, because I’ve been talking with Will Blair a lot lately. We’ve been talking about doing something together for Halloween. I feel like those guys and I, we’re cut from the same cloth, being as how we come from a similar background. All of the approaches we have to making film scores are similar.

That’s something I did with It Comes At Night, as well – there was one point where we were bowing a cymbal which was upside down on a timpani drum. These overtones that come out from a sound of metal reverberating on metal on skin, and then using filtering to pull those overtones out, and have them feed back on themselves. That was absolutely something I used on It Comes At Night. You can pull so much information out of these overtones that come from any sound source. A guitar amp, a cymbal: yeah, feedback is something I love to play with.

It Comes At Night is out on vinyl today from Milan Records.