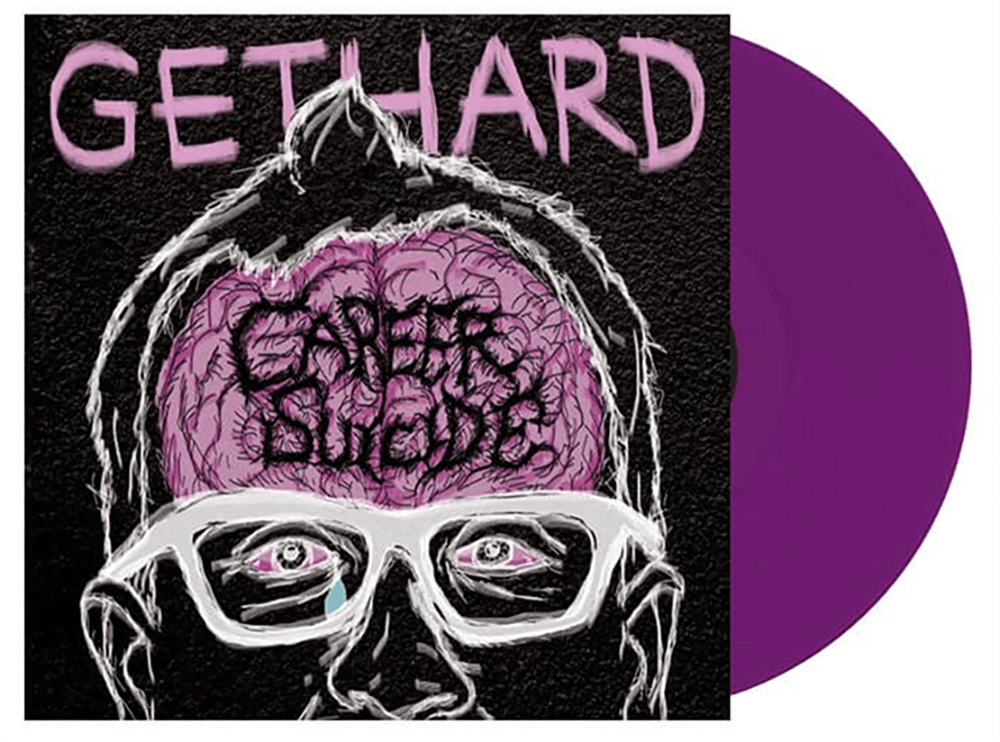 Next to comedy, Gethard’s name is perhaps most associated with a vocal love of music —t he man has two Morrissey-inspired tattoos. Currently in its third season and recently picked up for a live broadcast spot by TruTV, The Chris Gethard Show routinely features some of his favorite bands. Some alumni of the show include The Front Bottoms, The Downtown Boys, and Cayetana. Considering this, perhaps it should come as no surprise he announced today that Career Suicide will be released on vinyl.

A 2xLP is up for preorder now for $24.99 through Don Giovanni, set for release on November 3rd. It looks like it will be pressed on purple wax. For an additional ten bucks, one can add a T-shirt. Don Giovanni’s webstore says that all bundle preorders will be entered to win one of five prize packs, including tickets to a Chris Gethard show, and a signed test pressing of Career Suicide.