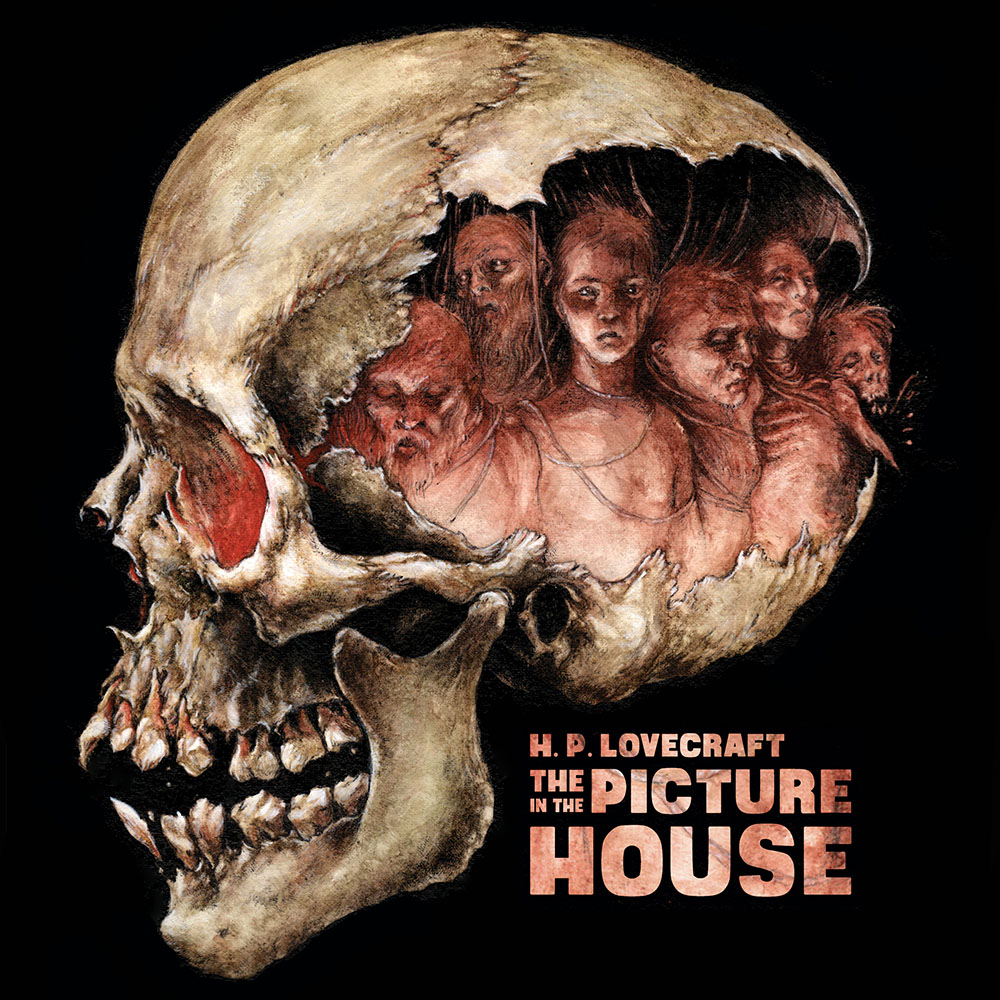 Spoken arts label Cadabra Records are back with another horrific release, H.P. Lovecraft’s The Picture in the House, a decidedly gruesome tale of cannibalism and family secrets. Returning to narrate is Cadabra favorite Andrew Lehman, a Lovecraft scholar with incredible voice acting skills. For the score, legendary horror composer Fabio Frizzi (Zombie, The Beyond, Kill Bill) has created a frightful mix of sounds and music to accompany the narrative. Modern Vinyl is happy to give you an exclusive look at the first few minutes of the album, right after the press release below.

Vinyl spoken arts label Cadabra Records presents an audio adaptation of H.P. Lovecraft’s vintage chiller, The Picture In The House, read by renown Lovecraftian scholar and narrator Andrew Leman, with an original score by Fabio Frizzi – the legendary film composer of The Beyond, Zombie, Kill Bill and other genre classics.

Haunting, hypnotic, and suspenseful, Frizzi’s original score is both recognizable and groundbreaking. With a full musical ensemble, the composer creates a timeless and unforgettable soundscape that will be regarded for years to come, and a work beyond anything previously produced for the spoken arts.

“To have the pleasure of working with maestro Fabio Frizzi is a dream. His work on this production is not just iconic, but something of pure nightmare. Frizzi understands the power and significance of Lovecraft’s fiction and has brought us a score like no other.” offers Cadabra Records founder Jonathan Dennison.

Of his work on Picture, Frizzi shares that “H.P. Lovecraft has been the inspirer of many directors with whom I worked, first among all Lucio Fulci. He’s a legendary writer I already knew very well, having to deal now directly with him has been a fascinating and demanding experience.”

The Picture in the House is one of Lovecraft’s darkest tales, weaving a tale of  cannibalism set in the backwoods New England (pre-dating the film, The Texas Chainsaw Massacre by 50 years). Masterfully read by veteran voice actor Andrew Leman (a founder of the H. P. Lovecraft Historical Society and a professional actor with years of stage, screen, and audio performances), whose performance captures the proper terror, dread, suspense, and madness of this revered entry in the Lovecraft canon. This deluxe LP is cased with beautifully commissioned art by Jeremy Hush and also includes an 8 page booklet with new liner notes written by S.T. Joshi (a leading scholar on weird fiction), composition notes by Fabio Frizzi, and more. Of note to the ultimate vinyl collector – a very limited liquid “blood”-filled edition will be offered among other variants. All in all, a unique and ultimate edition of of pure Lovecraftian terror.

The Picture in the House will be available as a deluxe LP set on September 7th at 12:00 EST, including liner notes by scholar S.T. Joshi and Frizzi.

There will also be a very limited “blood-filled” variant for sale at 12:00 EST.