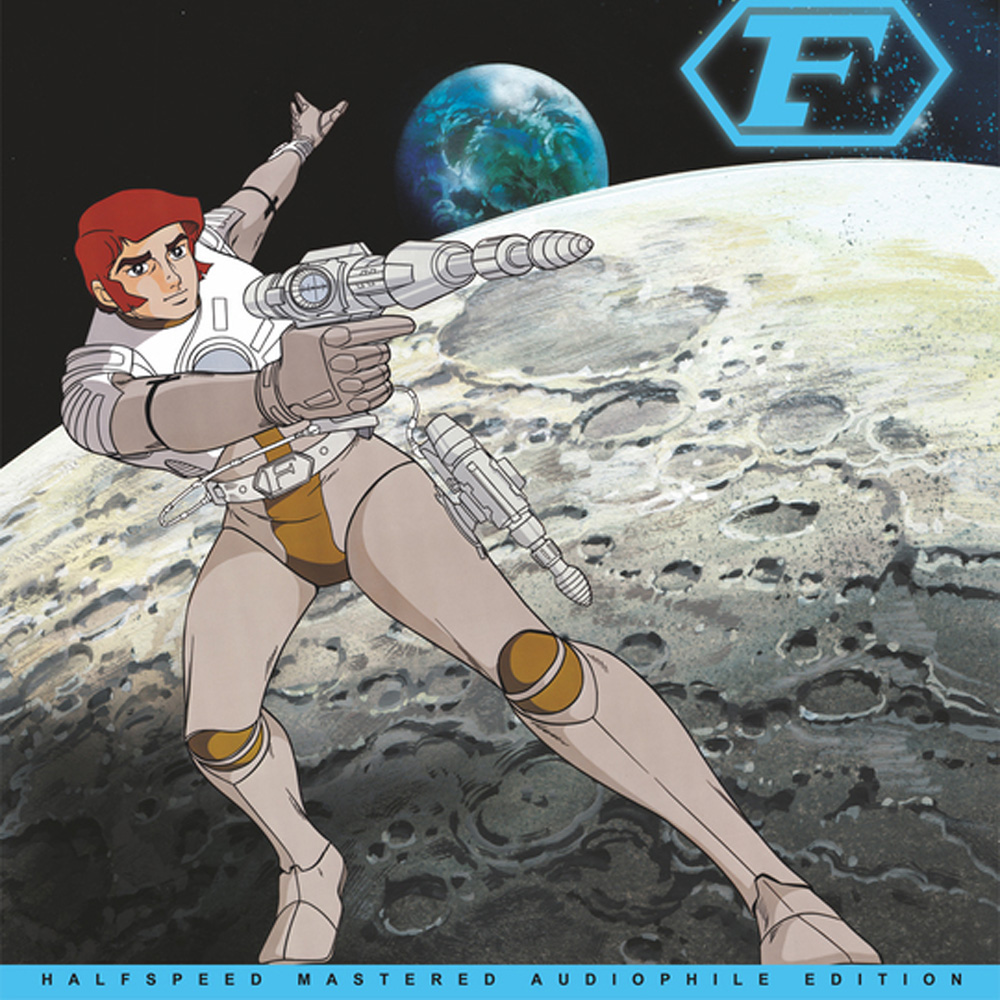 The very excellent Berlin reissue label, Private Records, has released quite a few wonderful examples of space disco over the years. It all started with Private’s first release in 2010, which was a reissue of the Christian Bruhn score for the late ’70s anime series, Captain Future. It’s a wolloping batch of space disco tunes, and when the label put out a second reissue in 2014, I noted that “everything has the artificiality bumped up a couple of notches, and every cut fairly thumps in 4/4 time.”

It still stands true, and given that copies of the original Condor version and both Private reissues are going for ridiculous numbers on the secondhand market, Jay at Private recently announced a “hot as hell” half-speed mastered, audiophile vinyl edition in production for Bruhn’s score. In addition to the original tracks, the new version comes as a double LP with four previously unreleased bonus tracks. The label’s saying that after listening to test presses, Captain Future has: “crystal clear, extremely defined sound with a large audio panorama. A total different sound experience compared to the CD and vinyl first edition.”

There are a ridiculous number of options to choose from, ranging from a basic €35 version on black, colored versions with posters, dealer packages with multiple copies, and — what’s probably the best bang for your buck — a €150 package which includes not only Captain Future, but four of Private’s most recent soundtrack reissues, including La Principessa Nuda.

You can get the remastered, half-speed double LP version of the Captain Future soundtrack over at KissKissBankBank. It starts shipping sometime in October.