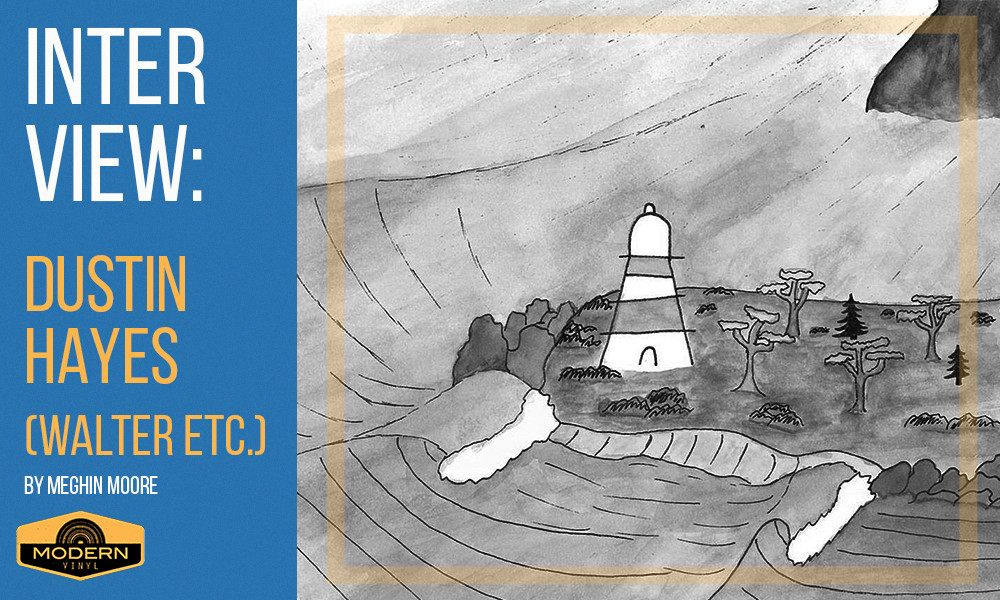 Back in 2009, Dustin Hayes was a high schooler who formed Walter Mitty and His Makeshift Orchestra. In 2015, the band decided to go on hiatus so members could deal with various things in their personal lives, including issues with mental health. In 2016, Hayes decided to reform the band with some of the original members, resulting in the birth of Walter Etc.

We chatted with Hayes about re-forming the band, the recently released Gloom Cruise, along with working with Jeff Rosenstock on it, as well as why taking care of your mental health is an important issue in today’s society.

MV: To start out, how did Walter Etc. get its start?

Dustin Hayes: Walter Etc. started as my old band Walter Mitty and His Makeshift Orchestra was slowing down. I had surrounded myself with four of my closest friends as bandmates, and some of them weren’t able to keep playing because of jobs and school. Rather than replacing them or going totally solo, I decided to tweak the project into Walter Etc., which conveniently came at a time that I also was writing new music in non-folk genres, so the new name would have a different sound too. Kris and Russ from WMAHMO eventually both became the band for Walter Etc. and we added our bud from Portland, Bread from Blowout, on bass.

MV: Let’s talk about “Gloom Cruise” for a little bit. Why did you decide to do a dual release between Lame-O and Lauren Records for that?

DH: We had some plans to put it out on a bigger label, but there were a few things about making that move that didn’t feel like it was the right time for us. Instead, we decided to stay on a small label and see how far we could push it by putting a little effort into press and touring. WMAHMO was never able to do much since we were all in college in different states and cities. So we thought why not combine our two friends’ labels, Lauren and Lame-O, a West Coast and East Coast merge, and see how far we could continue on this path with a crew of friends we love and trust.

MV: Additionally, why did you go with Jeff Rosenstock to produce it?

DH: Jeff was introduced to us by mutual acquaintances who were kind enough to ask him if he was interested in working with us. When we heard Jeff was down, we had to snag that opportunity because I’ve always been a fan of his music and this was a bucket list item I could not pass up. It turned out to be super fun and he taught me so much about my songwriting. I wish I could have him coach me through my whole music “career,” but alas he is a busy guy.

DH: Gloom Cruise is all about watching someone you love deal with mental health issues while you are dealing with your own. I set it all to a Pacific Northwest coastal motif because that landscape totally embodies the beautiful gloom to me. Creating the album helped me cope with things in real life in the same way that writing songs always helps me. The process of creating something takes your mind elsewhere and puts you in that flow state which is very cathartic.

MV: What ways of self-care do you practice while you’re out on the road to help keep your mental health in top shape?

DH: Well, I could tell you what I should do: I should be very conscious of getting enough sleep, eating light and well, not drinking so much, and keeping a breezy attitude that this is all for fun and about making memories with friends rather than competing for popularity. I feel like I’m good at keeping the right attitude, but I’m not so good at the whole get some sleep and stay healthy part. I usually just want to stay up all night and see everything and talk with everyone all night and that wears me out very quickly on tour.

MV: In regards to the scene and mental health, what do you wish would be talked about more?

DH: I think mental health is an interesting topic in the scene right now. I think it’s great that the music scene is one of the most open places to talk about mental health and that its stigma has been significantly weakened, but I also see a sort of “commodification of depression” where mental health struggles can be used as social capital to gain attention on the internet and even as a marketing ploy to sell albums.

That part of the discussion is uncomfortable but overall, I think the scene should be really proud of what it’s done to open up the conversation and create a space where mental health is respected. Also I’d like to point out that I do not feel like I should be a spokesperson for “the scene.” These are just my observations.

MV: Let’s talk tour for a little bit. How has it been so far?

DH: It’s been wonderful! A good tour for us is about staying alive and having some adventures. So far we’ve accomplished that, and the turnouts at our shows have been fantastic. People seem to dig the new songs live and we’ve had fun creating setlists that span from Gloom Cruise to OG Walter Mitty tunes.

MV: Your Twitter had some interesting tidbits about Reno on it. How was Reno, and most importantly, where did you play blackjack at?

DH: We went to the Circus Circus casino and sat down at the blackjack table til like 3 a.m. We all lost some money except Russ, who won $100. That still felt like a win for all of us.

MV: In the wake of Walter Mitty and His Makeshift Orchestra, how have you seen the DIY scene ebb and flow over the years?

DH: It’s an interesting question for sure. I can only speak from my own perspective, but I feel like DIY, as an ethos, has been slowly on its way out for a little while. When we were starting out, the “big” bands like AJJ, Defiance Ohio, Bomb The Music Industry, etc. were all pretty (or very) DIY and it was cool to claim DIY as a sort of punk badge. It also was a very authentic idea to believe in. Nowadays those old DIY bands are either gone or on bigger labels, and I feel like a lot of the bands starting out today are really trying to get good press, booking agents, and solid labels rather than claim being DIY. Of course there are still tons of DIY bands; that’s how our band operates still in a lot of ways, but overall I notice the trend of it waning.

MV: Lastly, is there anything else you’d like to add?

DH: Just wanna give a quick shout out to Making New Enemies, the art collective we are a part of with a bunch of friends. MNE has some dope records out this summer by Hemingway, Snow Roller, and Riled and a motivational album from Kyle B Hart. Thanks for doing this interview! Cool questions!

You can pick up a copy of Gloom Cruise over at the Lame-O Webstore. It’s available as a CD, as well as a black vinyl (/600) or Coke bottle vinyl (/400). The Lauren Records webstore also has those variants available for sale, and you can bundle it with a T-shirt. There’s also the option to purchase the Coke bottle variant with a translucent red 7″ the band did with Diners.