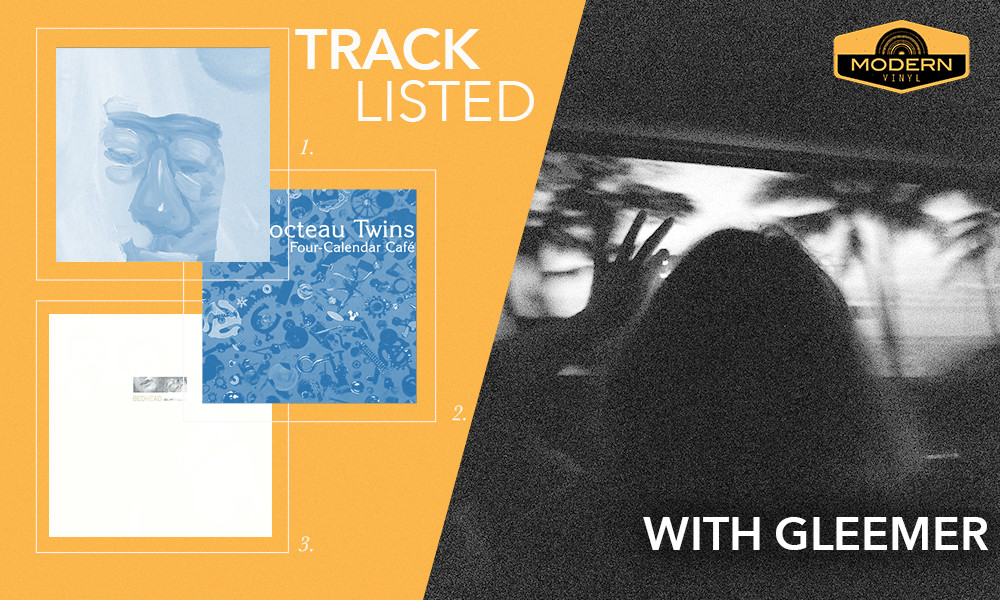 What originally started out as the small solo project of Corey Coffman turned into the full live band known as Gleemer, Coffman working alongside multi-instrumentalist Charlie O’Neil. Both of them worked together to record Anymore, in the home studio Coffman built at his parents’ house. The band gives off some old-school emo vibes in the realm of Texas Is The Reason and Knapsack, and blends it perfectly with some ’90s-inspired shoegaze sounds. Anymore has an intimate feel from being recorded on a small scale, and Corey has provided us with the tracks that helped inspire it.

What Moon Things — The Vampire

What Moon Things is one of my biggest inspirations. Their music is a real place of solace for me, and this song in particular. It manages to quiet you and comfort you, all in such an unpredictable way. A great pick for solo night walks.

I remember the first time I heard Hovvdy I almost couldn’t believe how much they resonated with me. Their melancholy twists up with their hope in a way I’ve never heard. Charlie and I reference this song constantly for structure, tones, etc.

I never got into the Smashing Pumpkins until last year. Siamese Dream blew me away though and was the main staple in my car’s CD player all last summer and fall. So many specific memories, both with friends and in isolation, are knotted into my mind because of this album. This song in particular exemplifies their complex sound in such a cool way.

The Cocteau Twins have been a big influence on me for about six years now, particularly for guitars. I think they’re the best dream pop band ever. The way this song launches into the chorus has never lost its emotional weight for me. Truly a perfect record.

All of Disintegration is so awesome, but this has always been a stand-out track for me. The intermingling of rhythms are so cool. “Lullaby” introduces many new elements throughout the song, but never feels cluttered, and each addition is natural. It gives you something emotional to hold that keeps evolving into a very complicated feeling.

Hard for me to write about Red House Painters without getting too sappy. I’m not sure if a songwriter has ever had more of an effect on me than Mark Kozelek. An absolutely piercing song if you give it room.

What an album. I first found this record a couple years ago and couldn’t believe I’d missed it for so long. This song is the last on the record and wraps things up with such calm. Lyrically effective and so intelligent, it’s been a big influence for me.

Catherine Wheel is an awesome example of excellence on all fronts. Musicianship, artwork, lyrics, production, etc, are all so pointed and cohesive it’s crazy. This song has a chorus that gets me right in the heart.

Hum did not make sense to me the first time I heard them, but I was really intrigued. After giving this record some time, it developed into one of my all time favorites. Hum accomplishes a lot of stuff that the Smashing Pumpkins do for me, but with a different motivation that I still can’t quite put my finger on. They have such a specific heart and touch on things that I really don’t think you can find anywhere else.

I remember listening to this song in my living room with some friends and thinking, “I wish I wrote this.” Narrow Head captures such emotional energy and force. They manage to pay homage to the greats while still maintaining such a strong sonic identity.

Anymore is available for pre-order now via Other People Records, and is set to be released on November 17th. Additionally, you can stream “Soothe Me” below.