Margo Price: Reeling in the Darkness 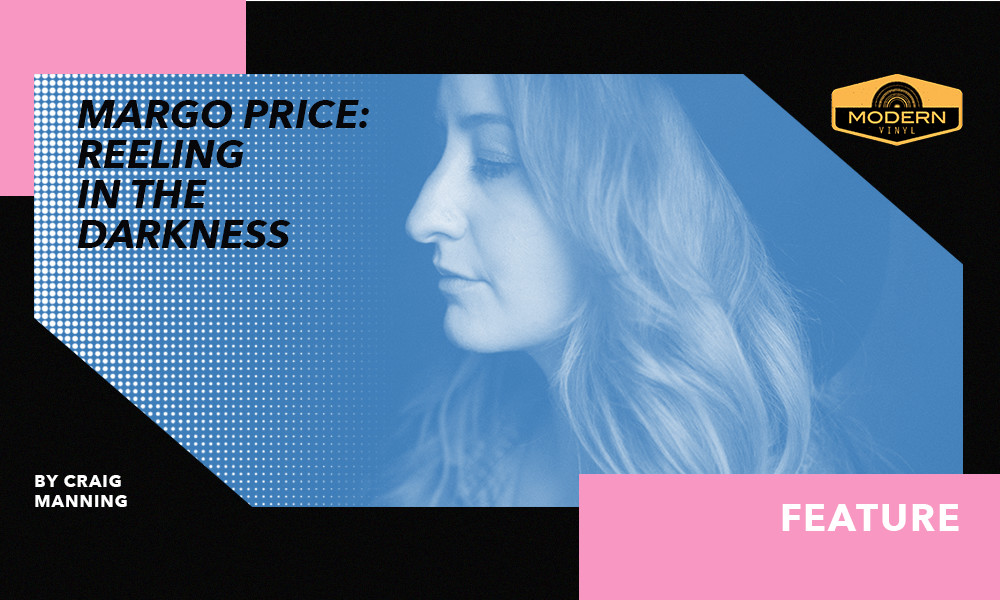 Of all the communities in the music world right now, it’s possible none is more closed off than country. Artists like Dierks Bentley have gone on record saying it’s virtually impossible to “make it” as a country performer or songwriter if you aren’t living in Nashville. You have to be there, hustling the streets, honky tonks, dive bars, label headquarters, and publishing offices day and night. Then, there’s the fact that virtually every artist with a song on the country charts right now has a major label behind them. And of course, country radio is famously averse to anything that might shake the status quo.

As of late, “something that might shake the status quo” seemingly equates to “anything performed by a woman.” In 2015, radio consultant Keith Hill famously referred to female country artists as the “tomatoes” of the country radio “salad.” “I play great female records, and we’ve got some right now, they’re just not the lettuce in our salad,” he said. “The lettuce is Luke Bryan and Blake Shelton, Keith Urban and artists like that. The tomatoes of our salad are the females.”

So yeah, that’s country music’s status quo for you: white, male, conservative, mainstream-leaning, and backed by major Nashville labels. Margo Price is a woman, plays traditionally-minded country, sings about progressive topics, and releases her albums on Jack White’s Third Man Records. Third Man is based in Nashville, but is an indie label and had never released an original country LP before Price came along.

Price also isn’t interested in playing the game. She’s not going to sell out or anesthetize her lyrics or sound to appease some label head or radio DJ. On her first album, last year’s Midwest Farmer’s Daughter, she even included a song called “This Town Gets Around,” a track about her experience arriving on Music Row and almost immediately contending with the dark underbelly of the music industry. One verse details the interactions she had with a big-name manager/producer who would buy her gifts and take her out to try to get her drunk. “He had a great studio and was recording all these famous people,” she said, but his behavior creeped her out and she cut ties. In part, “This Town Gets Around” is a scathing indictment of an industry where choosing not to cozy up to a creep old enough to be your dad is a potentially career-ending decision (if this sounds familiar, it’s because we’re witnessing this narrative repeatedly in the Hollywood Harvey Weinstein saga). As Margo sang in the verse, “It’s not who you know/But it’s who you blow that will get you in the show.”

For her part, Price seemed to get the last laugh. Midwest Farmer’s Daughter received glowing praise from critics, landed on a slew of year-end lists, and earned Price national exposure, including a musical guest spot on Saturday Night Live. Since its release, she’s toured with Willie Nelson and Chris Stapleton, which means a lot of people have been introduced to her music. All this for an album that got turned down by a bunch of Nashville labels before finally finding a home at Third Man.

Rather than sit back and bask in the spoils of her apparent victory, though, Price is choosing to capitalize on the success of her debut. All American Made, Price’s second LP, arrives just 19 months after its predecessor. But the new record, despite coming so close on the heels of the last one, doesn’t feel like a sequel. While Price’s Loretta Lynn meets Carole King sound is still intact, she’s also widened the lyrical scope significantly this time around. Midwest Farmer’s Daughter was largely an autobiographical LP. Its opening track, “Hands of Time,” even played like a myth-making origin story, detailing how Price’s march toward country music notoriety included plenty of hardship — from losing the family farm to losing a child. As the title suggests, though, All American Made is Price’s dive into political waters.

Traditionally, political waters have been a treacherous place for any country music artist to swim. The memory of what happened to the Dixie Chicks after they spoke out against George W. Bush in 2003 still hangs over the industry like a ghostly specter. Even still, most country or country-leaning artists have opted not to speak out against Donald Trump in overt fashion — as is their right. But Price and her insurgent compatriots — from Jason Isbell, to Sturgill Simpson, to the Drive-By Truckers, to David Ramirez — seem more than willing to speak their minds. The key difference is that these artists don’t rely on country radio to earn their keep. Instead, they rely on live shows, word of mouth and streaming — three things that are collectively breaking the stranglehold that country radio has long held on the industry. And as Music Row’s grip on the country establishment continues to loosen, the amount of honest music coming out of Nashville is increasing.

More honest songwriting is a good thing, even if you tend to think artists should “stick to music” instead of getting political. Most of Price’s political writing isn’t overt anyways. She’s more inclined to play the Springsteen role, inhabiting characters left beaten down by societal ills than to sit above it and toss platitudes. Case-in-point is “Learning to Lose,” a duet with Willie Nelson where Price and the country music giant trade verses about the struggles of the working class. “Won’t you tell me how long must I pay off these dues?” they sing together in the chorus. “Won’t you tell me, is winning learning to lose?”

The title track, meanwhile, plays like Price’s downtrodden take on “This Land Is Your Land.” It’s a song about the restlessness and broken promises of the American Dream, delivered like a stark funereal dirge. Throughout, clips of presidential speeches echo through the background, reciting all the things you’re taught to believe about America when you’re young: that we’re united; that we’re pure and decent; that we’re the “good guys” in the blockbuster action movie about the world. When you’re young and naïve, you believe those things like you believe in Santa Claus, because it’s comforting and wondrous and seems so larger than life. Then one day, you begin to see the cracks in the façade.

Price flashes back to those innocent moments, before the illusion shattered. “I was just a child, unaware of the effects/Raised on sports and Jesus and all the usual suspects,” she sings in the last verse. A line later, she asks, “So tell me, Mr. Petty, what do you think will happen next?,” because what’s more archetypal of the American experience than Tom Petty songs? Price started writing this record before the election and announced the release on Sept. 6, which means these songs were all in the can long before Petty breathed his last breath. The fact that he’s not around anymore to answer Price’s question, though, feels symbolic of the strife, hopelessness, and anger that courses through much of this record. What will happen next? The question hangs in the air unanswered, and the worst part might be that our heroes aren’t there to answer it for us anymore. Whatever the solution is, our generation — Margo Price’s generation, my generation — will have to figure it out. For now, though, we’re all reeling in the darkness, and All American Made is a troubling, evocative snapshot of the gloom.

Purchase All American Made on vinyl at Third Man and major retailers. The colored vinyl indie store exclusive is on blue and white vinyl, with a screen-printed jacket.