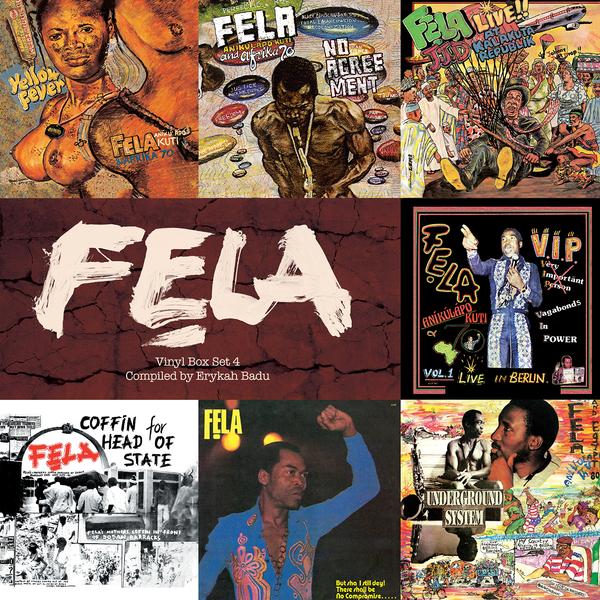 A vinyl box-set honoring Fela Anikulapo Kuti and curated by Erykah Badu is now up for pre-order. This is the fourth set of this kind, each curated by a fan of Fela (Questlove, Ginger Baker and Brian Eno curated the other 3). Here’s the details on Badu’s:

The sets are limited to 3,000 copies. It comes with a poster, 20-page booklet (with essays by Badu), and much more. The audio has been restored and remastered.