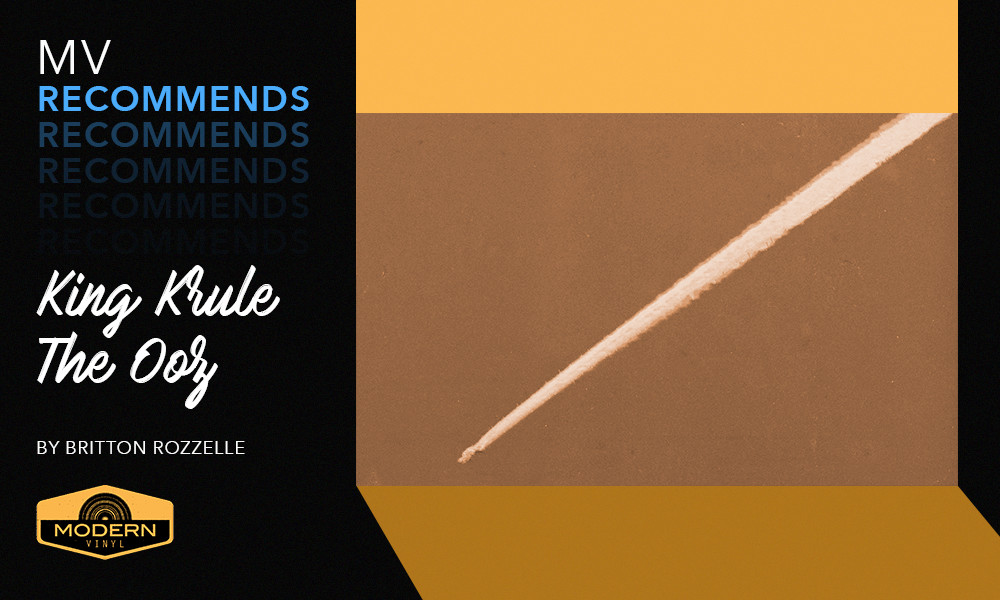 Much like other works from London-native Archy Marshall (aka King Krule), his newest release operates as a grab-bag of influences and musical styles.

Listening to The Ooz is like being asked to make sense of snippets of someone else’s dream — hard enough were they your own — nigh impossible without context. It’s a dream that’s evidently not for us to understand, a swaying, woozy puzzle to assemble, packed full of layers, each more caustic and isolating than the last.

A world that makes it immediately clear we’re just guests within its space, the record serves as gleaming grin from the shadows, a suspicious look from a neighbor that ignites an uneasy feeling. We are not welcome to come into this grimy haven, nor are these indulgent, luxurious tracks for anyone other than Marshall himself.

For an album about the titular “Ooz,” the stuff our bodies produce subconsciously, it’s warm and refreshing. An intellectual and impressive blend of too-many-genres to count, it falls somewhere between art-punk and dark-jazz. And Marshall’s voice, often tortured and strung out, welcomes us into a noir soundscape comprised of loneliness, the forlorn loves long past and a fire of rage, long doused.

We hear it with “On Cadet Limbo,” a song full of discordant harpsichord and a sorrowful brass section, on the distant and shielded character that Marshall has projected for the title track, and again on “Emergency Blimp,” a twisted garage punk song that feels the closest to pop as Marshall will ever get.

The album is his playpen, an assembling of measures and sounds, tinkered with and rearranged until they produced something as affecting as “Czech One,” or as Guy Ritchie-heist-sequence as “Half Man, Half Shark.”

It’s hard to pinpoint a selection of influences here because, more so than other artists, Marshall has successfully broken different genres and ideas so much that they’ve reformed into something new — grim visages of what we knew as jazz or as punk — and wholly unique. Bouncing from coffee lounge to British hostel basement, from sordid to jaunty, this album is an amazingly varied and shockingly balanced experience.

It’s humbling (and discomforting) to be witness to bare, raw ingenuity like this. His previous albums were good, some of my favorites, but this is the Blonde to his Channel Orange. It’s the Emotion to his “Call Me Maybe.” It’s an advancing and honing of his specific talents in such a way that entrances listeners into a false sense of security until the ghostly, industrial wails of “A Slide In” send it all into a dark spiral through the human psyche. “The Cadet Leaps,” and we’re in a quiet bus loop through space, “The Ooz” shows up and we’re missing a loved one on a lonely grayscale beachfront.

This record has something for everyone, fans new and old, and music lovers of all kinds. Fans of Jazz. Hip hop. Punk. Rock. Low-Fi. Electronic. The list goes on.

Where were you when Archy Marshall changed the game?

“The Ooz” is out now through XL Recordings and True Panther Sounds. You can also grab it at Amazon.