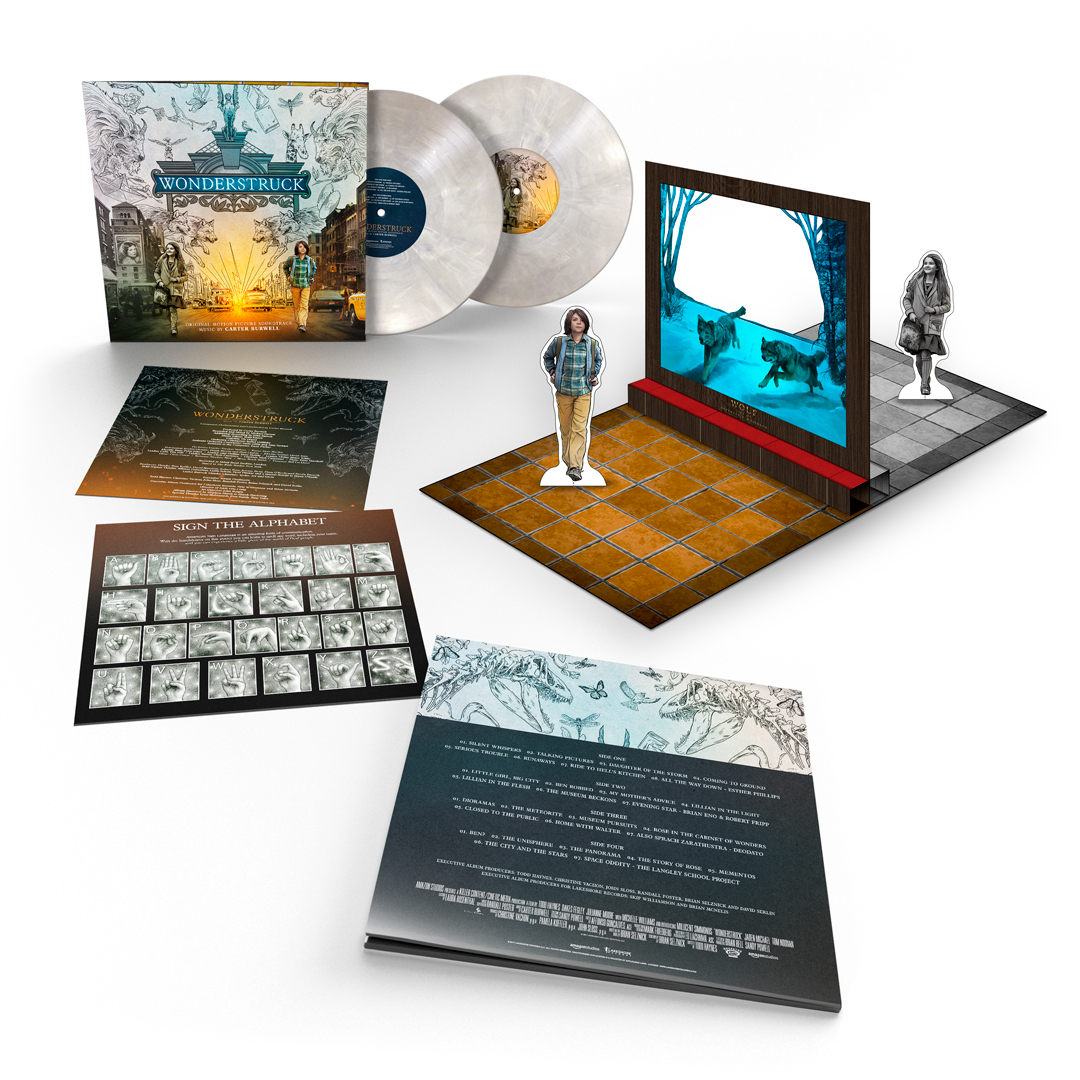 The Carter Burwell-penned score to Wonderstruck is being released on vinyl through Lakeshore Records. Burwell previously earned accolades for scores to Carol, Anomalisa and In Bruges, among others.

The vinyl is a 2xLP set of “White Marble” wax, but the highlight here is the packaging. It’s described as a “Gatefold Pop-Up” of a specific scene, and the other packaging details are as follows:

— Pop-Out Paper Dolls of Ben and Rose for Museum “Diorama Across Time”
— 4/C Printed Sleeves include Liner Notes from Director Todd Haynes and “How To: Sign Language Instructions”

You can stream the score below, and four additional songs are included, featuring Deodato, Brian Eno and Robert Fripp, Esther Phillips, and The Langley School Project.

The set is priced at $42 and is now available through their webstore. The records will ship out in January of 2018.