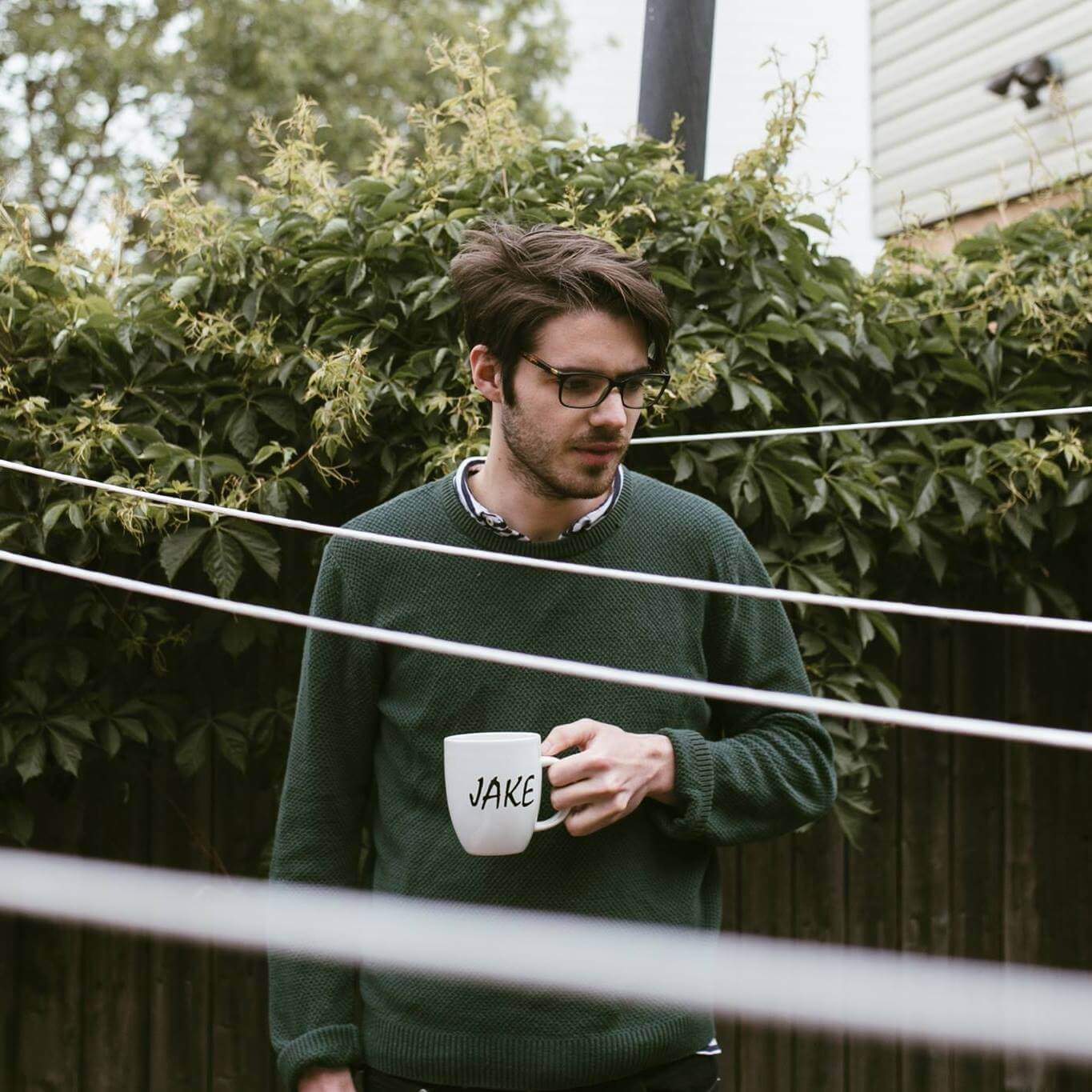 Jake Ewald’s most recognized role to date is as half of the songwriting duo fronting Modern Baseball; the Philadelphia-based rock band recently announced as going on hiatus. Known for their poetic, confessional songs chronicling tumultuous and transitional college years, the band’s sound echoed emo and pop-punk mainstays while bringing a fresh voice to both genres. Their engagement with fans and willingness to tackle topics like mental health brought whirlwind success during the act’s active years of 2012 to 2017. And together, they released three hugely successful full-length albums.

When Welcome, the debut from Jake Ewald’s solo project, Slaughter Beach, Dog, dropped a little over a year ago, questions arose as to how the project would compare to the artist’s earlier work. His previous songwriting dealt with an array of subjects, but the majority shared a common thematic denominator: a deeply personal nature.

If Ewald’s previous work was a diary, Welcome was a scrapbook. Over the course of 10 tracks, listeners were led on a journey through an eponymous fictional town. Each song stemmed from the perspective of new characters, entrenched in topics such as fractured families, the mundanity of small town life, and love in its complex, varying forms. The album, as well as its follow-up EP, Motorcycle.jpg, offered expansive glimpses into Ewald’s more nuanced songwriting skills, as well as an exhaustive level of emotion and detail. Birdie, the second Slaughter Beach offering in 2017, is no exception to Ewald’s own rules.

Birdie opens with “Phoenix.” Delicate and vulnerable in a way we’ve rarely heard him, the track embraces the cracks in Ewald’s voice as he sings reminiscently of the evenings on which coming-of-age films are based. The scene he sets makes the listener feel as though they’re present among the smiling friends he speaks of so affectionately. You can almost feel the steam rising from his coffee, the moon peeking through trees in the moonlit Philly fall. It is, one might say, a placid welcome to the album.

With an abrupt sonic clarity, “Phoenix” leads into “Gold and Green,” the first single. Where the opener is reserved and lo-fi, track two radiates brightness. In the press materials, Ewald described his approach to the Motorcycle.jpg EP saying “[he] took [the release] as an opportunity to get a little bit weirder than usual.” “Gold and Green” embodies an extension of this attitude. It’s got a country twang to it, and the perspective is ambiguous, with the speaker referring both to his mother and his presumed lover.  It’s perhaps sung through a progression in time, documenting a growth that is reinforced by a mantra Ewald sings at the conclusion: “Gonna make this garden grow/inch by inch and row by row/row by row.”

“Buttercup” is the most somber — and the longest — track of the 10. A slow and evocative number, the song captures the turmoil of a dissolving relationship: the struggle to hold on to the sparse strings that keep it together, but mutually recognizing the end is nigh. It peaks in the fourth verse with the line, “We go inside/And you scratch at an old wound/You ask ‘How the hell, if I felt like I felt with you, did I move on so soon?’” And with that, it’s as if the grasp is loosened and you’re left feeling like breath has escaped you. Until you reach track 10, that is.

Birdie concludes with “Acolyte,” the final single release from its promotional cycle. Described by Noisey’s Alex Robert Ross as “pretty much the perfect love song,” its strength is, in a way, similar to that which made Ewald’s work with his previous group so successful. There will never be a shortage of songs about love, particularly young love. But “Acolyte” is really something more. It is sewn together with threads from love songs of the past 50 years; its sound resembles both Bright Eyes’ “First Day of My Life” and The Shins’ “Simple Song,” songs both released within the last 15 years, while its lyrics are reminiscent of the Beach Boys’ “Wouldn’t It Be Nice,” a century-old classic. In fact, it’s hard to overlook the parallel between that particular song’s chorus (“wouldn’t it be nice if we were older/then we wouldn’t have to wait so long”) and a passage in “Acolyte” (“Man, it cuts like a dull knife/when you’re young and you’re told/Makes sense when you’re older/Darling, let’s get old). Picturing couples having their first dances at weddings 50 years from now to “Acolyte,” as they do to the aforementioned songs now, doesn’t feel like too much of a stretch.

One of the most striking aspects of Birdie is the lines it blurs; through genres and through perspectives. Welcome felt like a defined, wholly concrete concept album, with a cohesive sound to match. With Birdie, there is a sentimental quality and handfuls of genre categories the songs could be placed into. Dissecting whether Ewald is singing from his own voice or that of a fictitious character is nearly impossible at times, but this inventiveness works. Ewald’s songwriting strength comes as no surprise to those who have kept up with his years of work, but his latest music provides an even more expansive lens into the artist’s grasp on language and gift for narrative.

With the (possibly temporary) end of Modern Baseball, a door in Jake Ewald’s musical journey closed. But with the release Birdie, another opens; and this one is filled with more possibility than ever before.

Birdie is available now via Slaughter Beach, Dog’s Bandcamp page, as well as Lame-O’s webstore. You can pick up a physical copy of Birdie in a CD format, along with two vinyl variants — black and half green/half gold — both limited to 1,000.