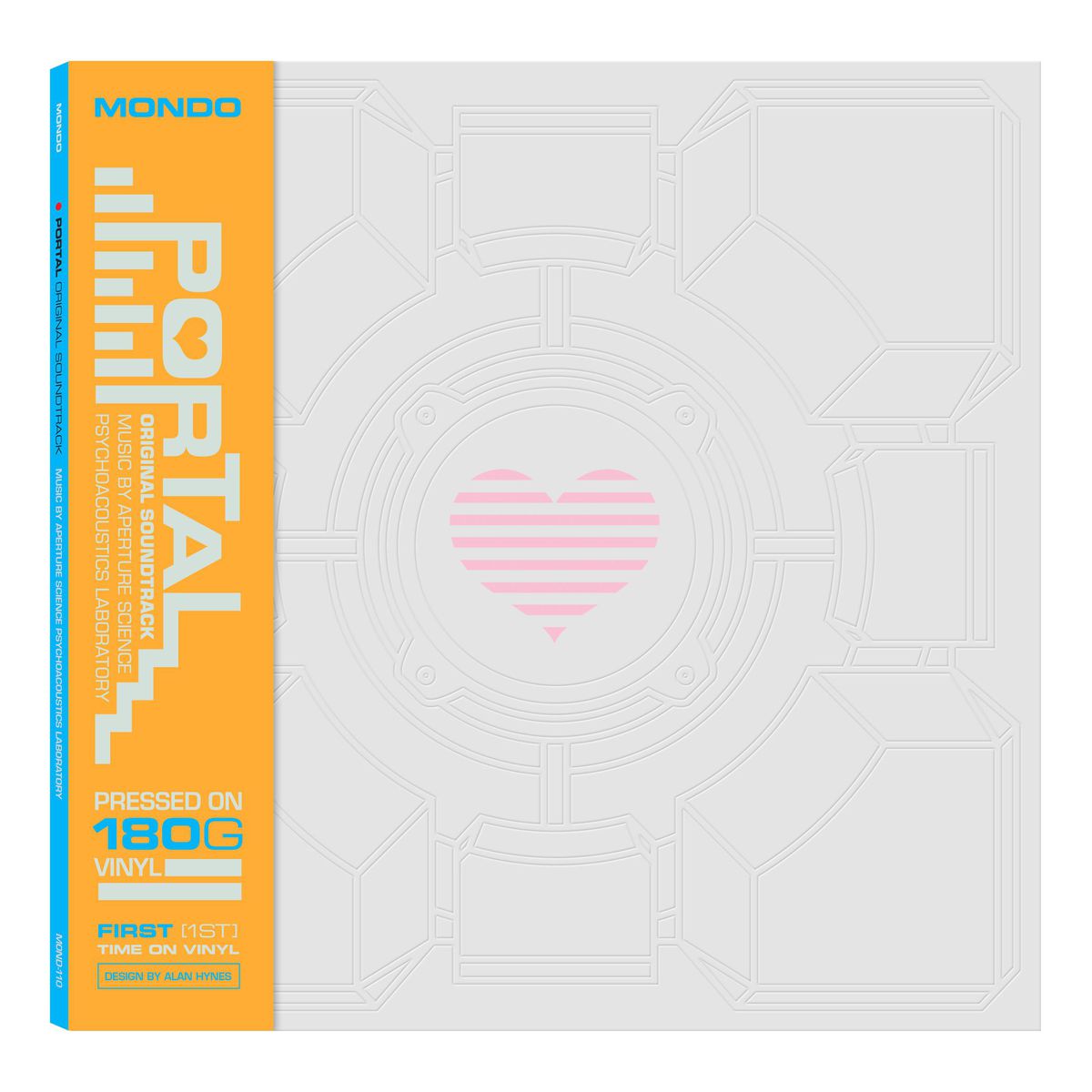 Mondo has officially announced their release of the Portal score, with a first variant available at MondoCon. That variant will be a 180-gram translucent blue and orange (limited to 1,000) and a 180-gram grey and white will be available online later this month (according to Mashable).

The packaging is pretty great (and by the great Alan Hynes) as it’s a “magic wallet style sleeve” that opens from both sides. Hynes previously did the buzzed-about Fight Club vinyl packaging.

This is the soundtrack’s first pressing.