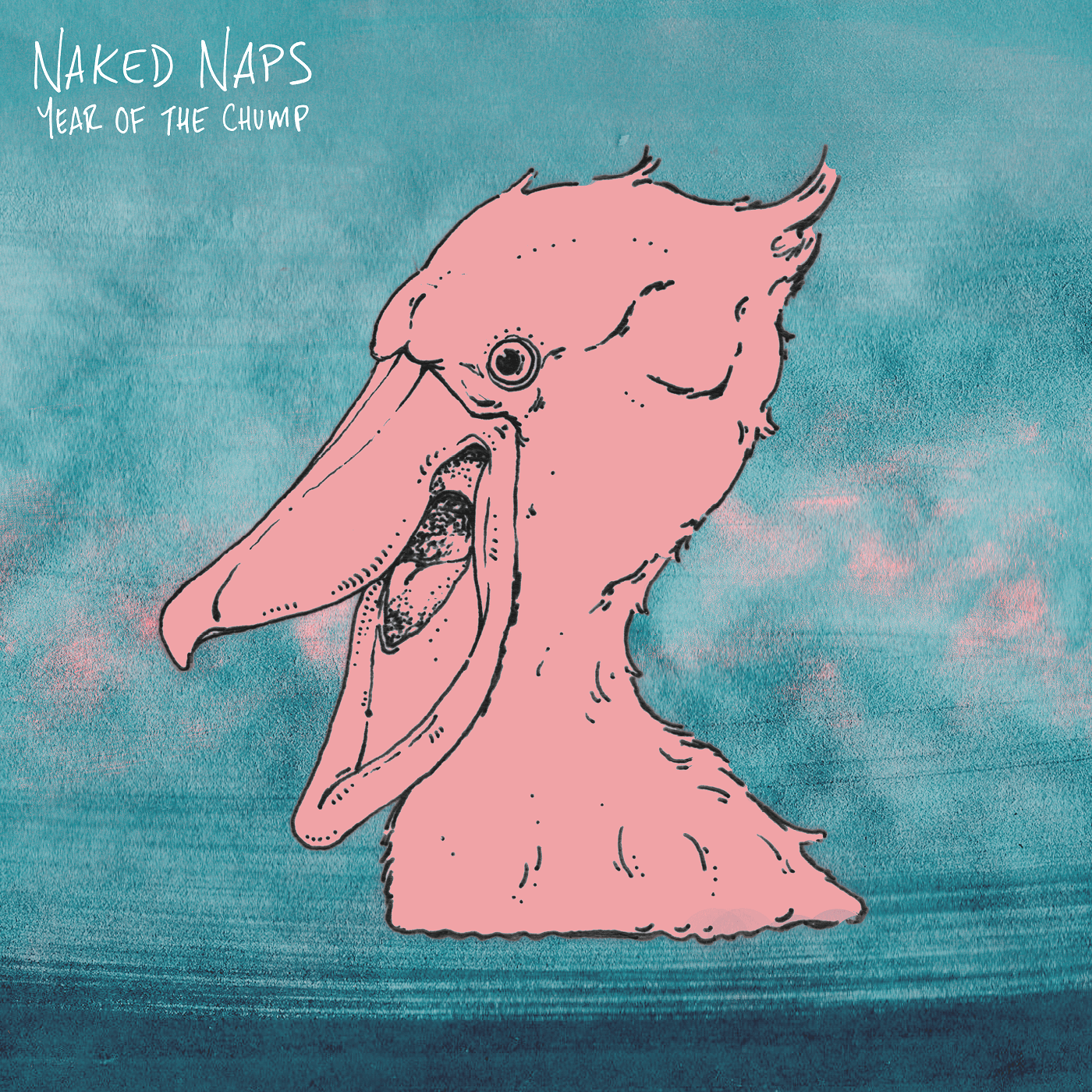 Picture this: it’s late, nothing’s open except whatever gas station fare exists in your region. The silent gravel of parking lots and deserted roads are disturbed by a distant rattle and hum. As that sound shapes into focus, a car can be seen barreling down this uncrowded stretch of pavement, its speakers spilling out urgent sound. What you might hear is buzzy and warbled by years of peak volume and overuse. There’s no one riding shotgun in this car. It’s just the driver and their road. Such is the story of Naked Naps: immediate, maximum, and forever seeking to up their idea of self-satisfaction on their own terms.

This North Carolina duo is jagged and irregular, like a breath swallowed after a tough conversation. The bass-driven “Frank Lloyd Wright Designed the Carport” pulses with the singular clarity that can come after these situations: fine-tuning who you can trust, remaining honest with yourself, and choosing the accelerated path to move forward. Taken from Year of the Chump —  which features revisited versions of earlier tracks in addition to new material —  it’s another entry in the band’s feverish, succinct storytelling that matches its adrenaline by evaluating its serotonin. It’s in that balance where this band’s third major release finds them, again, in control of their path.

Year of the Chump will be released on Dec. 1 via Self Aware Records. The vinyl version of the LP is limited to 300 copies, split evenly between seafoam green, orange “creamsicle,” and pink wax. All colorways will ship after the street date, but digital and CD versions are also available for pre-order here, along with a T-shirt.