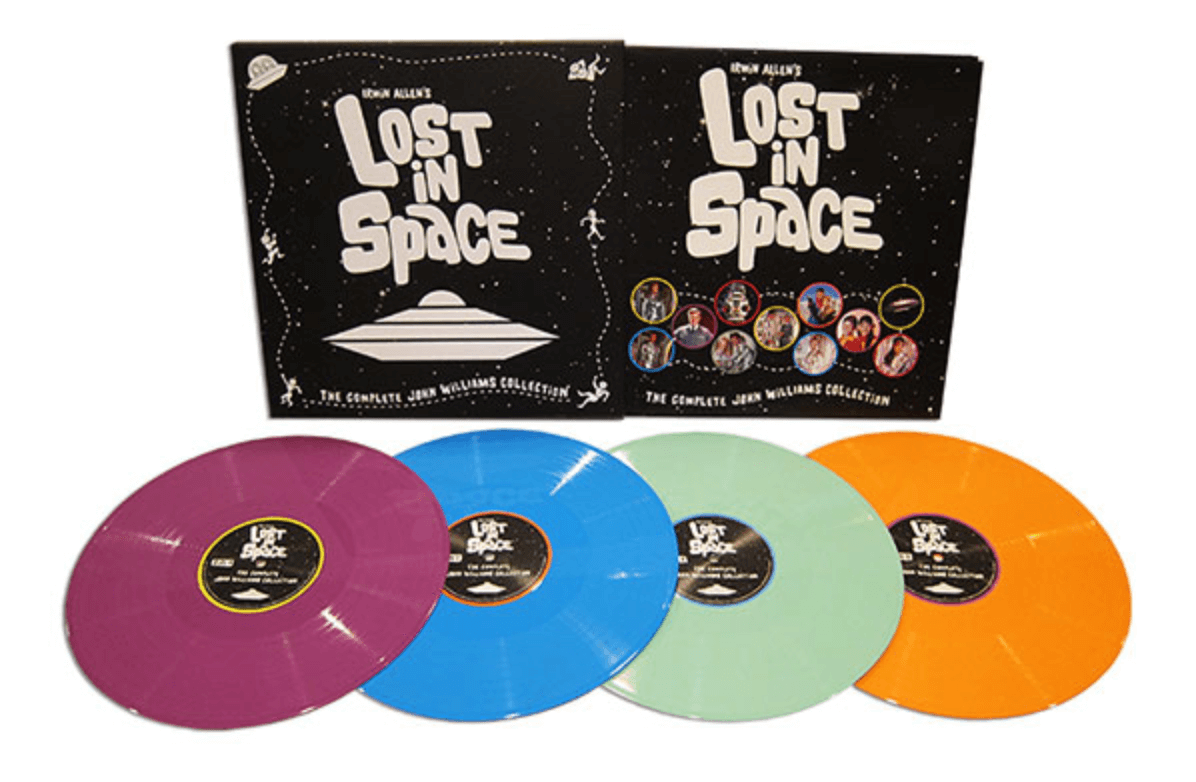 Some John Williams-penned music for TV series Lost In Space is getting released onto vinyl through SpaceLab9. The 2+ hours of score is from four different episodes, pressed on (in this ThinkGeek exclusive) purple, blue, green and orange wax.

The packaging is a storybook-esque gatefold (8-page quad-fold to be exact), with notes about each episode on the sleeves. It’s all housed in a hardbound slip case.

We didn’t know we could love John Williams more. But in doing research for this vinyl box set, we discovered he was drafted and spent three years in the Air Force, conducting and arranging music for the U.S. Air Force Band. His jazz piano name was “Little Johnny Love” Williams. He played in Henry Mancini’s band, and he played the piano riff we all know and love on the theme from Peter Gunn.

For his work on Lost in Space, he was credited as Johnny Williams. Spacelab9 has collected almost 3 hours of music from four different episodes of Lost in Space onto these gorgeous vinyl pressings in shades of purple, blue, green, and orange to match the aesthetic of the show. Dust off the record player and travel back in time with us! 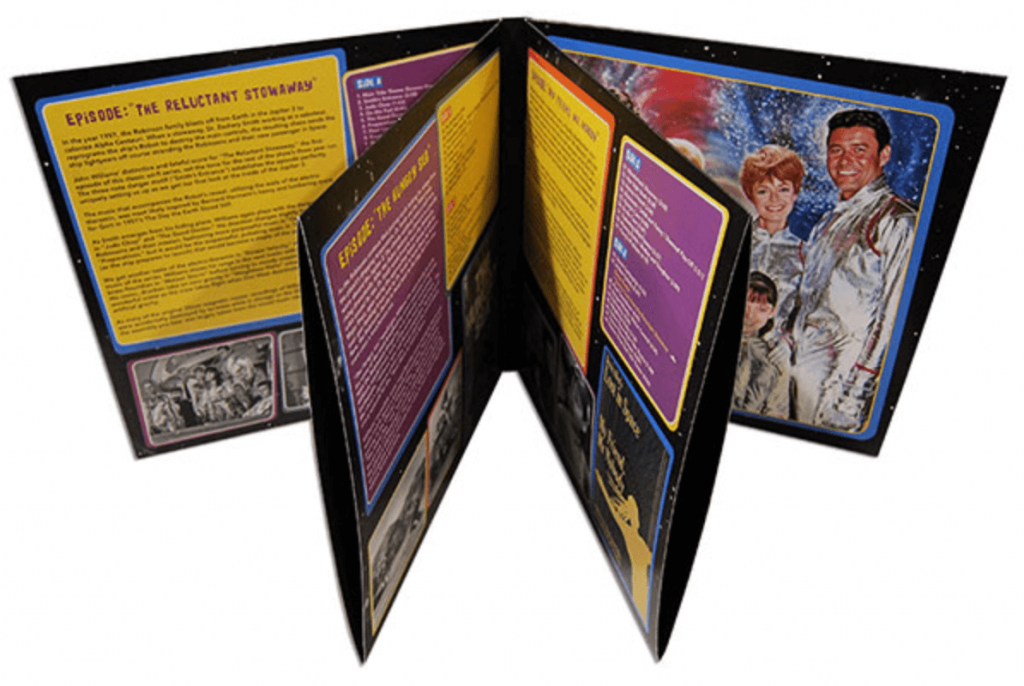