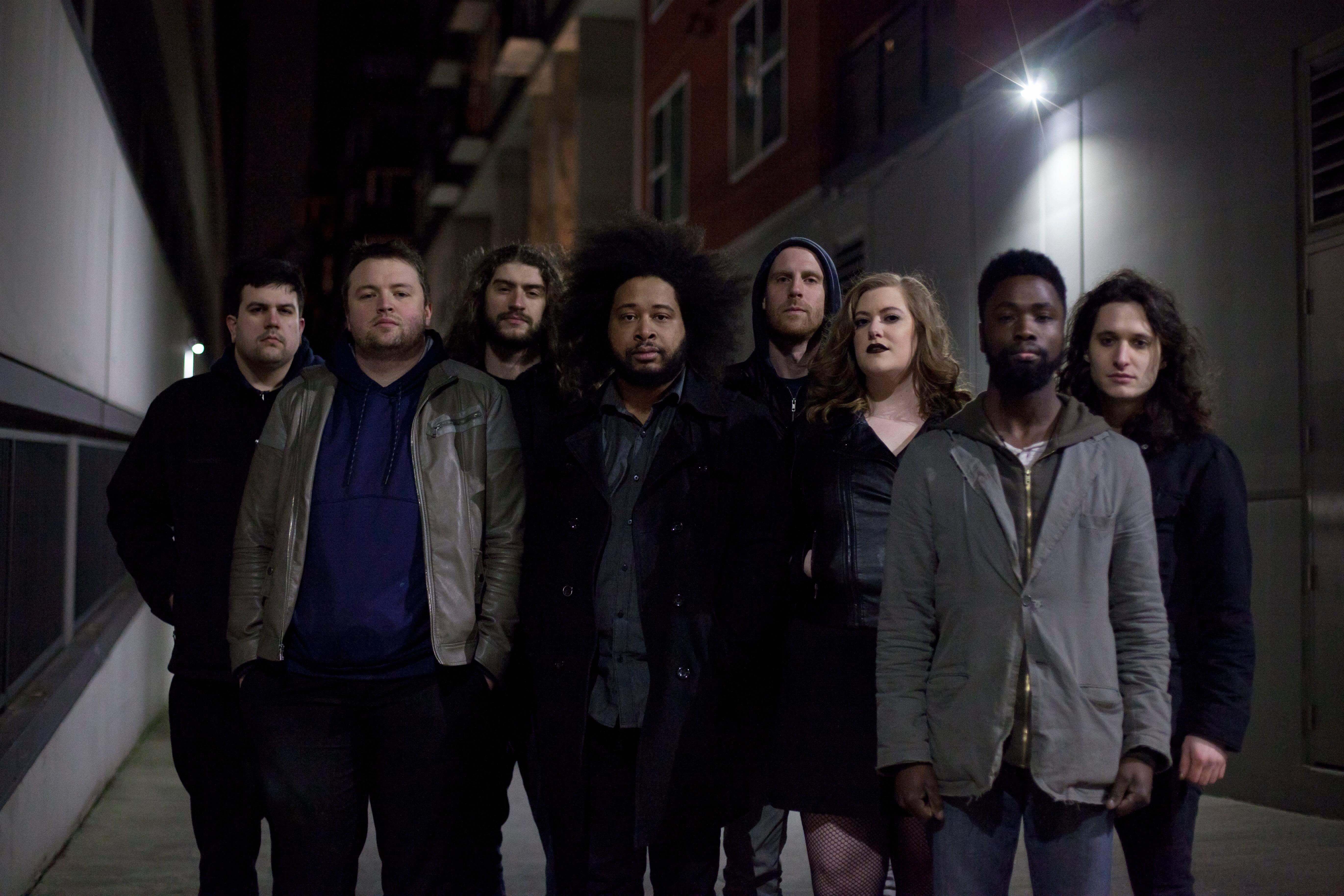 Today, we’re premiering The Complex Dialect’s debut album, Change, alongside a nice track-by-track analysis by Earnie Ashwood, guitarist and vocalist of the band. The record was produced at Seattle’s London Bridge Studios, bringing about a unique take on our constantly changing world. It presents a look at the “problem” and “solution” perspectives we engage with on a daily basis, exploring a multitude of social and political issues in those perspectives.

The first half of the album focuses on topics like racial injustice, capitalism, loneliness, and coping mechanisms people use. The latter half focuses on perspective, connection, as well as honest, authentic processing and strength. The band wants to challenge the “collective mentality of damages caused by the imbalance of power in our society, and the individual contributions each of us make towards either upholding or dismantling said imbalance.”

“Radar” is about unapologetically calling out a broken system that targets people of color disproportionally. It’s about recognizing that people of color are being murdered by the very people that are sworn to protect them. It’s about drawing attention towards America’s contribution towards the overall global violence, in which oppressed groups suffer most.

“No Man’s Land” is about excruciating loneliness. It’s about feeling like a lone entity; no lover, no friend, no family member can cure this particular feeling of singularity. It’s about the cycle of going out of your way to see people you aren’t really that close with for the sake of looking for an escape in any form possible. This act in turn perpetuates that cycle of loneliness. This feeling of isolation can be present in many forms, including the isolation of going through the process of receiving an abortion, created through the scenario of not having a long-term partner. In these examples, we often find ourselves in no man’s land.

“Rude” is about what it means to evolve into the average adult in American society. We grow up with notions of freedom, dreams, fun, drugs, but at some point, you have to drop these notions in order to find your place in our social construct. “Cry inside when they hand me the suit, this is fine, they said this is what we were here to do.”

“Fall” is about addiction. It’s about getting addicted to the dopamine rush triggered when your brain perceives a reward, whether it be alcohol, substances, sex, love, attention, etc. It’s about questioning the motives of a relationship; whether your words and interactions are your own, or are influenced by this addiction, this craving for a reward or release. Its about being aware of this polarity, and the struggle to find your own true voice.

“Capitalism” is about living in an economically unforgiving society that is controlled by corporations and the top 1%. The song calls out the external conditioning that creates said economic state, while at the same time draws attention to the personal decision we make that contributes towards our own social economic oppression. The brands we buy, how we spend our currency, and how we constantly have our financial status on our minds are large contributors towards a system that strips away many of the qualities that make up our very humanity. The song is about taking a step outside oneself and challenging the personal ignorance of the unwilling contributions one makes to their own personal subjugation.

“One Constellation” is about perspective. Its about stepping away from our earthly issues and looking for a deeper understanding of our existence in the true grand scheme of things. We all come from the same source, the same energy, the big bang. What does that mean when it comes to how we interact with each other? “Mystic blue eyes, space and time are only relative. Maybe that’s why we’re all so god damn sensitive.”

7. Looking for a Friend for the End of the World

This song presents a (very possible) hypothetical scenario of humanity crossing the point of no return. When facing the countdown towards our final destruction, one lonely human reaches out for true authentic human connection in the form of a Craigslist ad titled, “Looking for a Friend for the End of the World.” When everything is falling apart around us, there’s true comfort in connecting with other humans looking for the same thing.

“Change” is the point where the characters who have experienced everything mentioned in the songs before have come to their own personal realizations. This song represents two concepts: One being that while it feels we have evolved and come so far, we are still experiencing cycles of the same experiences humanity has faced through the ages with new wallpapers. The second being that you truly can’t change this cycle without acknowledging it in the first place. While you can grow and evolve on a personal level, the world still hasn’t yet, and it’s important to acknowledge this in order to effectively work towards true change.

“Anything” is about pushing through when the world tells you to be something that you are not. Some things you can change. Some things you’re just not supposed to. This song is about having the courage to stand up for what you really believe in, through thick and thin.

Change is set to be released tomorrow, but you can grab a copy over at the band’s webstore for $25. 500 copies will be made, and they should ship out before February 2018. Digital copies will go on sale on Dec. 1.