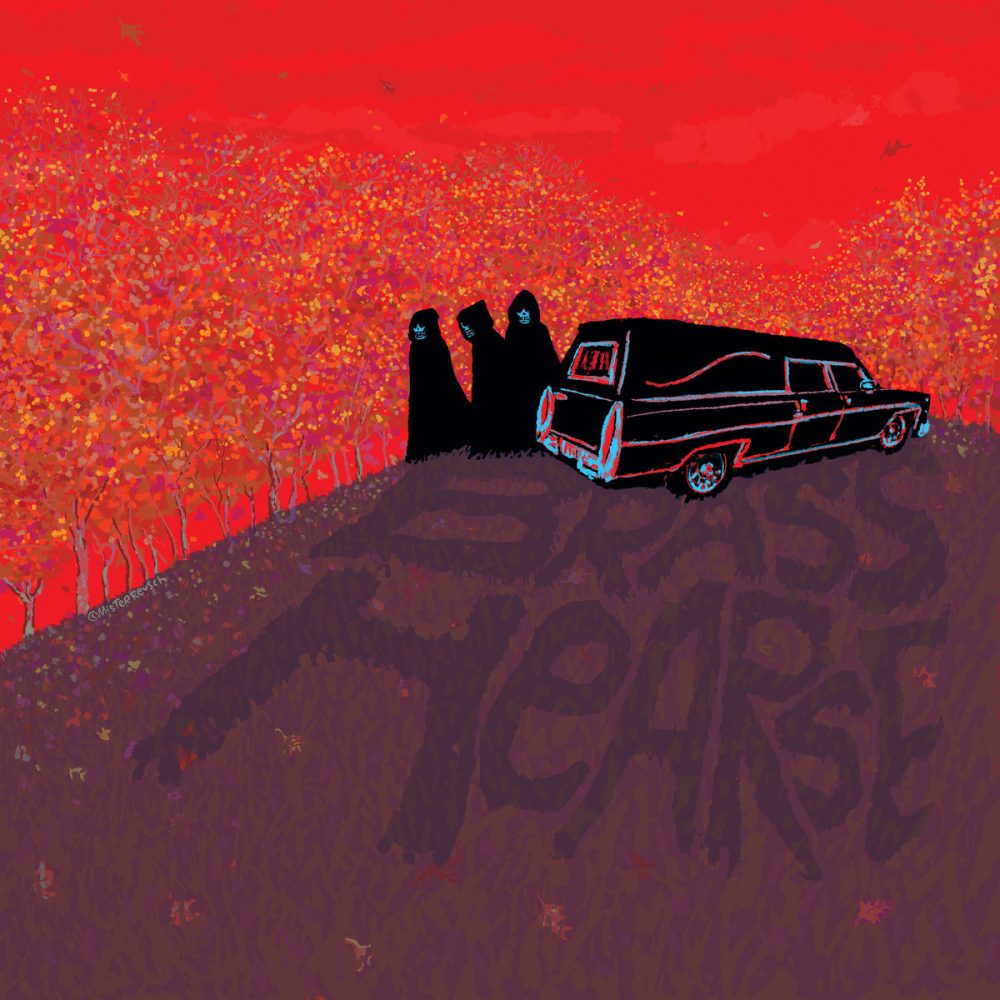 For several years now, the Boston trio Wolfmen of Mars has been putting out sounds which combine the electronic synths of ’70s and ’80s horror and sci-fi scores with grooves taken straight from heavy psychedelic rock. It is, however, instrumental, and sometimes, folks want something with which they can sing along.

Thank the devil for Brass Hearse, which teams the trio with Ron Rochondo, vocalist for fellow Boston band, Ice Dragon. The sound will be familiar to anyone who’s ever listened to Wolfmen of Mars, but the songs are less film score, and more goth rock. There’s a really strong element of Type O Negative’s Peter Steele in Rochondo’s vocals, but the songs have a really heavy 45 Grave element to them, as well.

The self-titled debut is really strong, although short. Given the band hasn’t been together all that long, a six-song record this developed is still quite amazing. There’s an instrumental intro, “Procession Etiquette,” which sounds like a funeral dirge — but, you know, cool. It leads into the first song, “Rain Grey, Dark Sky,” which chugs along like a freight train before pulsing out as we transition into the next tune.

Kicking off “All Are Lost” with a pitch-shifted telephone dial tone is clever, and sets up the synth line which winds its way through the song, as well as the hopeless nature of the vocals. The song will eventually see the instruments drop way out of the mix while Rochondo cries, “We all are lost!” and damned if it’s not haunting.

“X” sounds like a forgotten song from The Lost Boys soundtrack, with big riffs and a slight groove. It feels like the music of Brass Hearse ought to be playing over the scene as a young couple enters some neon-lit dance club. “Black Dress,” however, is the song that plays in that club. It grinds hard, as if you’ve had a little much in the stimulant department and need to tamp it down with a drink or three. Find your friends who still throw goth dance nights and have them spin this 15 times.

Closing track “Chrome and Hot Leather” is pure industrial by way of Morricone. The Man in Black fled across the desert, and when the gunslinger followed, this was what played. It’s fractured, bleached bone dry, and ran through the wringer. Brass Hearse get absolutely massive on their finale, and it shows just how far the group can go from their basic concept and still sound amazing.

Brass Hearse’s self-title debut is available starting today from Burning Witches Records. You can snag it from Bandcamp or Two Headed Dog. The vinyl is a limited edition, one-sided vinyl LP, with a screen-printed flip side. It looks amazing. Go grab yourself a copy, because this one’s going to go quickly.