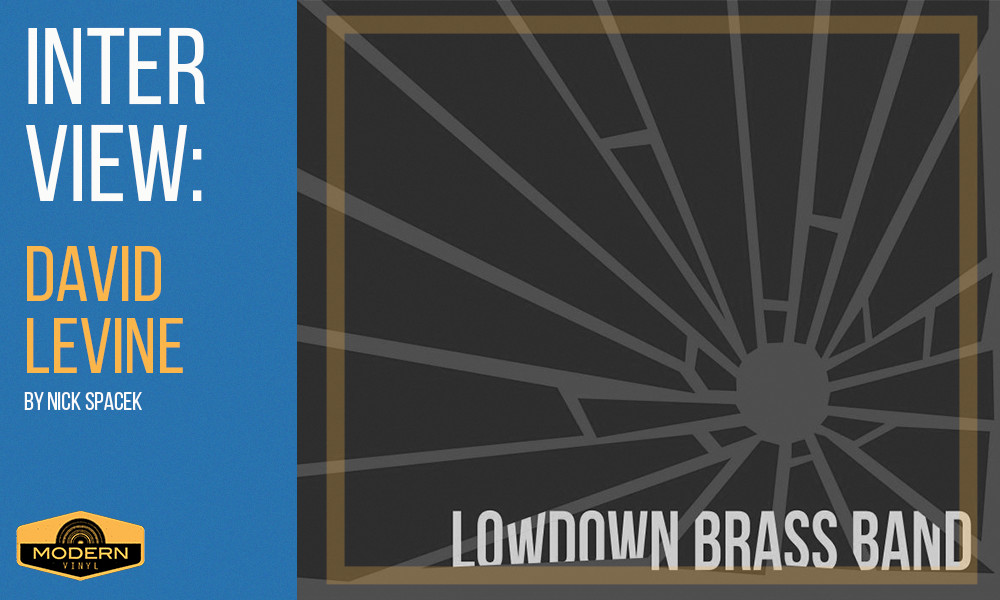 Chicago’s LowDown Brass Band deftly synthesizes the gritty sounds of Chicago with the high energy second-line street beat of the Crescent City. The group brandishes a powerful brass frontline of trumpets, trombones, and saxophones with a funky backline of drums and sousaphone. Combining the poetic ferocity of Billa Camp with stellar vocal harmonies, adventurous improvisation, movement, and grooves, LowDown Brass Band creates an infectious and diverse sound that has something for every listener.

Lowdown Breaks, the group’s newest LP, comes out digitally in January, but the release show is tonight at Subterranean in Chicago with some copies on sale. It’s a great blend of hip-hop, New Orleans, and a slew of world influences. While the weather might be getting colder and colder, Lowdown Breaks is sure to heat up any room you in which you spin it. We spoke via email with David Levine, LowDown Brass Band’s baritone sax player, about the new LP. 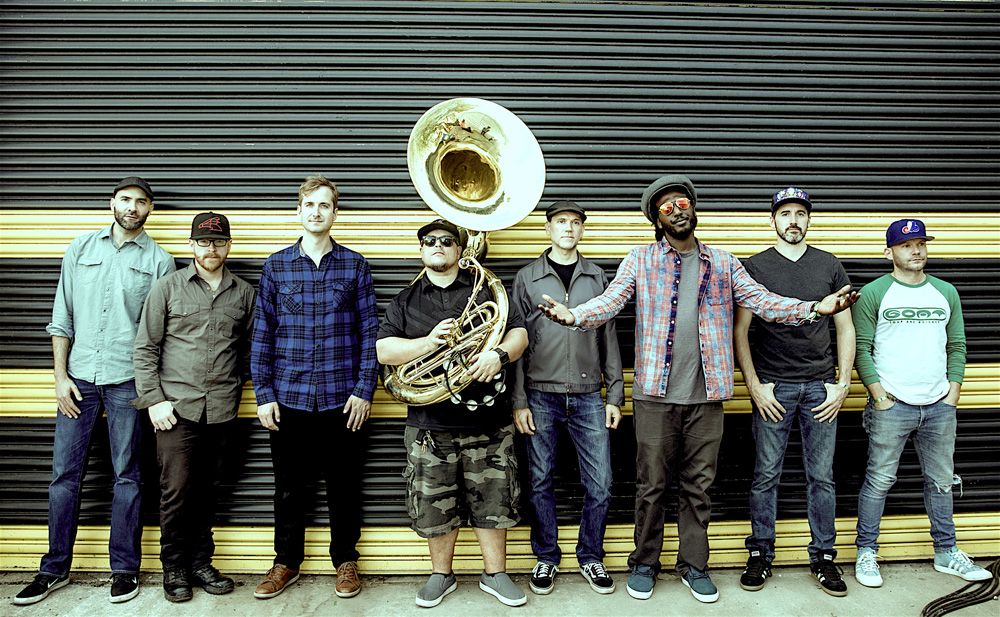 Modern Vinyl: Why does a bunch of Chicago musicians end up playing New Orleans music?

MV: The band seems not only influenced by New Orleans second-line, but also Latin and Jamaican music. What’s the band listening to, in order to pull so many styles together?

MV: Hip-hop and brass have really taken off in recent years — Trombone Shorty or the Youngblood Brass Band, for instance — but what led you all to that particular combination?

DL: It seems to have been pretty organic. Most of us are hip-hop heads to some degree, and Lance Loiselle’s previous relationship with Billa Camp made his addition very natural. Personal chemistry has always been very important to us and with Billa, it’s no different.

MV: You cover the Specials and A Tribe Called Quest on your album, but they’re lyrical reinterpretations, as well. How do you walk the line between homage and complete renovation?

DL: A lot of what we do is an homage to a time and a place, or a spirit. We sew a lot of different styles together that, individually, have a large amount of power within a certain culture or movement. Most of it is protest music in one way or another. We try to harness that power and honor it while using it to help convey our own ideas. I guess that’s been the search for our sound all these years. We’ll get there someday…maybe.

MV: What’s the songwriting process for an album like — does the band start out with music, or Billa Camp’s lyrics?

DL: That process is still evolving too. It happens both ways. Though, when Billa brings something in, it’s often a musical hook he’s got mapped out for the band. He speaks our language, more than most MCs would anyway. We appreciate that.

MV: You’ve released a couple of EPs in the interim, but this is your first full-length since your 2008 self-titled (not counting the Christmas album). Why wait so long to record another LP?

DL: We actually released our third full-length, LowDown Sounds, in 2014. We also put a 45 out in July of this year, with New Orleans Bounce legend Ricky B, to kind of prime the pump for this next LP, LowDown Breaks, due out officially Jan. 19. There was most definitely a significant gap of time though, after the Christmas album, for us to get our shit together and release LowDown Sounds. When it’s all said and done, it’ll almost be the same amount of time for LowDown Breaks, but the start-to-finish production on this one was significantly more extensive. There’s just more production put into LowDown Breaks. I think it’s our best to date.

MV: Are your live shows full-on parties? I can’t see how they would be anything else but.

MV: In an interesting bit of merchandising, you offer sheet music for some of your songs. When did that come about, and who have you seen purchasing it — I imagine quite a few marching bands?

DL: Yes, it’s true, we have a portion of our library available for purchase as sheet music, fully arranged for brass band. We do a fair amount of educational presentations, clinics, and workshops with bands of various ages and skill levels. It really helps supplement travel costs on the road. In many instances, after our program, there is an interest in some repertoire that can get a school started on a path towards starting their own brass band.

We’ve only been licensing sheet music for less than a year, at this point, but we’ve been teaching kids and adults about second line jazz music for about 5 years now.

MV: Any plans to tour once the album’s fully out in January?

DL: We have some dates, maybe 3 weeks worth, in WY, UT, and CO in January and February, but not really any extensive touring until the winter breaks. We hope to hit the summer festivals pretty hard.

LowDown Breaks is available for pre-order from Bandcamp.