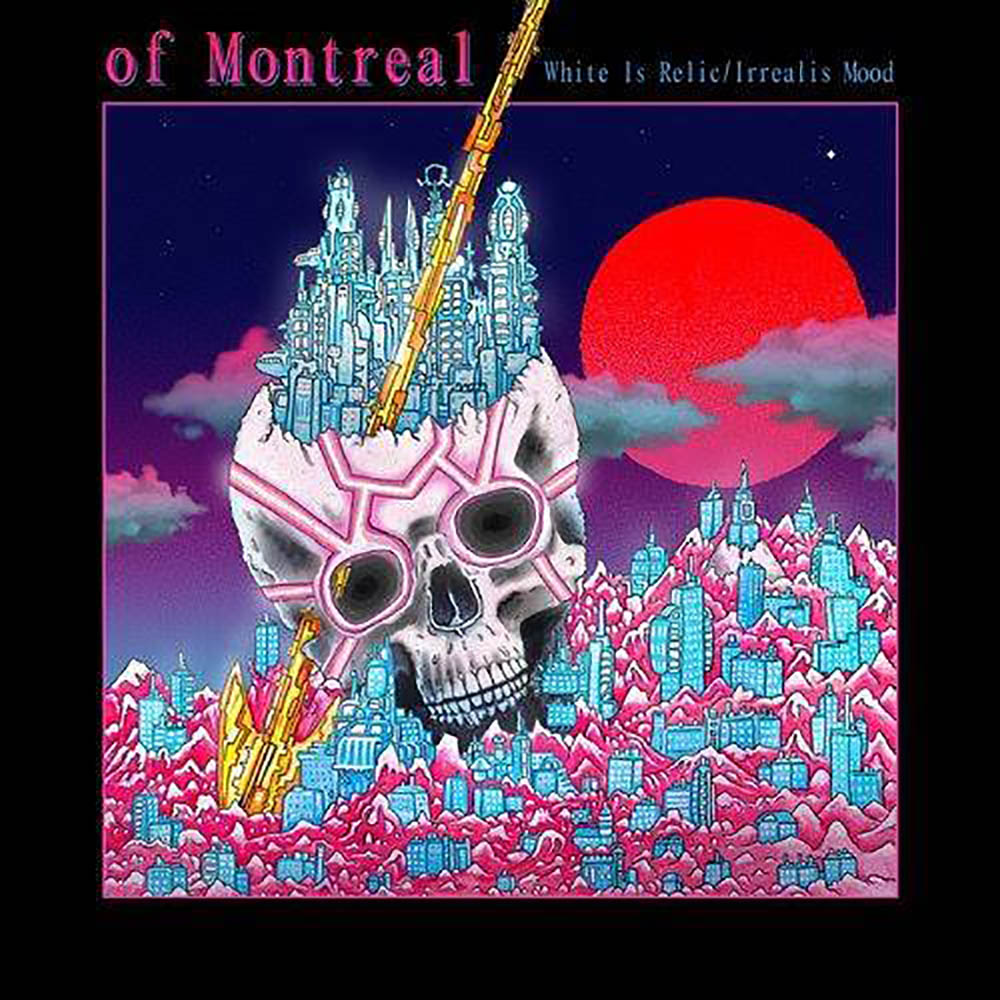 White Is Relic/Irrealis Mood, the upcoming full length from Of Montreal, is now up for pre-order at Polyvinyl. The limited variant is 180-gram black and orange starburst, with 1,000 copies. And the standard variant is 180-gram cyan wax, with both housed in a gatefold jacket.

You can also grab it on cassette.

The album is being released on March 9.