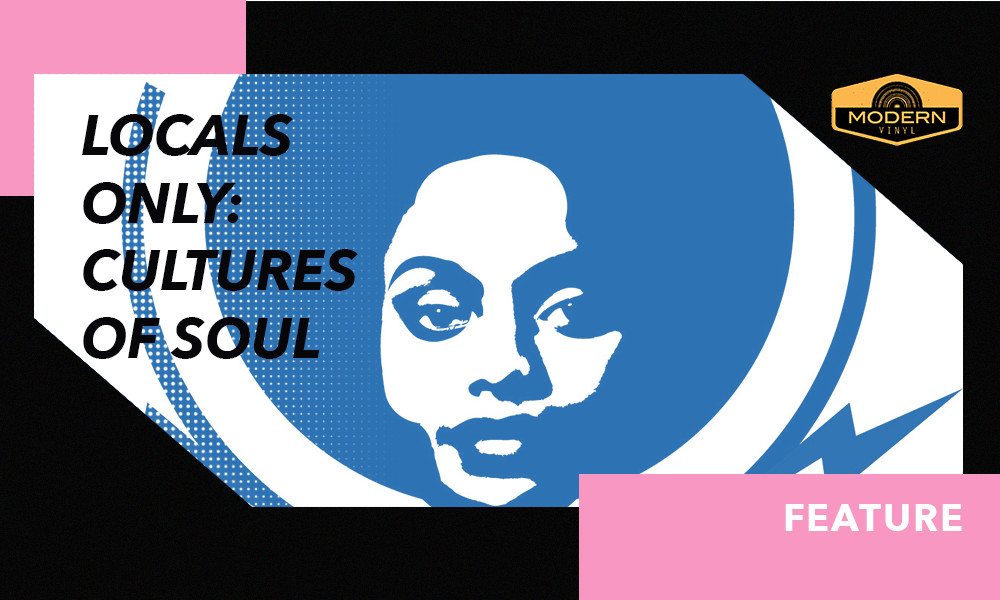 Locals Only is an occasional feature wherein we focus on a label which specializes in regional releases and reissues. The music of a specific town or area means the world to those who live there, but frequently doesn’t make it to the public at large. These labels are trying to bring unheard albums to a wider audience, and for that, we salute them.

Boston label Cultures of Soul was founded by Deano Sounds, and the label caters “to the tastes of DJs all over the world, playing unique, rare, and unreleased styles of funk, soul, jazz, disco, Latin, Brazilian, Caribbean, and African music for their dancefloors.” It’s a label based in the idea that music should move your feet, and well, the rest of your body as well.

Beginning with the label’s 2014 release, Bombay Disco: Disco Hits From Hindi Films 1979-1985, Cultures of Soul began curating “compilations that focused on unearthing disco/boogie/funk/soul tracks from the Caribbean, Brazil and South Africa, all with the dancefloor in mind.”

Their latest release, Tokyo Nights: Female J-Pop Boogie Funk — 1981 To 1988, saw the label going to Japan for the first time, and it’s an immediately essential blend of ’80s R&B and techno pop — music which could have easily played on the radio alongside something like Expose’s “Point of No Return.” As Eli Cohen’s liner notes point out, the music was “a distinct break from the folk and rock ballads of the ’70s [and music] that spoke to spiritual/economic struggles and emphasized social messages.”

We talked about all of this and more with Deano Sounds himself via email.

Modern Vinyl: When did Cultures of Soul get started?

Deano Sounds: Cultures of Soul got started in 2010 after many years of DJing and collecting records. The desire to obtain rare records and share them with other people was the initial motivation behind the label. 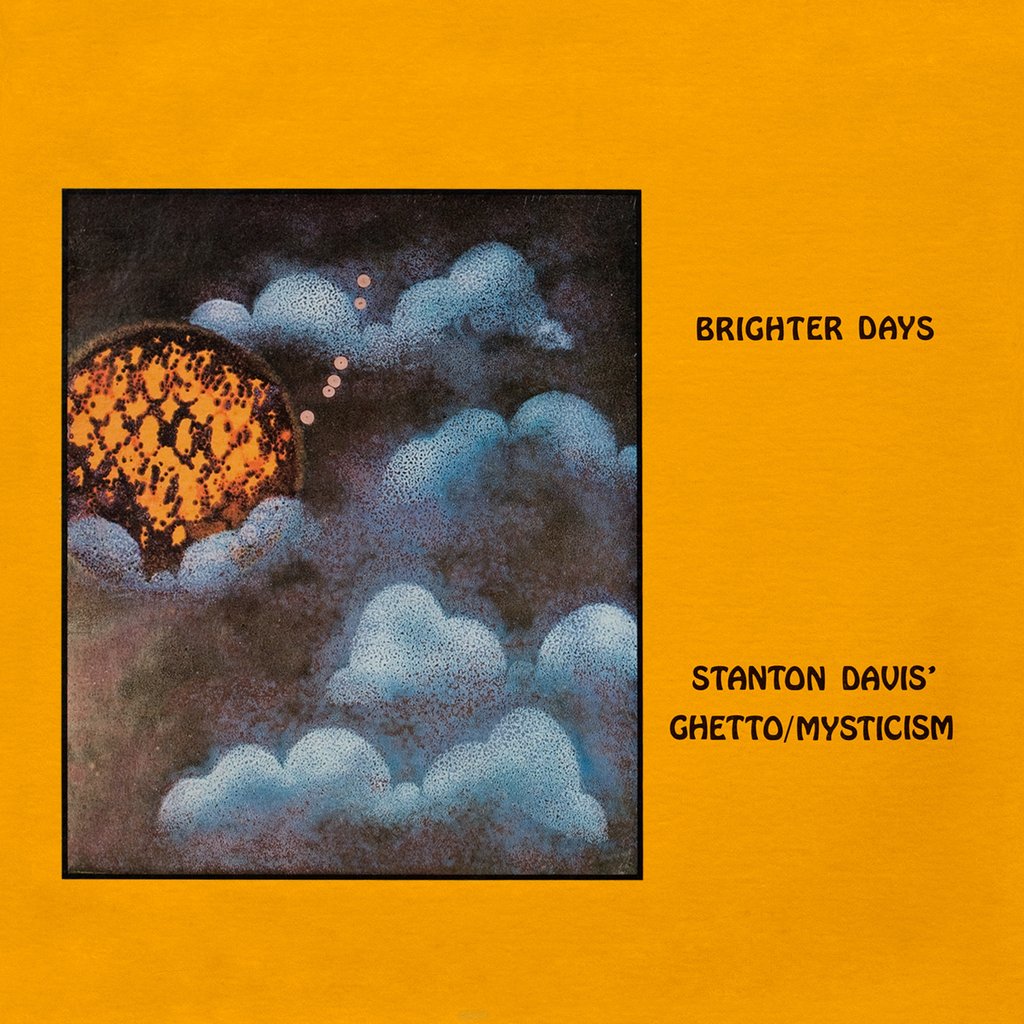 MV: What was the piece of music that led to the label’s genesis?

DS: That’s hard to pinpoint down to one piece of music that led to the start of the label, but it would probably be the discovery of master tapes from Bili Sparrow and the Original Black Sheep of the Family that got things started.  That, along with finding Stanton Davis and reissuing his brilliant Brighter Days LP.

MV: Did you have a plan when you started, or was it just kind of a thing that developed as it went along?

DS: Not at all (he did not have a set plan). The original goal, which actually hasn’t changed that much, was to release great music for DJs that they couldn’t easily find, and I think we’ve managed to do that. It developed from releasing 7″ singles to putting out compilations from all over the world.

MV: How long have you been involved in the dance music scene?

DS: I’ve been a DJ since 2001 and played all over Boston and a host of other cities since 2005. I’m still involved from time to time with (in my opinion the best dance night in Boston) Soulelajuh. I’m trying to spin outside of the city more often.

MV: Is the appeal of disco/jazz/funk compilations similar to Cultures of Soul releases in that you can make unknown/expensive records available to a wider audience, or is it something deeper?

DS: That’s part of it. But, ultimately, we are also telling the story of this great music, as well, through our liner notes and trying to put into context the time and space where this music was created. We’re also trying to get this music through to a wider audience through placements in TV and film.

MV: How do you start on the compilations which are the hallmark of the label — do you seek out DJs who specialize in something, do they come to you, or somewhere in between?

DS: I really just seek out music that inspires me and hasn’t been represented at all. Sometimes, I have to pair with someone on the ground [and] in the region where we’re trying to license the music, so we can get to the correct copyright holders.

MV: Given the age and relative obscurity of the records you’re releasing, what are the challenges?

MV: Part of that work has to be the remastering. How did you choose the folks you worked with to restore the music?

DS: I’ve worked with some great mastering engineers, including Jonathan Wyner of M-Works, who remastered many of David Bowie’s reissue albums. But our current mastering engineer, Jason Bitner, really knows our music well and has a lot of experience remastering from master tapes and vinyl records, which — [as] anyone who’s released vintage music knows — sometimes vinyl is the only source available to master from in this time and age.

MV: When the liner notes come together, do you look to people who are already experts in that specific niche, or do you conduct interviews and do research, yourself, as well?

DS: It’s a bit of both, really. It just depends on the project. A lot of times I’ll do the interviews and research, and other times whoever is helping me license the material on the ground will do the research and interviews. This was especially helpful on our Boogie Breakdown: South African Boogie Synth, where DJ Okapi actually had already interviewed many of the artists before we even considered them for the release, such as Don Laka.

MV: How important is it that you place your releases within a cultural context — both in terms of how the music was affected by its particular time and place, but also how it relates to the musical world at large?

DS: To me, it’s very important. It can really make a powerful statement about the music if there is some cultural context behind it. Beyond just helping to tell the story of this great music, it enhances the music and if it’s documented effectively, it really brings the listener to that time and place. 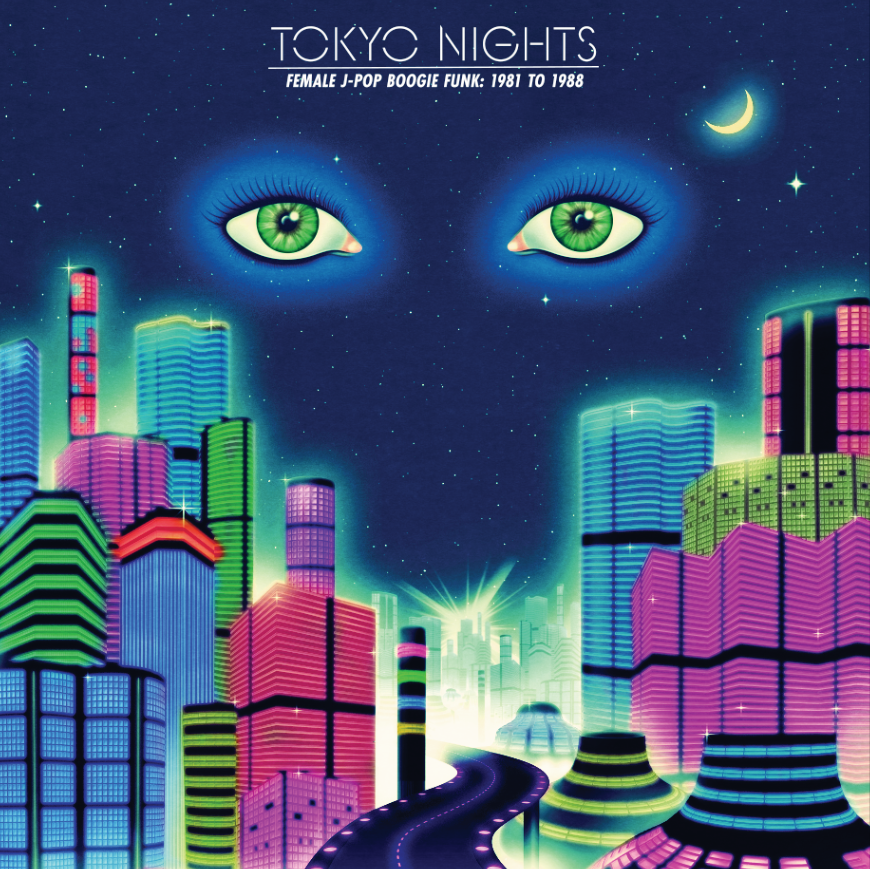 MV: So much of your focus has been on North and South American music, along with the “Bombay Nights” disco records. What led to the “Tokyo Nights” release?

DS: Well, I noticed there hadn’t been a compilation of ‘80s Japanese boogie funk, and the music is just so fantastic that I thought it was a great idea.

MV: Were there any big differences involved in jumping into Japanese music?

DS: Not really. I mean, I’ve put out music from all over the world, so nothing is really surprising at this point.

DS: We’re finalizing the tracklisting for the second volume of Greg Belson’s Divine Disco, putting together a compilation of Boston reggae music, and hopefully starting our LP subscription series this year! Up next is a 12″ by local Boston boogie artist, Saucy Lady, covering a couple of Japanese tunes.

Cultures of Soul’s releases can be purchased on vinyl through their website.