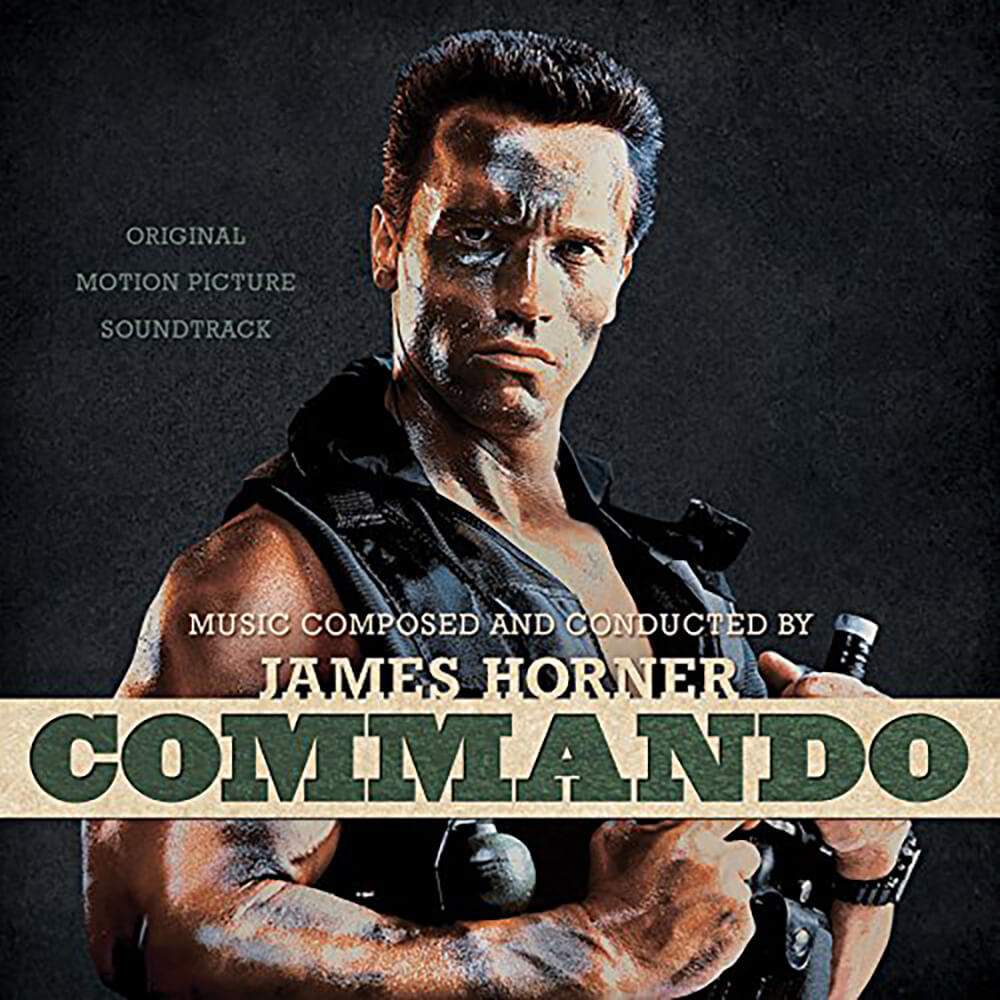 Real Gone Music is releasing James Horner’s score for Commando onto vinyl. For this first vinyl release, the label is using the tracklisting of the La-La Land extended CD version, “complete with three bonus cuts of music that did not appear in the movie and The Power Station’s ‘Someday, Somehow, Someone’s Gotta Pay.'”

The variant they’re selling is a bone with black splatter, limited to 1,500 copies. Real Gone typically has a second, more limited variant eventually on sale at their webstore.

It’s set for release on April 6.