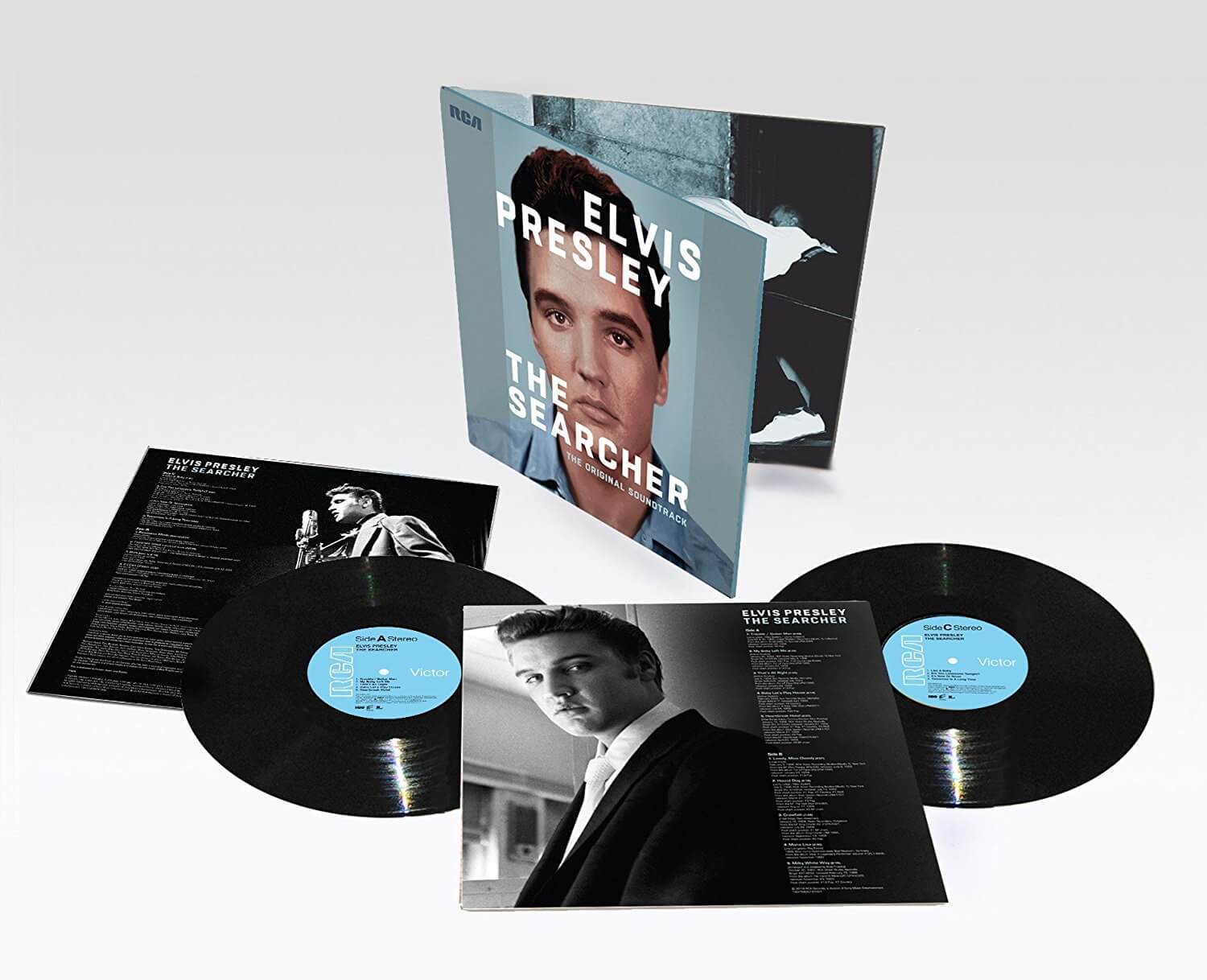 The upcoming HBO Elvis Presley documentary, Elvis Presley: The Searcher, is getting its soundtrack pressed to vinyl. The double LP is described as follows:

In his package notes for Elvis Presley: The Searcher (The Original Soundtrack), director Thom Zimny writes, “the soundtrack was in my mind from the beginning. I wasn’t just making a film, I was thinking about the collection of recordings I would gather for a person who saw the film, who wanted to complete the experience, just as I always had. Thankfully, our friends at Sony gave me and the Searcher team the chance to create this collection. It’s been in my mind for years now. To me, this collection is part of the film.”

“So, in this collection, one gets not a Greatest Hits package but a song-by-song, curated portrait of an artist,” writes Warren Zanes in the book featured in Elvis Presley: The Searcher (The Original Soundtrack [Deluxe Box Set]), “….an artist who very consistently and courageously gave himself to his performances, as if in the giving he might find some missing part of himself. The truth in his voice, in the end, was the sound of a searcher. Along the way, he built a catalogue as deep as any found in the broad and beautiful vistas of American music.”

The soundtrack is being released on April 6. A deluxe edition (3xCD) also includes part of the doc’s score by Mike McCready (Pearl Jam).