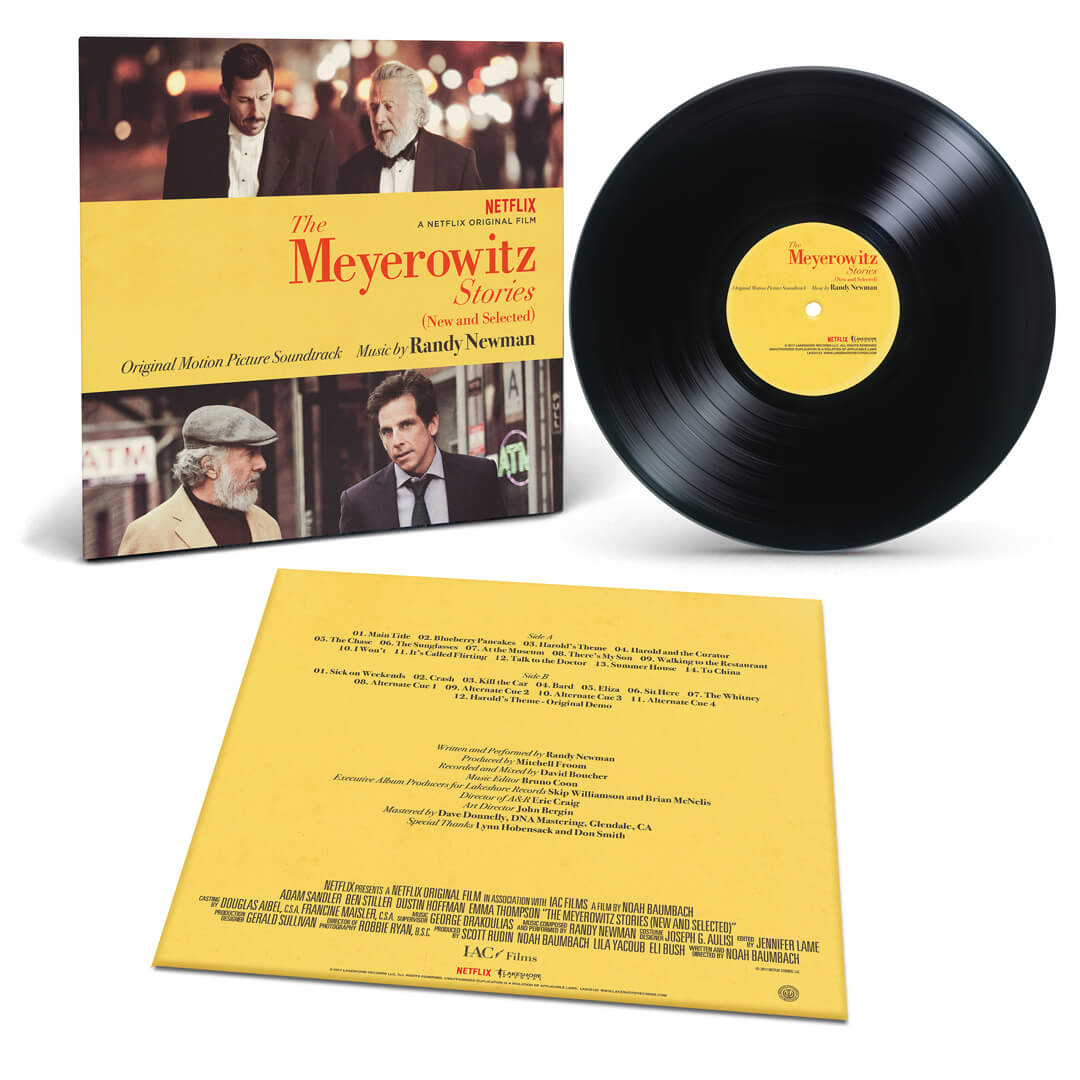 Randy Newman’s score to The Meyerowitz Stories (New and Selected) is being released on vinyl through Lakeshore Records. This is actually Newman’s first solo piano score (he’s been nominated for 20 (!) Academy Awards, by the way) and it’s being released on 140-gram black vinyl, cut at 45 RPM “for optimal sound quality.” Newman provided a short and sweet quote to Modern Vinyl in honor of the release: “I love vinyl.  I’m glad when something I’ve done is released in that medium.”

It’s being released on Feb. 23. You can stream the entire thing below.