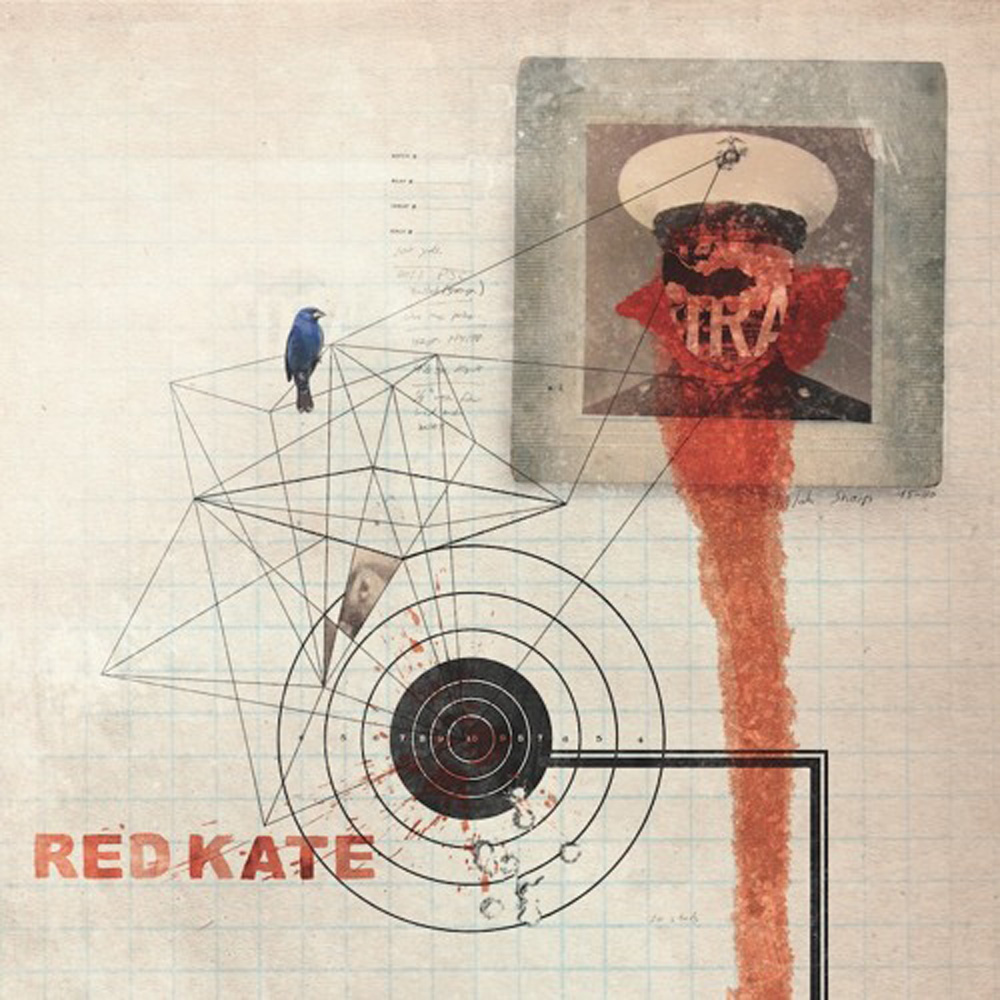 Kansas City’s Too Much Rock Single Series exists through a simple mission: “Each old-school two-song single features one unique song paired with one cover chosen by the site. We press 500 limited edition copies and then simply give them to the band. We lose money. Bands make a little. Vinyl lives. Everyone wins.”

All the bands are local to Kansas City, as the series has featured power-pop from Berwanger, the Uncouth’s streetpunk, and the off-kilter rock ‘n’ roll of Schwervon over the course of the six previous 45RPM singles. The latest installment is from political punk rockers Red Kate, who continue their spate of vinyl releases with the stomping “Iraqi Girl” on the a-side and a cover of T.S.O.L.’s “American Zone” on the flip.

You can take an exclusive listen to “Iraqi Girl” below, and pick it up starting on Feb. 23.

We asked Too Much Rock’s Sid Sowder as to why he picked Red Kate for the latest single, as well as why he chose “American Zone” as their cover.

I first met Red Kate frontman L. Ron Drunkard not at a concert, but at a May Day event at a North Kansas City public library. So, for years, I knew him only as a labor activist, not a musician. Now I know the two passions are not only balanced, but also intertwined as Red Kate. Drunkard’s lyrics are overtly political, yes, but the band never loses its humanity.  The message is never academic, but instead a call for the everyman to pick sides.  It helps that every word is supported by music that revels in the gutsy and honest pub rock of the ’70s. There’s no room for flowery solos, nor a need to burn everything down and start fresh.  The guys in the band live this life as well.  Everything from their album jackets to the shirts they sell are proudly union made. That ethos was something Too Much Rock definitely wanted to align itself with.

How could I NOT ask Red Kate to cover TSOL’s “American Zone?” The song practically screams Red Kate with its crooned baritone vocals, the churn and tumble of the rhythm, that great rock & roll guitar lead, and its timeless message of privilege that always lets someone else pay the price of war. Listen to the band’s recording, or better yet, see them play it live, and you’ll understand why this is now a Red Kate song.

You can pre-order Red Kate’s Too Much Rock single from their Bandcamp page.