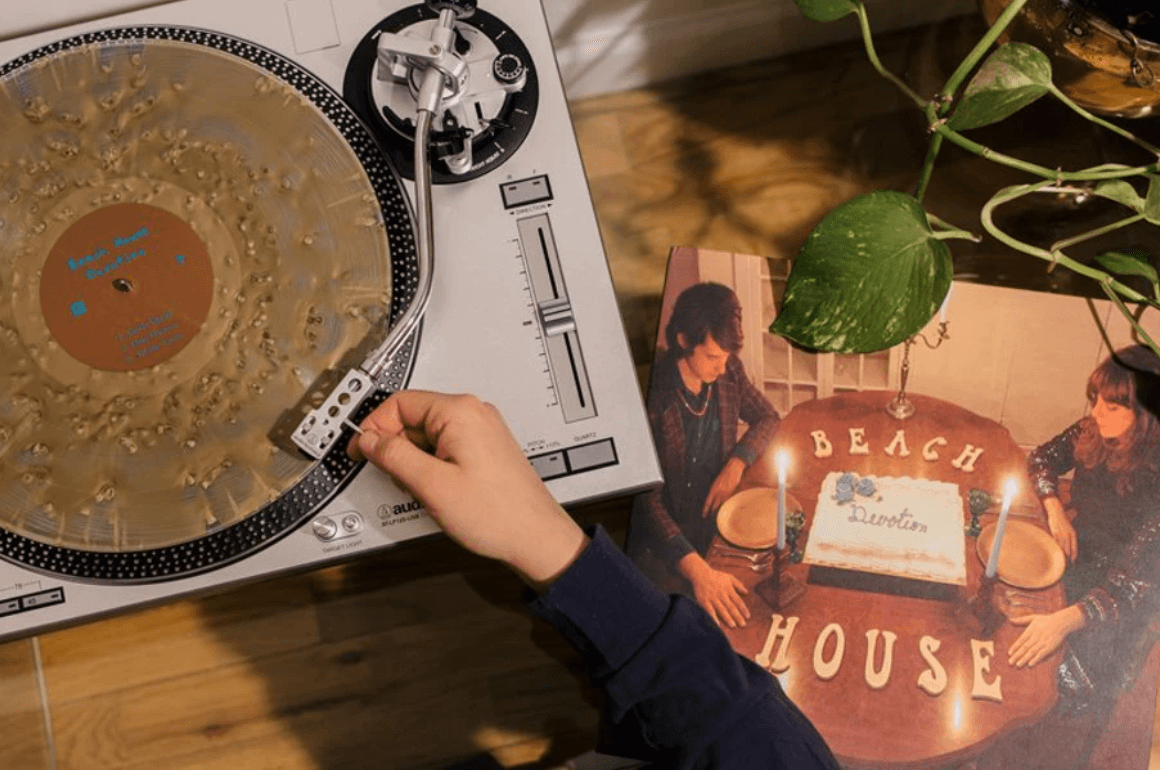 Devotion, the 2008 album from Beach House, is getting a 10-year pressing as part of Vinyl Me, Please’s Record-Of-The-Month club. You can see pressing info below:

You can sign up for the service here. You have to sign up by March 15. And here’s a snippet on the audio of the reissue.

Let’s talk the packaging and remastering. As I understand it, the band has been involved with this since the beginning, since they own the masters now, right?

Yeah, they’ve been involved since day one on this edition. When we were planning with them, we talked about how we wanted to make this the definitive edition of this album that’s ever been released on vinyl. They were excited to rework this album’s package and mastering to make this one that collectors and Beach House fans thought was amazing.

So we decided to have it half-speed mastered at 45 RPM, and we’ve put it on 180 gram vinyl, and two LP, which gives a lot of space for this album on the records, making it sound better than it has ever sounded. It’s an audiophile-level pressing. Then we put it on a new cloud effect that we’ve never done before, and the band approved the color choice, and they approved the test pressings themselves.