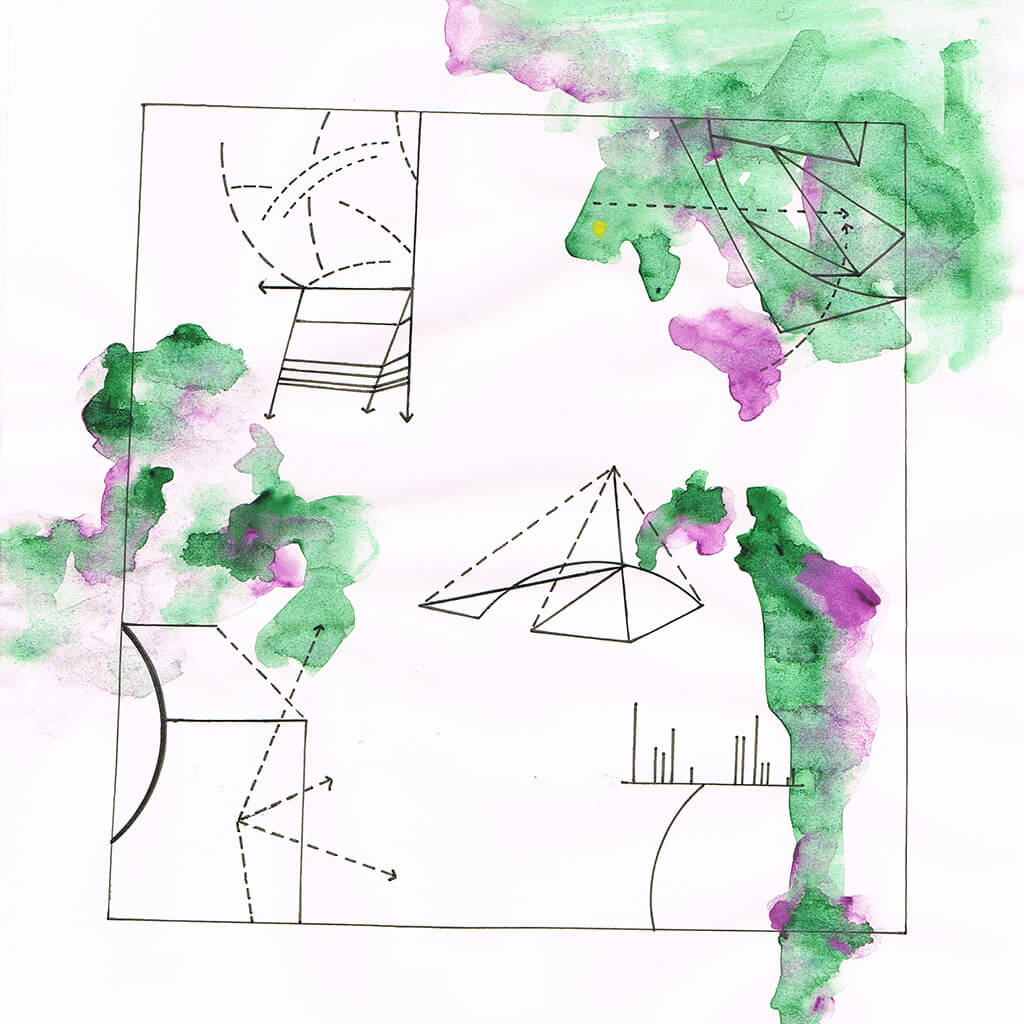 The third and self-titled album from Young Jesus, released through Saddle Creek, saw its physical release in late February, along with a digital in November of last year.

John Rossiter, the band’s singer-songwriter, gives us an in-depth look into the thought process behind the LP, by way of the traditional track-by-track. The album gives listeners a peek into the small moments that often go overlooked in life, like phone calls and highway rides. To some, they’re small and mundane details, but they’re parts of the thematic whole here.

I wrote this tune in lieu of reading a book called Hyperobjects by Timothy Morton. He, Donna Haraway and Anna Tsing are some of the only writers/philosophers where I see a kind of optimism built into their thinking. I think they’re grasping for something really truly original — not just a takedown or analysis or proof of the failings of our current system. I think that stuff can be helpful, but I think they can sometimes function as argument enders. I’m more interested in extending conversations, listening to each other and responding in kind, based on context. Context is so vital to me. We have a right to free speech, but I believe we also have an obligation to consider context and to consider other people when we speak. Maybe the erosion of our public spaces and education system has led us away from that. Maybe we never considered that. But I hope we can start. Allowing for people and things to be strange, to be mostly withdrawn from us, to have a kind of mystery and beauty that we cannot know or prove. To give people and objects space for that is important to me. That’s, very generally and very loosely, what informed “Green”; a pop song that is very general and very loose too!

Oh dang. I was very sad, very heartbroken when I wrote this. It’s about dreaming of a future, more along the lines of one my parents had, with a house and kids and a pool (which we didn’t have, but it seemed nice during the L.A. summer). That kind of domestic thinking, building a world so influenced by the actual physical construction of a house, creating a self [that’s] influenced by the physical space you’re in is interesting. It was a thing I was accepting without looking inward, without seeing the kind of assumptions I was making in getting there. So the song was the idea that: “Dang, I can’t be my parents. I can’t be a room. I don’t know what I am. Still figuring it out.”

This tune is going through the phases of a heartbreak and starting to realize, in that space, you’ve forgotten to maintain the things in front of you. It’s a very special song to me because it’s a song for my mom. I was seeing how much I’ve learned from her; how much I admire her; acknowledging that I’d made my life about my pain for so long [that] I was long overdue in considering her (and others as well). This is the tearjerker for me. When thunderstorms would start rolling in during a Chicago summer, my mom would open the garage door and set up lawn chairs to watch the sky turn green and fill with vapor and heat until it all breaks. She’d make popcorn too. That’s a magic thing to me.

“Where does love go? Why does it fade? Does it always fade? Is it a thing like memory?”

I’m not sure. I don’t think you can possess it or control it, but I think you can live with it, within it. It’s greater than us and it may all be about listening and tuning oneself to its frequencies. Being receptive. Maybe passivity is underrated in our culture. To allow things to happen and not be obsessed with influence and action. I certainly think it’s underrated in the culture I was born into, being a white man. Anyway, I hadn’t gotten there yet. I thought things just dissolved into heat, conservation of energy. Perhaps they do, but then I think you can expand your understanding of love to something greater, something cosmic or universal. That heat, that energy, is still there. I don’t know how we end up with specific individuals; I don’t think it’s arbitrary. But an attainment to that love on a grand scale is important to me.

Driving through the desert on tour with your friends at sunset is a beautiful thing. Even to be longing for something else in that space is beautiful, especially in reflection. How these emotions bend and adjust and change is what this tune is about. The glow at the end of it is implying a kind of incomprehensible, tangly wonder to me.

I’ve kind of overlooked how these songs function musically, but I hope it mirrors some of the lyric themes. This song is what led us to where we are as a band. It’s the product of a year of practice and improvising and exchanging ideas. We were really trying to play music that felt challenging but comfortable. Places where we could explore and listen to each other and find active spaces of compromise between us. I think we (me, Marcel Borbon, Kern Haug, and Eric Shevrin) have learned a lot from one another. I have a deep trust and respect for each of them as thinkers, musicians, and most importantly, friends. “Feeling” was the first song where we thought, “Dang! we can do this!” Hey, maybe we can’t even. But it makes sense to us. And it has gone outward into our lives, with a belief in learning from mistakes and uncomfortable [situations], listening, allowing people to be vulnerable and meeting them with vulnerability in kind. Not always easy! But trying is beautiful. It’s everything.

Woof. More memory stuff, the decay and the sadness and the changes that happen to it. The valences that keep adjusting. How I was so sure of something one moment and how quickly it becomes something different. It’s important to keep in mind this record is just a snapshot of some people. Life is a process and I feel differently about this record than I did when I wrote it. But here are some emotions, incomplete and messy, preserved in amber. Things breaking, things coming together. I hope that, as this music is distributed, someone can hear it and feel some sense of solace, of comfort, of that grand kind of love.

This song is about my sister, who has helped me through trials and who I have helped in return. I’m trying to learn from those I love, make room for them. I’m proud of her. She’s shaped me in so many wonderful ways. Ultimately, I’m most interested in how music has and continues to teach me how to treat people with respect and kindness and thought. I’m thankful for the privilege of sharing it.

Criticism (a thing I did a lot of in my teens and early twenties) — I’m trying to reserve that for myself and for the system we find ourselves in. I have a lot to learn. And I have been wrong often. I’m still wrong! All the time! I am in that “dirty shirt” always. But maybe we all are, and we’re trying.

Young Jesus’ self-titled record is available now on the Saddle Creek webstore in various formats: a tri-colored LP limited to 150 copies, a standard black LP, a CD, and a cassette tape. All orders will come with an MP3 download of the album. Digitally, you can find their music over at their Bandcamp page.