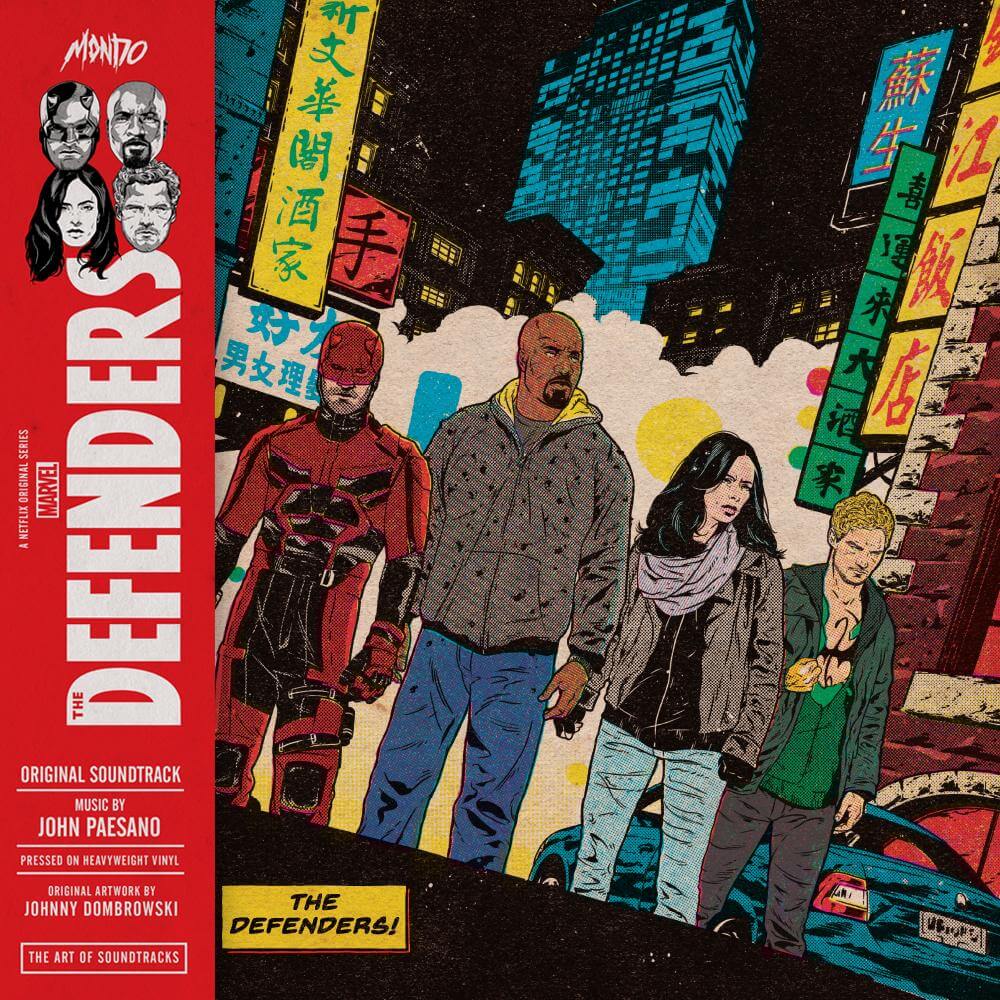 Mondo has announced the release of the score for Marvel’s The Defenders. The music is by John Paesano and that awesome artwork (also below), is by Johnny Dombrowski. The pressing is on red/yellow split for one disc and purple/green split for the other. You can also grab it on 180-gram black.

The records will ship out in late April.