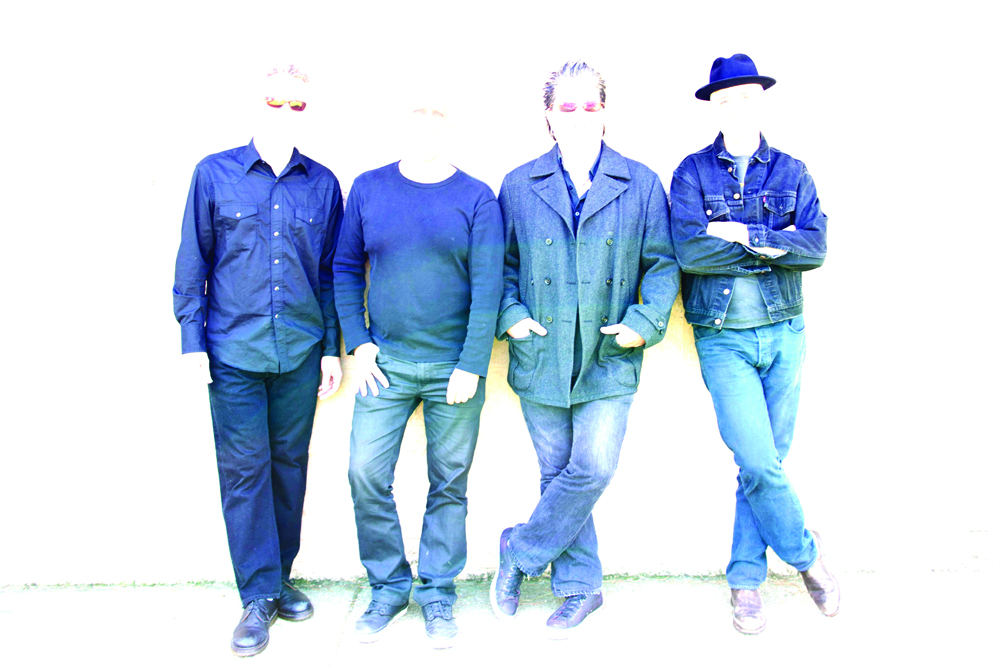 Although Camper Van Beethoven side project Monks of Doom released a covers album, What’s Left For Kicks?, in 2006, it’s been over 25 years since their last full-length of original material, Forgery. As an example of just how long ago 1992 was, the album was released on I.R.S. The new album, The Bronte Pin, was sent to Kickstarter backers in November of last year, but the official release on CD, digital and streaming formats comes via Pitch-A-Tent Records on March 23.

The album is a welcome return for the band — which features Camper Van Beethoven’s Victor Krummenacher, Greg Lisher, and Chris Pedersen, along with David Immerglück of Counting Crows — and sees them exploring folk-inflected progressive rock that manages to be serene and pastoral one moment, and thunderous the next. It makes The Bronte Pin quite an involving listen, and one you’re likely to dissect for weeks after first listening. We spoke via email with bassist and lead vocalist Krummenacher about the recording and release of The Bronte Pin. 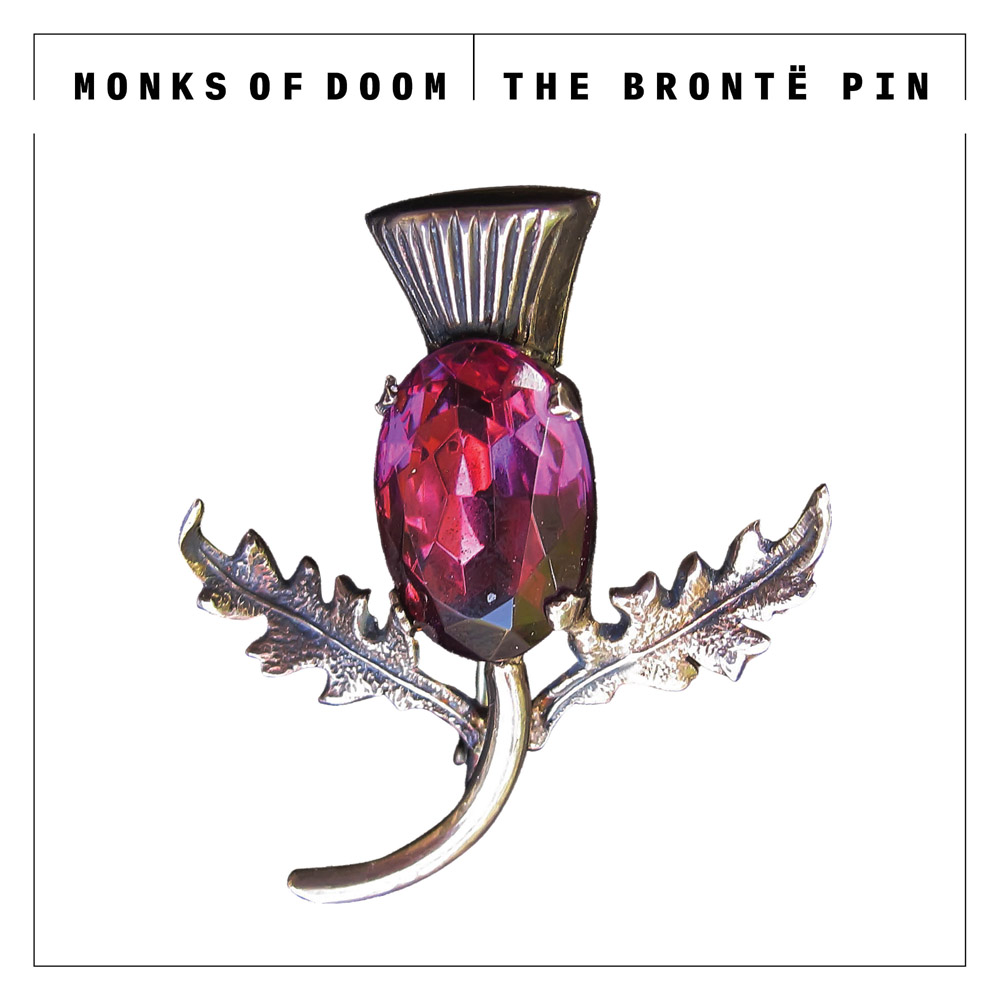 Modern Vinyl: Given that the album took so long to record, is the release of “The Bronte Pin” something of a relief?

Victor Krummenacher: I would say it’s a relief, yeah. When you do an album this intensive over a long period of time, you lose perspective, and that’s certainly what began happening. It’s the most organic band I’ve ever been in; our working relationships are good and it’s very collaborative. But between all the bands we’re in, as well as having Chris living in Australia, it’s a real slog sometimes. And a labor of love. But still, making an album is NOT an easy thing. Keeping perspective is important, but very hard.

MV: All members split their time between at least two other bands, none of which are known for heavier music. Does the ability to go hard lend a certain appeal to Monks of Doom?

VK: Yes. It does. I certainly like playing acoustic music. Camper Van Beethoven has a legacy of both lightness and darkness blended together, but the band never was as heavy or as loud as the Monks. The Monks are visceral that way. It’s physically demanding, hard, loud music and playing.

MV: The folk aspect of progressive rock really seems to shine through on “The Bronte Pin,” especially on tracks such as “Duat! Duat!” and “John the Gun.” What led to exploring that particular avenue?

VK: David and I are real acolytes of things like Soft Machine, Roy Harper, Fairport Convention…and there’s a cross between Fairport and Jethro Tull because of Dave Pegg…you can have odd time signatures and drop measures with acoustic guitars, you know.

MV: Along those lines, the instrumental cuts from Monks of Doom have always had a certain cinematic quality. Is that intentional, and if so, what are your influences there?

VK: You know, the Monks was initially mostly instrumental. I don’t think I came into my own as a songwriter [until] well into the 1990s. There were moments where I hit the mark, but you know I had a slow burn there. But the band always had a fertile instrumental imagination…it was organic from the first time we played. And I think we all DO have a love of things like Nino Rota, Bernard Herman, Passolini, films like Blow Up…all that stuff just kind of percolates in us naturally. Plus, we’re all studio hounds, so the recorded versions of the songs, to be successful for us, have to have evolution and motion. So they’re kind of cinematic by default. But remember too, our first album was the soundtrack to an imaginary film.

MV: Studio engineer Bruce Kaphan added mellotron and “other odds and ends along the way.” How do you interpolate his work in the project?

VK: Bruce has been fundamental to most of my solo work for the last 25 years. He and I have a tight, intuitive friendship. We hardly have to even speak to each other in the studio. He seemed like a good choice to work with the Monks. He’s been engineering for a long time, and isn’t at all afraid to push himself or the band, and the Monks were out of his usual wheelhouse, which he likes. He’s one of those guys who gets off changing it up. He added a lot of smart choices, from small keyboard parts, to structural editing, to some damn fine mixing. He’s crucial to the success of the album.

MV: When you’re putting together these tracks, what’s the basic starting point: is it lyrical, a riff, or just sort of a concept?

VK: This album was all over the place. The majority of it was improvised in the studio, and then edited together, but there are obviously some pretty straight pieces in there. So yeah, a groove, a riff, but something like the Last Leviathan was a hard write. I was trying to bring in a bunch of elements into one song; that felt like a bunch of our older stuff.

MV: The band added their music to streaming services for the first time last year. What were the band’s feelings on making this happen?

VK: Mixed to say the least, but our early albums are all very out of print. So it just seemed like a cheap way of making the music available again for people. I’ve made a LOT of albums over the last 35 years, and archiving is a huge problem. The tapes are old, the artwork is lost, etc. So just keeping this stuff alive seemed worthwhile at the moment. But, obviously, I’m not a fan of Spotify, etc. But it is where people listen. Some days I just feel like opting out of all that, just press the damn CD and sell it through the website…the internet is kind of the death by devaluation of all things cultural. I have mostly negative feelings about interacting with it these days.

MV: There’s a brief spate of dates supporting the album. What can fans expect?

VK: Monks of Doom, hands down, are the best live band I’ve ever played with. It’s kind of crazy loud, aggressive, hard. Super tight but also improvisational and crazy. And fun. The band is a TON of fun live. It’s really hard for us to get together, much less tour, so I am looking forward to this very much.

The Bronte Pin is available on CD from Monks of Doom.