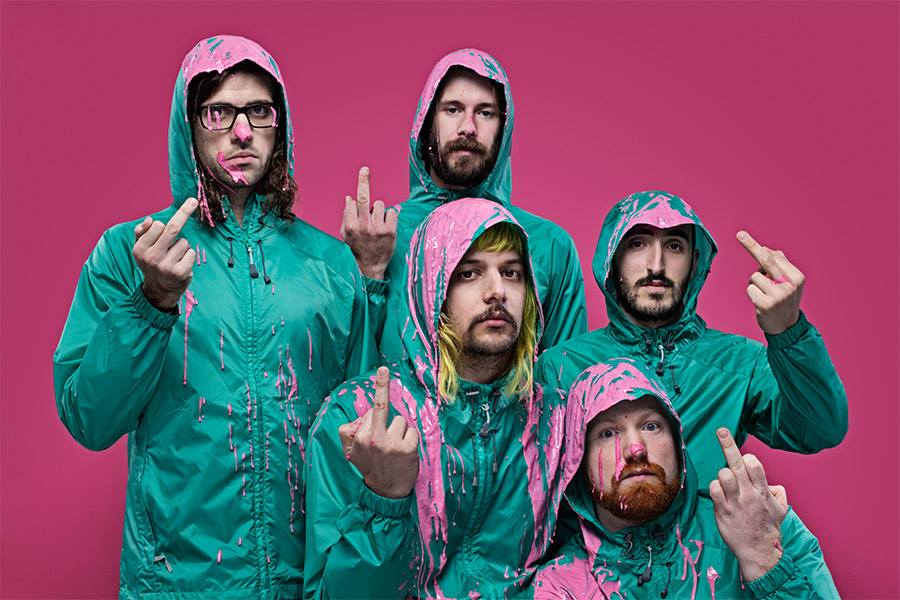 Back in 2009, Australian rockers Closure In Moscow released their debut album, First Temple, via Equal Vision Records. Nine years later, the band is on the road with Protest The Hero, performing the album in full (Protest is playing Fortress in full for its own 10th anniversary).

The band put together a throwback Tracklisted of sorts, pertaining to albums that helped shape First Temple, as well as ones marking their journey to the United States during the 2008-2009 timeframe.

Bon Iver —  For Emma, Forever Ago

Pure honesty and frisson-inducing melodies. It’s arguably one of the best breakup albums of all-time and every word evoked something in us that really resonated with the fact that we were about to embark on a journey to the U.S.A., alone, not knowing what the future held. It became the background soundtrack to recording our debut album in the winter and really shaped the way we approached writing.

Raphael Saadiq — The Way I See It

This album was absolutely bumpin’ all throughout writing First Temple. I just love the way the beat pushes and pulls throughout the songs. It really changed the way I looked at and felt time in songs. Sometimes there is no time for what you want to convey and a bit behind the beat is just the trick.

[We] seriously loved the ideas [that were] conveyed. Nothing sounded like this at the time and it was super influential in showing us that unconventional sounds can be hooks or anything else you want. Real game changer for looking outside the box. These days, there is no box. Anything goes.

Bloc Party — A Weekend in the City

A great follow-up to Silent Alarm. It had wicked guitar playing and high energy. That U.K. indie-pop jangly guitar, combined with some solid vocal melodies made us really shift BPMs and look at overall pace as a tool to convey emotion.

As Tall as Lions — Self-Titled

Beautiful. Powerful. Honest. When I first heard this I was in awe; akin to the look you give a person when you’re experiencing cognitive dissonance with something they have done. The songwriting is next level and the use of a multitude of instruments to convey a message really made us look at other options. If you haven’t heard this, find it. Devour it.

This is a super underrated album. I stumbled upon this beauty after meeting a friend of a friend backstage after a show. “Hey man, you like Elbow?” My intrigue piqued, and thus began an amazing aural journey. It’s super honest [and] heartfelt songwriting with a proggy vibe. The sound of this album is what really inspired us to try different recording techniques too.

Pretty revolutionary idea to release an album and let people pay what they want for it. I gotta say, this album infected us all and Thom Yorke’s haunting vocal delivery made us take a look at how vocal patterns moved with odd time signatures and grooves.

Kings of Leon — Only By Night

“Yeaaaaaaaaaaahhhhhhh…” “Sex On Fire” became somewhat of a meme throughout the band. We would answer “yes” to everything with that signature “yeah.” In all seriousness though, this album is a pop masterpiece. Well-crafted songs that deliver just the right hook at the right time. It’s probably why I’m a sucker for a 3:30 pop banger, and became conscious of mixing the prog with a little pop. Homeboy’s been blessed with an iconic voice and it just goes to work on this album. I loved KOL when they were backwater hillbilly bros, I love this suave new “we play rock music” cool look too. Just solid.

I’ve been on Kanye’s Kool-Aid since the start. Kanye’s a helluva drug. This album dropped and we bumped it ’til no end. It was huge, everybody was doing it. It made us more aware and conscience of where we put bass drum kicks in the bar. Wherever we want!

We love Erykah Badu. The woman could sing over children banging pots and pans and it would be sultry and have soul. This album was an interesting turn for her, mixing more elements of electro and her signature soul stylings. It’s super refreshing and ignited the idea of melding different samples and genres to create a different vibe and shift moods within our own music.

First Temple is available on vinyl for the first time via Equal Vision. You can pick that up over at the Equal Vision Webstore, where it’s pressed on standard black wax. The pressing is limited to 500 copies.

You can check out the dates where they’ll be playing First Temple, below: