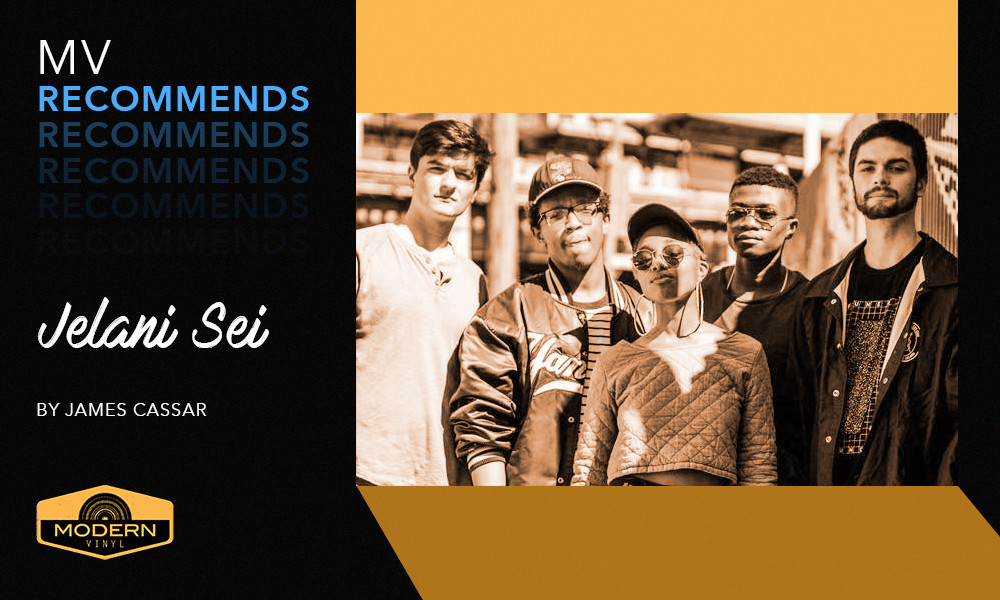 On paper, Hartford, Connecticut doesn’t seem like the most fertile arts community. Sure, the Mark Twain House is a popular tourist attraction and three members of Toto call Hartford a hometown, but it appears largely overlooked when compared to behemoths like Boston and Philadelphia.

When zeroing in on the University of Hartford, however, the narrative changes. UHart’s music program has allowed proud alumni the chance to create expansive, challenging releases that boast the muscle of higher education with the half drunk, wholly ballistic spirit of DIY. In contrast to Hartfordian exports like Queen Moo and Cheem, two outfits who capture those adjectives, Jelani Sei injects a hybrid of funk, soul and jazz into a coastline largely obsessed with fuzz and malaise. Members Kayana Guity and Evan Lawrence did relocate to Philadelphia and SUNY Purchase shortly after freshman year — a university responsible for the Double Double Whammy bloodline of artists – but the exploratory nature of their former haunt still lingers.

The Jelani Sei mission, refined and earthy on last year’s LVNDR TWN, combines postgrad soul-searching with an activist mindset. Like their contemporaries, there are songs about smoking away rent checks and raising glasses while under the legal age, but there’s a clear dividing line. This is a group primarily composed by people of color, and as vocalist Guity asserts on closer “Msg,” Jelani Sei is writing against the power structures that squash upward mobility. Here, Guity pushes back against police with a warning: “you’re not gon’ tell me how to feel, how to scream, how to BREATHE.” That capitalization is hers in the lyric sheet, and it’s delivered with urgency, certainty, vibrance.

It only seems natural that Jelani Sei would directly follow “Msg” with a track named after Maxine Waters, the California representative who just recently made headlines for trading insults with Donald Trump. (To be fair, being called a “low IQ individual” by a man who has to assure his voting public of his mental stability with each passing tweet is cause enough for clapbacks, and this isn’t the first time Waters has spoken out against 45.)

Waters “reclaimed her time” against Steve Mnuchin early in Trump’s presidency, a black leader’s fiery rebuttal against white male incompetence. Jelani Sei’s tribute to this woman is equally fed-up and maxxed-out, featuring newly recruited drummer Jaylen Petinaud in his first recording with the group and young jazz star Brandon Woody on trumpet. Guity’s vocals are as smooth as ever, but spiked with the gravity of theft. She chalks up what’s stolen to what white hegemony finds socially acceptable. As this laundry list of reclamations rattles off in thick phrases, the background swells and twists across genre and cultural fluencies: jazz guitar riffs give way to mathy churns of percussion courtesy of Petinuad. The whole experience is locked in a groove that perfectly encapsulates Jelani Sei’s “future-soul”: it’s familiar, but just enough for a listener to discern its incongruences and thorns. Jelani Sei is headed to capture the microphone, and such a takeover isn’t a filibuster as much as a foregone conclusion.

Jelani Sei’s back catalog is available on Bandcamp. The band is currently on tour with Remo Drive, fellow UHart grads Sorority Noise, and Animal Flag.