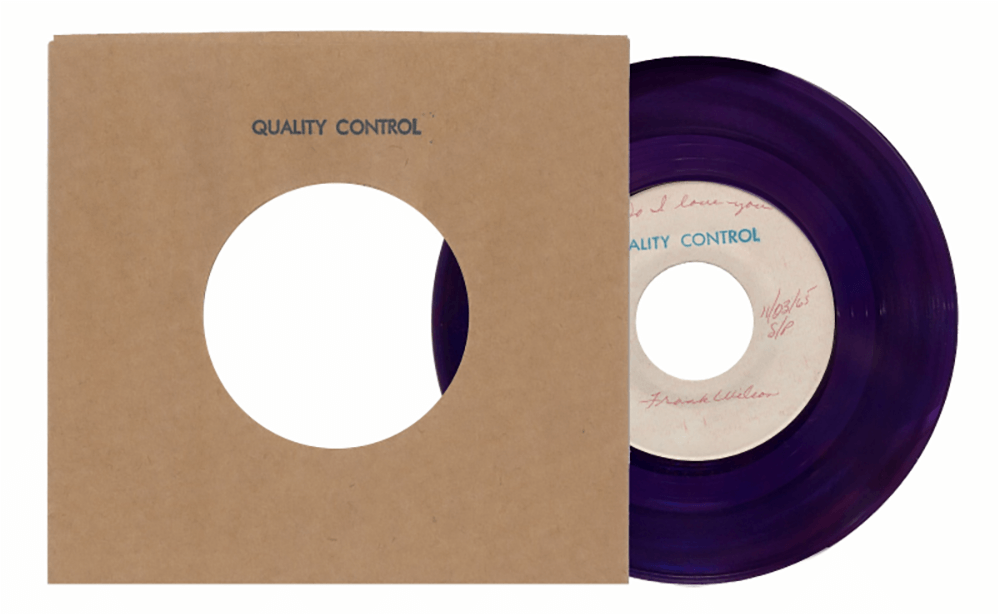 On top of their Los Lobos vs. The Shins release and a new Joshua Hedley 7″, Third Man Records will also release a 7″ from Frank Wilson. The You can see the details below:

Never officially released by Motown Records at the time it was recorded, this single has long been the holy grail for both Motown and Northern Soul collectors.

Frank Wilson is now ultimately best known as a producer at Motown, but he was once an aspiring artist himself. In the lead up to the intended  release of “Do I Love You”, Motown executive Berry Gordy asked Wilson if he wanted to follow the path of an artist or a writer/producer. Wilson chose producer, and this single was left for dead by the label. But good songs almost always find their way into the canon, and with bootleg copies credited to Eddie Foster in hopes of obfuscating the original artist and origin story, this song became a staple of the British Northern Soul scene after one of the two previously known copies of the record was stolen from Motown in the 1970’s. A third pristine test pressing appeared in the recent past at Melodies & Memories in Eastpointe, Michigan, and was subsequently sold by record owners Denise and Dan Zieja to Jack White.

The pressing is on purple vinyl, with each copy hand-stamped with the “rubber stamp used on Motown test pressings and facsimile labels believed to be penned by the hand of famous Motown producer Norman Whitfield. ”

It will go out to RSD retailers on April 21 (and one would assume the Third Man stores) and a black version will be released on the future.