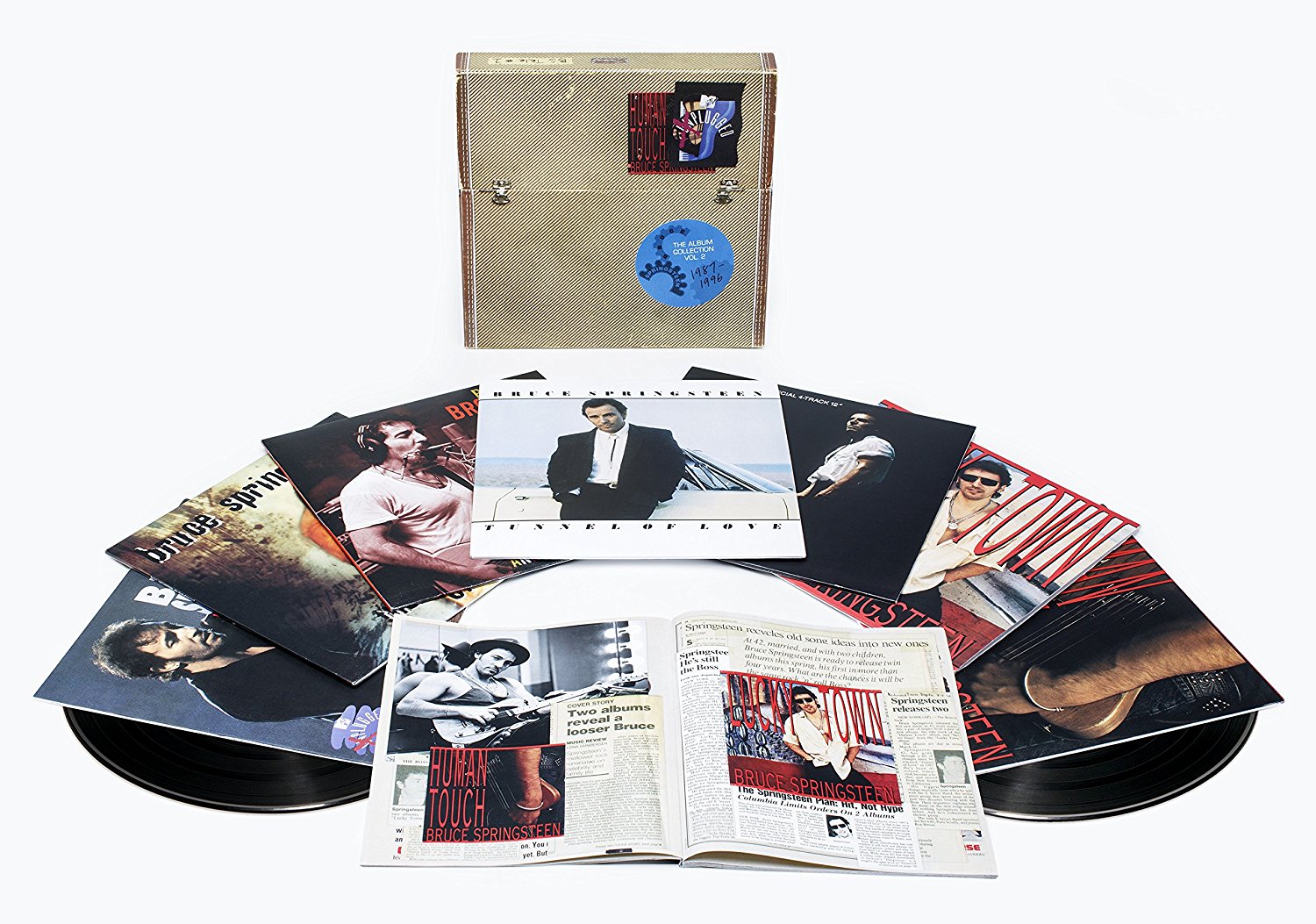 The second vinyl collection of Bruce Springsteen albums in recent years is now up for pre-order. The Album Collection Vol. 2, 1987-1996 includes his four studio albums from that era, along with “a special 12” of 1988’s live EP Chimes of Freedom, Springsteen’s 1993 two-LP MTV Plugged special, and the first-ever vinyl release of the 1996 Blood Brothers EP for a total of 10 discs.” Audio has been remastered by Bob Ludwig and Toby Scott from the original masters, while Tunnel of Love and Human Touch are double LPs for the first time.

For packaging, you get a 60-page book and it’s all housed in a comparable box to volume 1.

The set will be released on May 18.