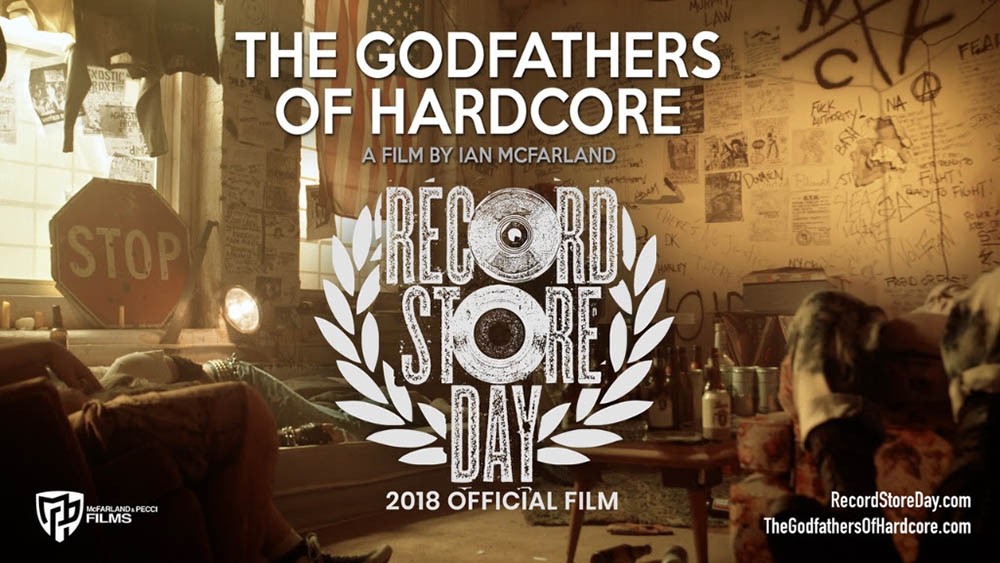 Ian McFarland’s documentary on Agnostic Front, The Godfathers of Hardcore, has been named the official Record Store Day film. In addition, the score, composed by Aaron Drake, is being released on gatefold vinyl by Wargod Collective in the RSD release roster. Again, score, not soundtrack. Courtesy the press release:

It’s been 35 plus years since their Lower East Side NYC inception, but astoundingly Agnostic Front are still just as vital as the thriving punk movement they helped create. It’s befitting that another worldwide movement, Record Store Day, now in its 11th year, has chosen The Godfathers Of Hardcore, filmmaker Ian McFarland’s powerful documentary about AF, as its Official Film for 2018.

For those of you unfamiliar with NYC Hardcore, Agnostic Front were a viper’s tongue of resonant energy. Crested by the distinctive voice of Roger Miret and revved on by guitarist, Vinnie Stigma, the band can be seen/heard as a defining timbre of angst, disillusionment and existential struggle. From CBGB hardcore matinees to stages around the globe, AF were the educators for young fans of the genre. And possibly more than any other subset of punk rock, those kids would stick around.

Now, as illustrated in McFarland’s already celebrated film, one can identify a whole new generation of hardcore fans, all of whom recognize Agnostic Front as one of its most seminal trailblazers, however, the film also portrays the profound and nuanced friendship of its 2 most enduring members…

Record Store Day is being held on April 21.