Nothing in My Way: Animal Flag’s ‘Void Ripper’ and Regained Perspective 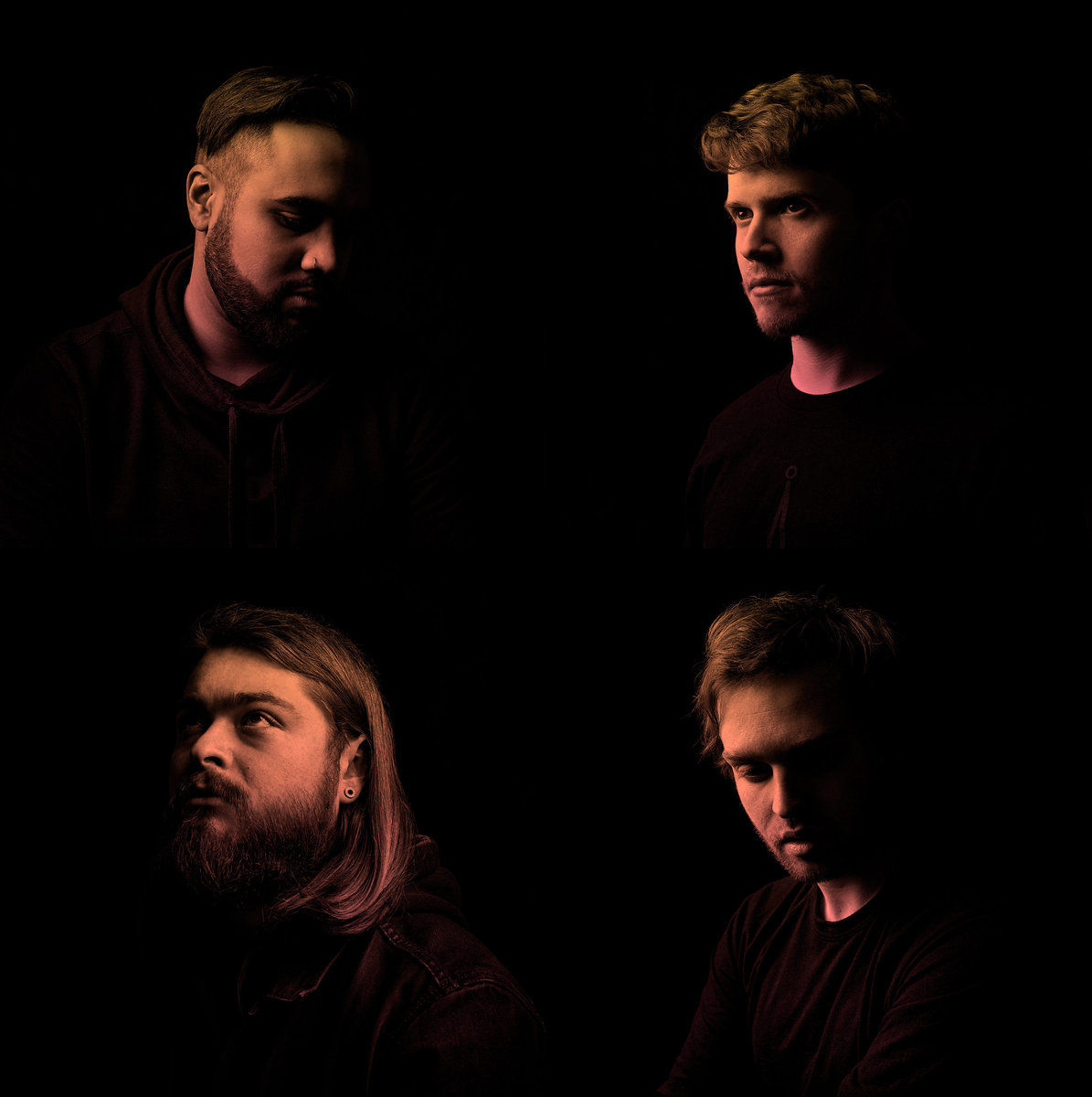 The Judeo-Christian double feature of Easter and Passover promises dialogue, but the conversation is surprisingly hushed in music. Our sweaty, cramped indie-rock corner has its fair share of prophets, their sermons intertwined with a backbone (or breakdown) of higher power. “David Bazan and Sufjan Stevens are usually the voices I hear in my head,” Matthew Politoski tells me late in our phone conversation. These influences, simultaneously agnostic and boundlessly devoted, inform Void Ripper. It’s the sophomore LP from his Animal Flag project, which emerged in 2009 as a solo affair before assembling a complete lineup in Boston. The album, with its own layered creation story, chronicles a separation from an evangelical past while this band came together. “I felt when I came out of it that I was breathing for the first time. I felt like a newborn baby. Everything that I did know about the world was wrong, and so I had to learn about it again.”

This loss of integrity roars through 2016’s LP, a reconfiguration of two earlier EPs. The songs there aren’t without their bitterness and guilt. Opener “Jealous Lover” aligns the envious God of the Old Testament with aromantic swells of toothy guitars. “That was the last song I wrote for LP, so it’s definitely the dovetail,” Politoski explains. “I was mourning the loss of my framework and psychological security. I believed I was in love with my idea of God. When that fell apart, it felt like a death. There was definitely a grieving process.” The second song on LP, “Sensation,” chronicles this bitter divorce with its soaring chorus proclaiming, “I don’t know which is worse: the fact that you’re gone or the fact that it hurts.” (Politoski also realizes his rendering of God might have people linking his writing to other types of breakups. “I don’t want to tell people that they’re wrong, because as soon as you put something out into the world, it’s absolutely not yours anymore.”)

Void Ripper is the second album in Animal Flag’s song cycle, and the middle stage in what Politoski tells me is his trusted three-part process, with the third already in demo stages. “There’s order, there’s disorder, and there’s reorder.” As the disorderly member of this trio, chaos on display here is equal parts nature and nurture. Animal Flag’s early skeleton was more in debt to Bazan and Stevens, electronica-flecked folk music with a penchant for the expansive and ambient. When joined by bassist Zach Weeks, second guitarist Sai Boddupalli, and drummer Alex Pickert, these pained reflections were shaped by harsher, louder tones. “I had a sonic vision of guitars feeding back. I had never really written anything like heavier rock music, and I’m not normally moved by things like that.  The loudness and intensity of how we’d play these songs grew over time. It wasn’t of design. It just kind of happened.”

The four years between Politoski’s vision and its execution were fraught with complications. The band tracked in a studio that they believe was and still is haunted, and perhaps that has something to do with the album’s “Friday the 13th” street date. (Maybe that has more to do with the band’s partnership with Triple Crown/Flower Girl Records.) “At the end of 2015, we started to record Void Ripper…and that’s where things started to go very wrong. We decided we were gonna try and piece together songs over time, for timing and budgetary reasons. That turned out to be super detrimental to the process.” The final LP was remixed a handful of times before its reveal, resulting in something thunderous and overwhelming, fitting for its difficult genesis.

It’s hard to hear where any rifts could have even plagued Void Ripper, because the end product leaves no space to recover from its lean, tight sequencing. “A lot of my other music is very ornate and has a lot of room, but I was in a spot where I didn’t feel comfortable. I felt very claustrophobic and cold.” In another study of Animal Flag first impressions, the minimalist introduction “Morningstar” is answered with the vaulting of the title track. It’s where the greatest role reversal of the band’s nine-year career takes place: it’s the first time a riff takes command of the stage. Politoski’s lyrics are clipped and slowly delivered: only five lines appear in print. “I wanted each song to pack a quick punch,” he admits.

It’s an effective and visceral strategy. The rest of the album follows, bruised by that track’s relentless power. Void Ripper gives more space to stray dogs left in junkyards than the snarling in Matt’s head, and that’s no accident. Another recurring motif comes from Dary Valentina Domínguez Ball, who recites prayers after Animal Flag’s feedback comes to a grinding halt. “That’s my mom. We don’t have the same last name, so people are going to read the liner notes and still not know we’re related.” Domínguez Ball emigrated from South America when she was 17, bringing her take on Christianity with her. (The surname comes from the other, Polish Catholic side of Matt’s family.)

The five lines Matt measures out on “Void Ripper” — that big wave of energy from earlier — get responded to by his mother. It’s a song about the confusion that came from losing his religion, directly answered with a passage from Ecclesiastes. It’s one of the Old Testament books offering lessons in structure and order. This particular snippet claims a time for everything, like war, peace, laughter, tears, which troubled him growing up. “I’d ask a question about suffering, like why children are murdered, and I’d try to find out why that was okay. The evangelical answer to this was that some people are born and suffer needlessly as part of God’s plan.”

God’s plan unfurls a different, sinister blueprint on “Candace,” the track shot through by post-hardcore tumult, and it’s how Politoski attempts to answer his own question. It’s delivered with sarcasm and dry humor: the “time for everything” model is used to show the senseless cruelty of this evangelical answer and why people must suffer. It’s the reason for seasonal depression, businessmen having extramarital affairs, weddings and funerals occurring within blips of each other in a timeline. “I still can’t find a justification for it, though.” Politoski explains.

If that’s how Void Ripper grapples with human suffering, it ends with a metaphysical solution. “Five” reads as an appeal to surrender one’s senses to Mother Nature, exploding its narration away from the tactile. “Standing at the end of this four-year journey through this part of my life, I had to burn the whole thing down to find out which parts of my belief and former self I still like: ideas of compassion, selflessness, gratitude, and vulnerability,” Politoski explains. “I can see the ruins behind me of everything I want to stay dead, and I’m left with the things I can keep.” The record ends with the Lord’s Prayer in Spanish. It’s something familiar, but it’s displaced from the poisonous, harmful world Animal Flag scores with splinters of grueling noise.

With the reordering era of Animal Flag on the horizon, Politoski is already taking steps to explore new interpretations of this current album cycle. Void Ripper is a perplexing album title: an exclamation point following the sterile branding of LP. Matt’s already re-contextualizing its purpose, even after his sister laughed when she was told its name. “For the past couple years, I felt in danger in my head and a need to fight this void, this nothingness. That’s where ripping through it comes from: figuring it out and trying to get out of it. I have a whole other idea of what emptiness means now. I see it as a positive now: a place where you can grow something and hear yourself.”

This is a far cry from the artist formerly known as Matthew Politoski, who attempted to hide from hearing himself in a church basement. “My friend plugged my iPod into the PA speakers. He found my name, said ‘Wait, you have music that’s on there that’s yours?,’ and played it. It was mortifying, so I put all my music under the name Animal Flag for some anonymity.” Also that banner remains, Matt released 8 Emanations earlier this year under his own name, a drone EP which hearkens back to his childhood fascination with wordless tone.

It’s clear that Matt hasn’t entirely abandoned his spiritual background, as he’s quick to summarize the Fall of Man to me before we part ways. “When I came out of the haze of Christianity, I felt this sense of embarrassment. It was like Adam and Eve in the Garden when they realized they were naked and were ashamed. But instead of pulling away, I let myself explore what I had to know now.”

The only way out for Animal Flag, it seems, is always through.

Void Ripper will be released April 13th via Triple Crown/Flower Girl Records in the U.S. and Big Scary Monsters in Europe.