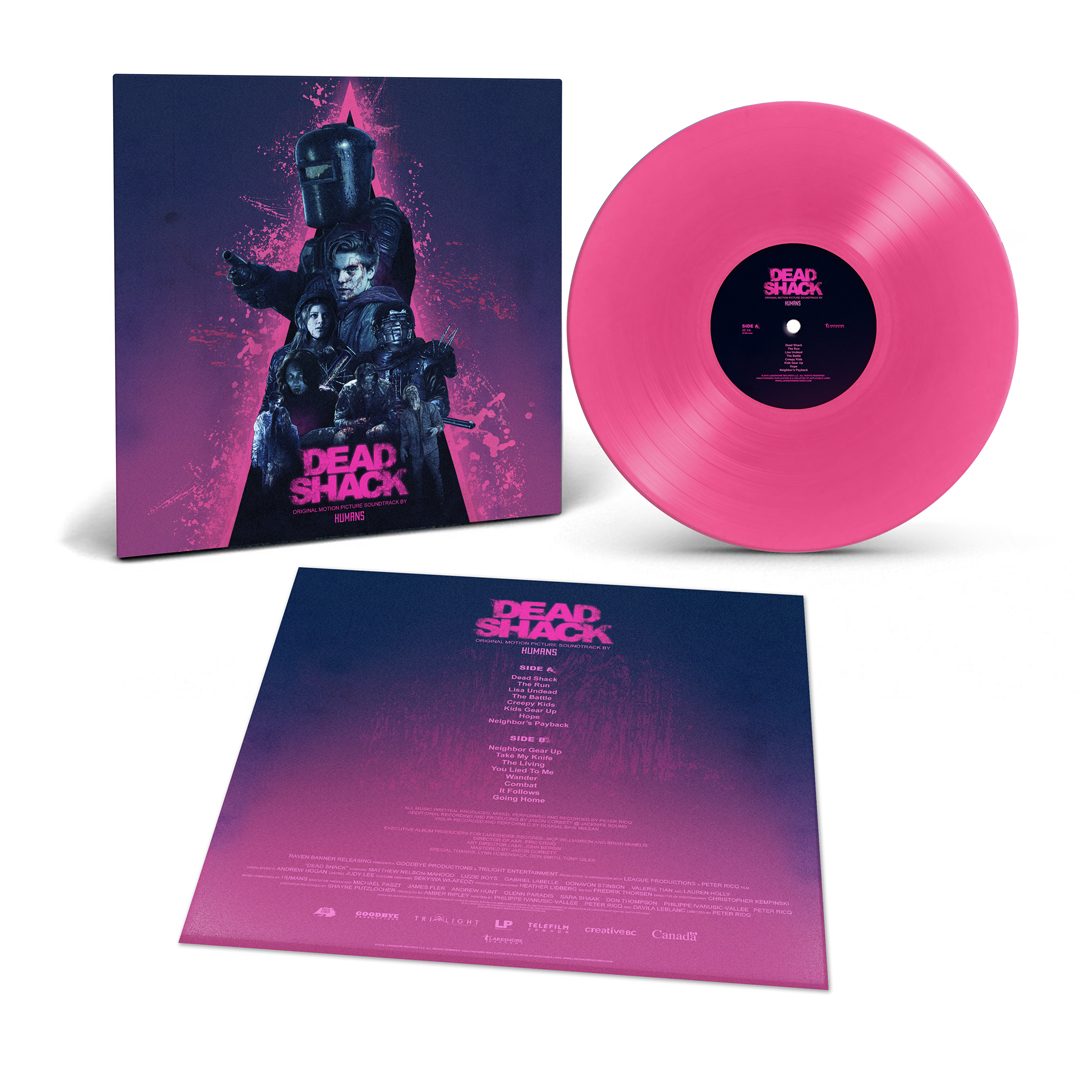 Lakeshore Records has announced the release of the Dead Shack soundtrack, set to be pressed on 140-gram “Humans Pink Vinyl.” Of course that Humans variant relates to the moniker of the Canadian indie-electronic duo who did the music here, accompanying the film described as Goonies meets Evil Dead. It’s yet another great release in the synth-revival wave, a must for fans of Stranger Things, The Guest and It Follows.