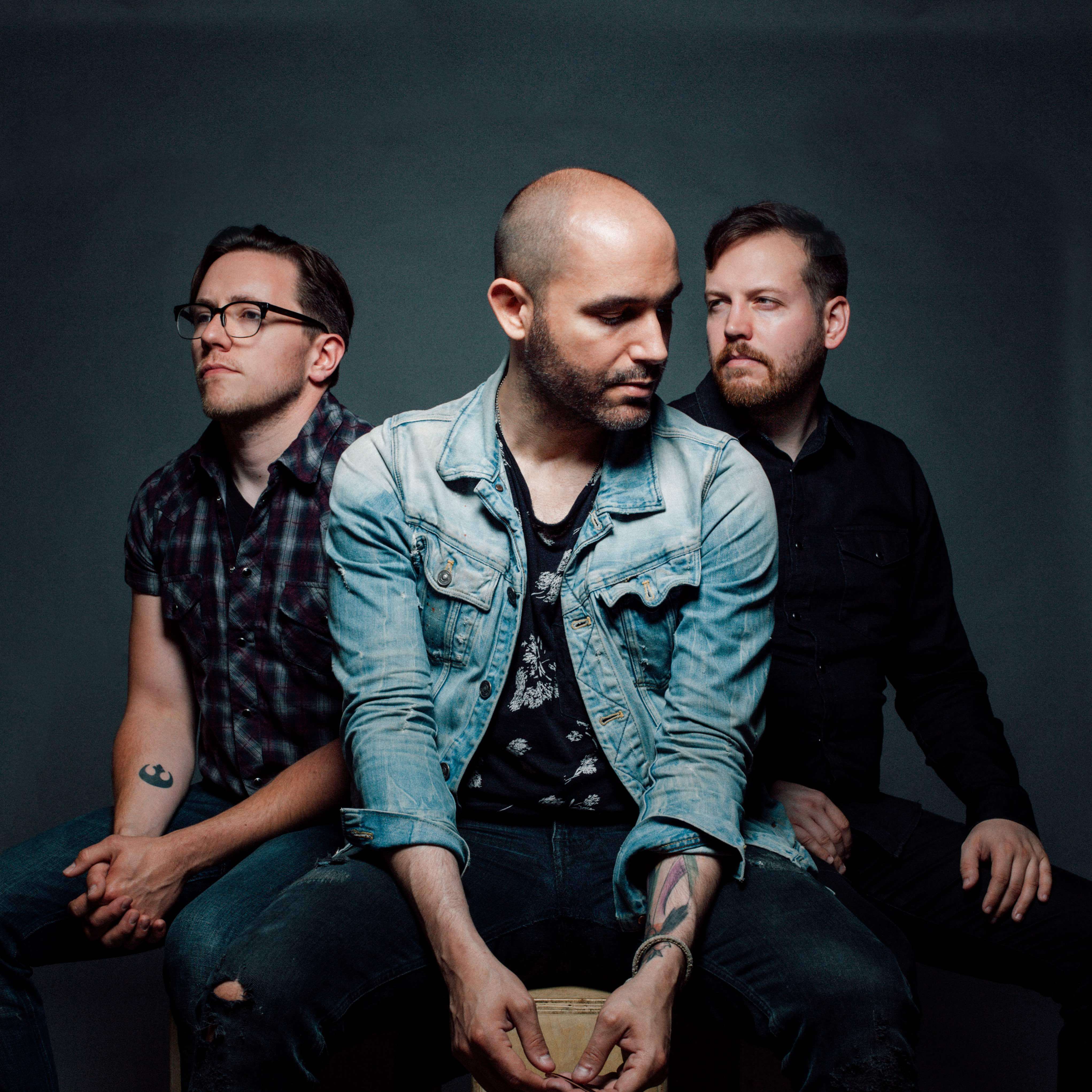 Liars is the latest and second LP from Hidden Hospitals, available for preorder via Spartan Records. The veteran members hail from Damiera (Equal Vision Records) and Kiss Kiss (Eyeball Records). Vocalist Dave Raymond chatted with us about the formation of the album, Everytown’s gun violence prevention campaign, as well as the “melting pot” of the current music scene.

Modern Vinyl: Let’s talk your ‘Pay What You Want’ campaign for ‘Liars’ first. What motivated you to take this route?

Dave Raymond: We’re just shifting focus off of us and onto something that can do a little bit of good in the world. People don’t need to buy albums in 2018 to have a meaningful experience with music, and simply patronizing a band by doing so isn’t sustainable. We’ve opened a door that plainly says, “You’re invited in — only good can come of it.”

MV: Why did you have Everytown for Gun Control in mind for this campaign?

DR: Everytown is easy to understand at a glance. Everytown advocates common sense legislation aimed at ending gun violence and making communities safer. It’s easy to rally behind that mission statement regardless of what side of the spectrum you’re on. They’re pushing for reason, not eradication, which I feel is a meaningful approach to solving the bigger problem.

MV: Do you think it’s a positive step forward to talk about ‘heavy hitting’ political topics like this alongside your music? Will it open up more of a dialogue going forward?

DR: I think it’s ignorant to parade art (that imitates life) alongside of these critical events without acknowledging it. We don’t live in a vacuum, so what place does our record have in someone’s social feed that’s filled with news of senseless tragedies? We’ve got a lot of contradictions that need examining, but quickly get plowed aside by the sheer volume of information we’re blasted with each day. “Kim Breaks Nail” and “50 Dead in Suicide Blast” hold equal weight as headlines because they ride in on the same wave, yelling, and there’s an infinity of them, ranging from severe to inconsequential. How do we fix it? No idea, but along the way, maybe we can try being a little more responsible, less self-centered, and more compassionate.

MV: Getting back to the album for a bit, what are you most proud of about ‘Liars’?

DR: The record isn’t [one created] over a long period of time, or a collection of the “best” ideas. It’s a snapshot of a very particular time in my life. I think above all, it’s important for us [as a band] to at least acknowledge that we didn’t wrestle with it forever seeking perfection. Liars is imperfect, flawed at times, and rough around the edges — just like the ingredients and messages poured into it — yet somehow, exactly right.

MV: What prompted the band to change up the sound a bit for this album, borrowing elements from the ’80s pop-esque world?

DR: We’re in a moment that “recording” means something very different than it used to. Likewise, the lens on rock music, rock bands, hardcore bands; they’re known for having some of the hardest hitting music…but why do most modern pop records hit harder than most modern rock and hardcore records? I wanted to approach making a record without the machismo of the traditional rock band, which in my experience, had become limiting. We intuitively want this, that, or the other thing to HIT hard, but at the end of it all, we’re all begging for everything to hit the hardest all the time, and that’s counterproductive. If everything is loud, nothing is loud, and 10 seconds into a record like that, you’ve heard the whole thing.

We explored framing ourselves as a rock band in a contemporary setting. A palette of modern production, sounds tethered to the way that we make music. We had a ton of epiphanies along the way, good and bad. I love kick drums that feel like they’re jumping out of the speaker and pounding on your chest…but then where do we put the guitars? Some of the most exciting sounds in our tool kit were shaping up to be the dullest next to all these new ingredients. Engineering all of that to fit into the feeling and spirit of rock ‘n’ roll was challenging — that was largely producer/mixer J. Hall’s role. Expand that, and you’ve got a year of our lives — the time it took to write and record Liars.

MV: What challenges did the band face with LIARS?

DR: Marrying “real” with what we’ve come to call “hyperreal.” I think Hidden Hospitals has succeeded in creating contrast between light and dark, synthetic and real. We’ve leaned on that as a tool to make statements. Liars blurs all of those lines and forces you to be OK with it. Contextually speaking, what often felt intuitive was simply the wrong move. We’d craft these verbose, lush foundations, and when it came time to bring in something fundamental (electric guitar, for example), it’d feel way out of place. We were forced to embellish these core colors to the point that they fit in, often unrecognizably themselves any longer. There’s a ton of guitar work on the record that will absolutely go unnoticed.

MV: What’s one of your favorite memories from putting together the record?

DR: The first song that we worked on during production was “Pulling Teeth.” This production 100 percent met its potential. There’s chemistry in that recording that I’d never experienced before, and it brought a smile to my face every time we played it back. The problem was that it took us five whole days in the studio to make that track. At that rate, we’d have been in the studio for about 12 weeks…which was vastly outside of our scope and means. I loved that process, all of the experimentation, chasing a feeling to fill all places there wasn’t any. It dominated my lens for the rest of production in an unfair way, but I’m thankful for that track coming out like it did and the experience of bringing it to life.

MV: You’re pretty much a veteran of the scene by this point. What changes do you see now that you didn’t see a decade ago? Are you optimistic about where the future of the scene is headed?

DR: What scene? We’re a melting pot now, and it’s for the better. Scenes were an answer to isolation and wanting to express ourselves and share experiences with like-minds. Now, that isolation has to be willful and intentional. I’m absolutely optimistic for the future of music. I hope to see an extinction of old thinking, the people who have mastered influencing artists to make art that’s practical for a marketplace. I hope to see gone the people imposing their nostalgia on the present and calling it trash because they can’t find themselves in it. I think an asteroid of new thinkers doing things that you can’t explain will obliterate the status quo and leave us realizing what we’ve truly been missing by only consuming what’s in front of us. Or, we’ll see a resurgence of studded belts. It’ll be one or the other.

Liars is available in three different variants (Liar, Fire, and Smoke), as well as a digital download over at the Spartan Records webstore. It’s also up for grabs as a “pay what you want” format benefitting Everytown right here.

The album is set to be released on May 18.