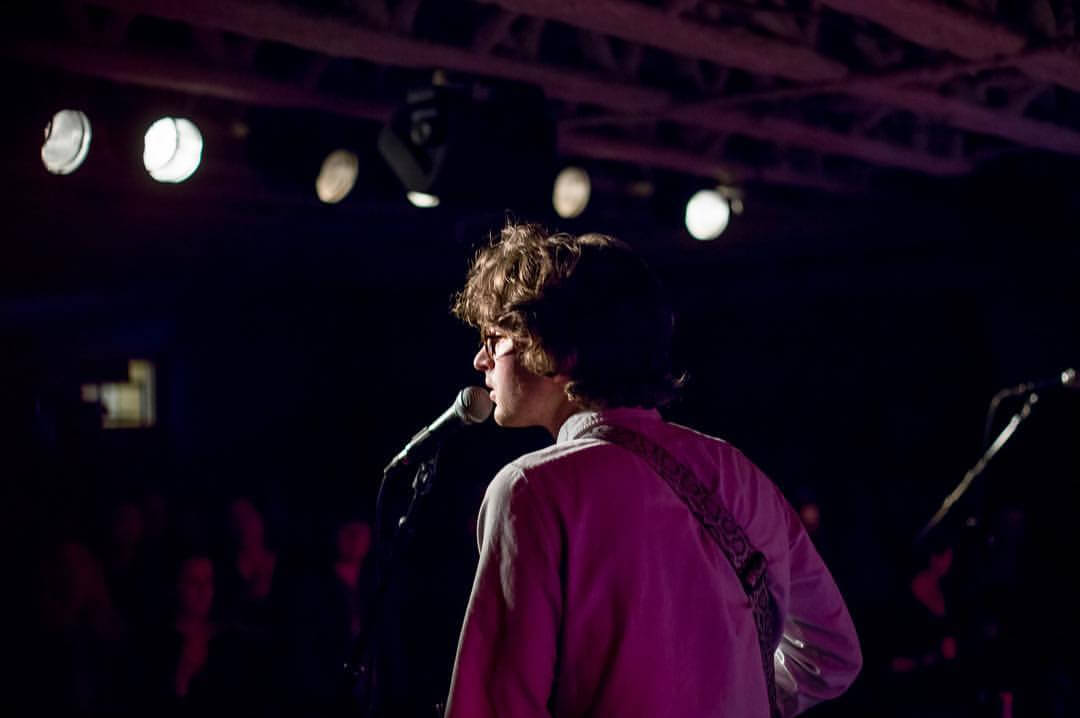 Last year, Charlottesville-based Gold Connections released their self-titled debut EP (with a little assist from Will Toledo, read the linked interview for the whole story). Now, the band is back with their forthcoming LP, Popular Fiction, via EggHunt Records, set to be released May 11. Popular Fiction features songs from the EP, but re-done in a way that makes them sonically different from their originals. Today, we’ve got the premiere of the revamped version of “New Religion,” one that’s a little less lo-fi, now filled with the sounds perfect for the upcoming summer days. It’s matured quite nicely, smoothing out the garage-rock feel of the original, and adding in layers of sonic depth.

The evolution of the songs from the EP to Popular Fiction paves the way for Gold Connections to cement their place in the indie rock world for years to come, not just as a band following in the footsteps of someone else.

Will Marsh had this to say about the beginnings of “New Religion”:

“I was channeling the Velvet Underground when I wrote ‘New Religion’ — relating a complex and drastic human moment through a minimalist structure. Sonically, this song is a marriage of loud-quiet-loud pop and the New York Dolls‘ flamboyant rage.”

Popular Fiction is up for pre-order now, via EggHunt Records, pressed on standard black wax, and available as a digital download.