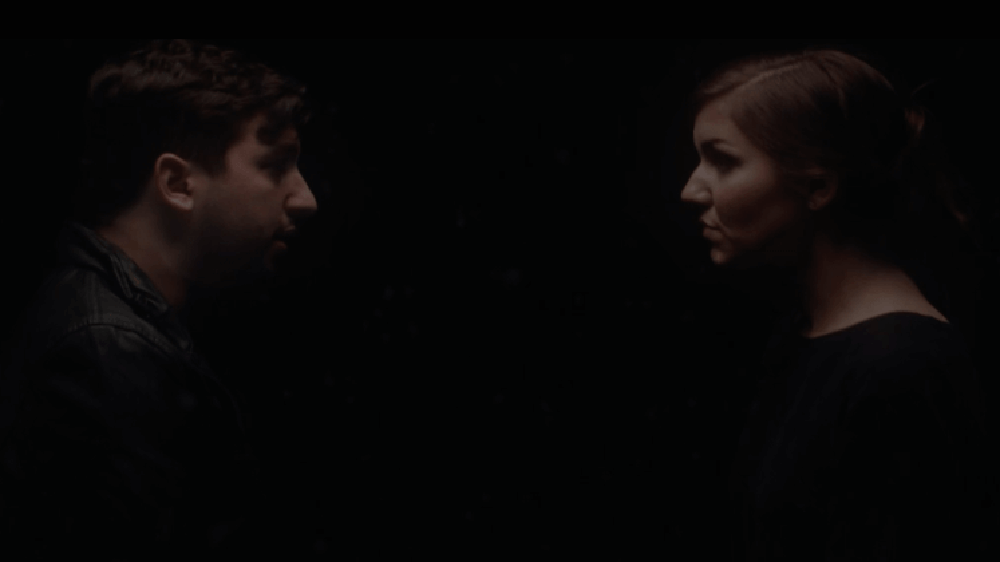 When we last heard from Matt Murray, Like Language didn’t exist in its current form. The duo used to be known as Wilder, changing their name in 2017. Since then, Murray and his now-fiancee, Kristin Donnelly, have been hard at work on their latest EP.

Today, we’ve got the second song from their yet-to-be titled release, set to be unveiled sometime in late spring, early summer. Details about the upcoming EP are still being worked out, so be sure to keep a close watch on their Facebook. The duo worked with Marc McClusky on their latest music, who has worked with artists like Motion City Soundtrack, Weezer, and Everclear.

“Whatever You Want” is more of a politically-charged song, based on the background imagery in the lyric video. “What you can’t see doesn’t make it go away” is just one powerful line, describing how much of society turns a blind eye to the current events shaping the world, thinking they’ll go away if they don’t pay attention. The song itself has a bit of a Prepare To Be Wrong-era Straylight Run sound to it, and both Donnelly and Murray are excited for the world to listen to it.