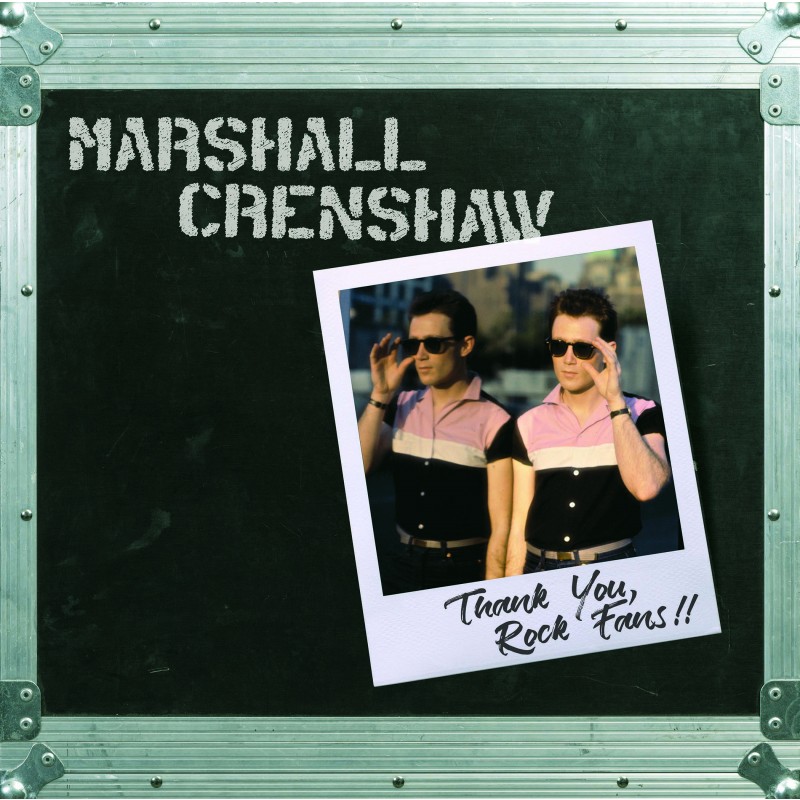 Once again, all of the latest releases from vote-on-it reissue label Run Out Groove showed up in one week, so we’re running them all down. It’s a whole lot of rock to get on top of.

Every time I think I like Marshall Crenshaw, I put on one of his albums and realize the truth: I like “Someday, Someway,” and that’s about it. I mean, I really like that song quite a bit, but I’ve realized that the arrival of Thank You, Rock Fans!! wasn’t as exciting as I’d made it out to be.

Now, for those who are actual fans of Mr. Crenshaw, this is sure to be a delight. This heretofore unreleased live performance from San Francisco’s Keystone in 1982 is a professionally-recorded show, and it sounds amazing. It’s balanced well, with the vocals coming through clearly, and the instruments all nicely individual in the mix. You could crank this if you wanted, no trouble.

I just don’t want to, unfortunately. Crenshaw’s written some great songs over the years — the title track to John C. Reilly’s Walk Hard, the Gin Blossoms’ “‘Til I Hear It From You” — but his rockabilly-tinged power-pop is neither ferocious nor full-on poppy enough to really appeal to me, and while it’s basically a trite comparison to say he sounds like Buddy Holly at this point, it’s still a valid one.

The entirety of this recording always has me wishing the guitars were either way more clean, or that he and his band would just unload. “Gotta Lotta Livin’ To Do” certainly epitomizes the frustration I have with Crenshaw’s sound. With neither the taut — if not tense — jitteriness of power-pop like Dwight Twilley, nor the wild-man sloppiness of rockabilly freaks like the Cramps, Crenshaw’s music just seems like a retro act playing a prom somewhere in Iowa. Essentially, Thank You, Rock Fans!! is very much a well-recorded collection of early gems and unreleased material for Crenshaw fans, but it didn’t manage to win me over as a convert. 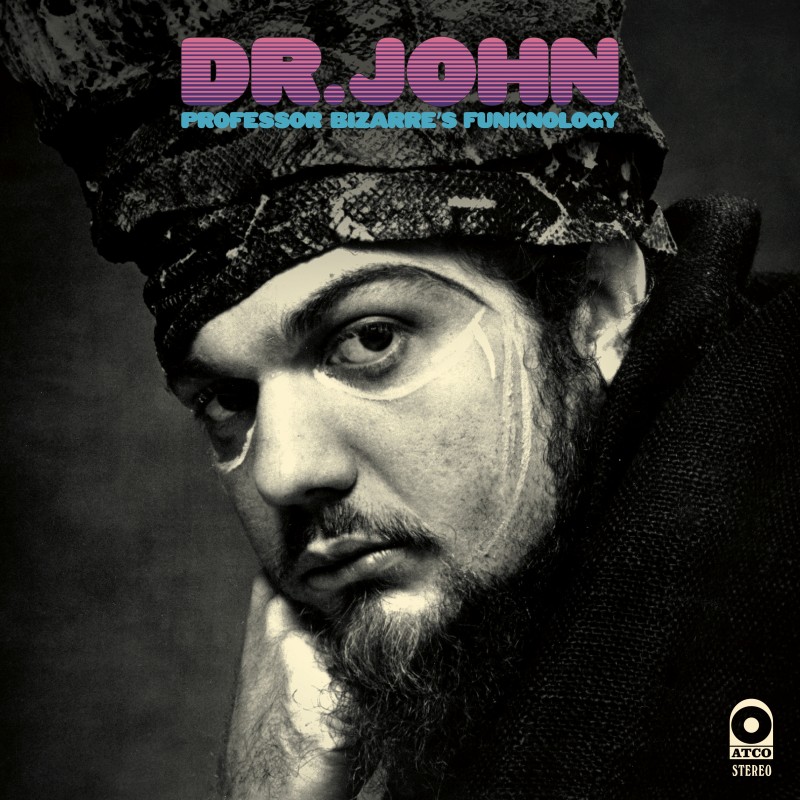 Dr. John is pretty much the opposite of Crenshaw in terms of where I am as a fan. I quite honestly used to despise Rebennack’s music when I was younger, but that had a lot to do with the caricature he’d become by the late ‘80s and early ‘90s. The first time somebody played me Gris-Gris, my response was dropped-jaw astonishment at just how weird and dark it was. A cover of “Right Place Wrong Time” by the Jon Spencer Blues Explosion cemented just how good the music could be, and I’ve really come to respect what the Night Tripper did back in the late ‘60s, on through the ‘70s.

Professor Bizarre’s Funknology is a double LP set which collects several of Dr. John’s early ATCO singles, along with an assortment of previously unreleased songs, which have either never been released in any form whatsoever — like the vamp titled, simply, “Dr. John Take 1” — or in versions far different than their regularly-available recordings, such as a screaming, eight-minute long take on Destively Bonaroo’s “Quitters Never Win.”

Of particular interest to fans and collectors is the fact that basically everything from “Quitters Never Win” was originally recorded as part of a jam session in 1970, as part of the recordings for The Sun, Moon & Herbs. Originally planned as a triple LP, the album was obviously only ever put out as a single disc, meaning a lot of stuff has achieved a certain mythical need amongst Dr. John fans. The idea of an entire collection of tracks — featuring the likes of Derek and the Dominoes, the Memphis Horns, and members of the Meters, to name but a few — is kind of mind-boggling.

The recordings are studio-quality, and while they’re a little free-flowing, the audio quality is absolutely impeccable. This isn’t some bootleg-style production, as engineers worked on this and just let things take shape as they came out from the musicians. It’s pretty spectacular, with the likes of a cover of Professor Longhair’s “Tipitina,” featuring Eric Clapton on guitar being a particular highlight, along with a loose version of “Go Ahead On” that grooves along in its first official release.

There are two sets of inserts, which feature the details behind the sessions, as well as an interview from the New Orleans magazine, Offbeat, in addition to Pat Thomas’ liner notes. It’s a pretty sweet collection in a gatefold jacket, and is an absolutely perfect release, simultaneously serving as an introduction for new fans and a deep dive for longtime aficionados. 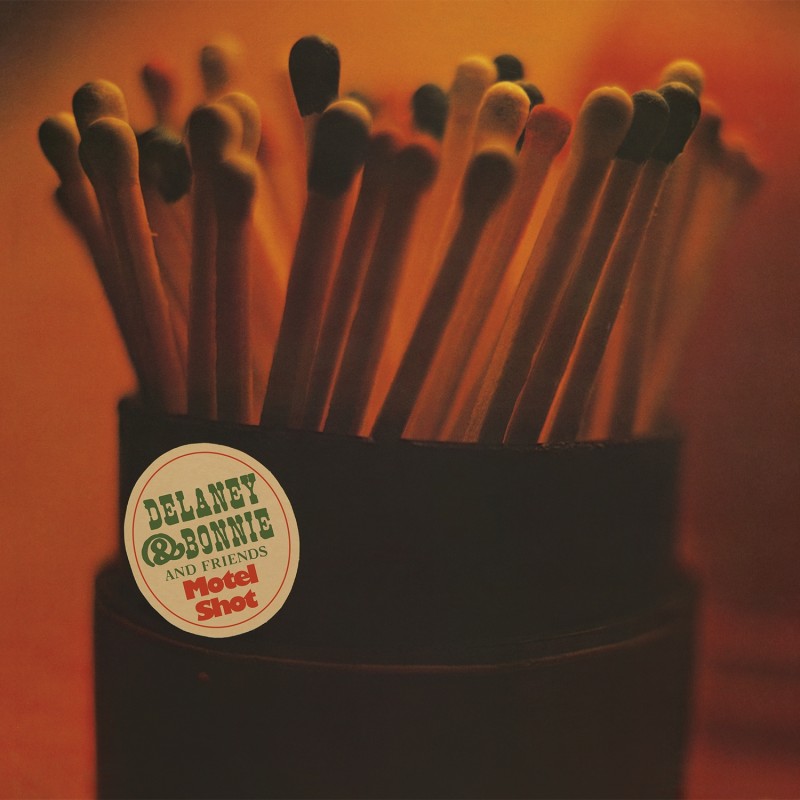 The deluxe reissue of Delaney & Bonnie and Friends’ Motel Shot, originally released in 1971, is a brand-new listen for me. I was completely unfamiliar with the duo’s music before hearing that this album would be part of the Run Out Groove series, and dropped the needle on the record without much expectation beyond what was offered in the press release included in my package.

Motel Shot is, at its heart, a more purely gospel take on the same music the Nitty Gritty Dirt Band would explore the following year on their triple LP masterpiece, Will the Circle Be Unbroken. Whereas that album has a bluegrass focus, and covers more material than the strictly spiritual (such as “Tennessee Stud” and “Orange Blossom Special”), Delaney & Bonnie and their friends here explore a bluesier set of songs, although they do cross paths on “Will the Circle Be Unbroken.”

It sounds an awful lot like what the Band was exploring on their albums, right around the same time, and given the fact that the likes of such return-to-roots musicians as Gram Parsons and John Hartford are guest musicians on Motel Shot, it certainly ties into that world. It’s a pure, unadulterated album of porch songs — the sort of recording which you throw on the turntable, point the speakers out the open window, and engage in some serious day-drinking on a sunny summer Saturday afternoon.

Seriously, Joe Cocker’s vocals coming through on “Talkin’ About Jesus” are just astonishing, to say nothing of the obviously-perfect Leon Russell piano work which really anchors everything on the album proper. I’ve always been a fan of ‘70s-era roots-inspired music, and this is the sort of album that makes me want to continue the party with Hartford’s Aero-Plain, Live at Fillmore East by the Allman Brothers, and more. It’s a 30-mile winds, grey, and cloudy March afternoon while I write this, but coming out of the headphones is pure warm joy.

The LP of outtakes all come from sessions in engineer Bruce Botnick’s living room, evidently recorded the night before the proper recording session. The initial concept for the album was that it would all be recorded in that style — loose, live, in one room — and a few tracks in that vein would find their way onto Motel Shot, but it’s readily apparent that several of the songs were later re-cut in a studio for Atlantic’s radio sensibilities.

These tracks all make their vinyl debut, but have been available since last year’s expanded CD reissue on Real Gone Music. They sound just as phenomenal as the regular album tracks, and in the case of the extended guitar jam on the alternate take of “Lonesome And A Long Way From Home,” they even improve upon the original album version. Covers of Eric Clapton’s excellent blues track “I’ve Told You For The Last Time” and the gospel standard, “What A Friend We Have In Jesus,” round everything out.

These three Run Out Groove releases do an excellent job of demonstrating just what the label does so well: there’s a live recording out of the vaults, a best-of meets rarities collection, and an expanded reissue, all of which sound crisp and full and warm, loaded with new artwork, intensive liner notes, and an eye to really delivering for the fans. While everything the label drops might not appeal to everyone’s ears, no-one can deny the work and care Run Out Groove takes with their releases. After a few early releases (such as the MC5 compilation, The Motor City Five) which didn’t quite hit the mark in terms of audio quality, the label’s now firing on all cylinders and has become something to watch.

Upcoming releases from Run Out Groove include a new collection of Bettye’s classic 1972 Muscle Shoals recordings, Solomon Burke’s The Best of Atlantic Soul 1962-1965, and a double LP reissue of Golden Smog’s Down By the Old Mainstream.

You can purchase titles and vote for the next release at Run Out Groove’s website.