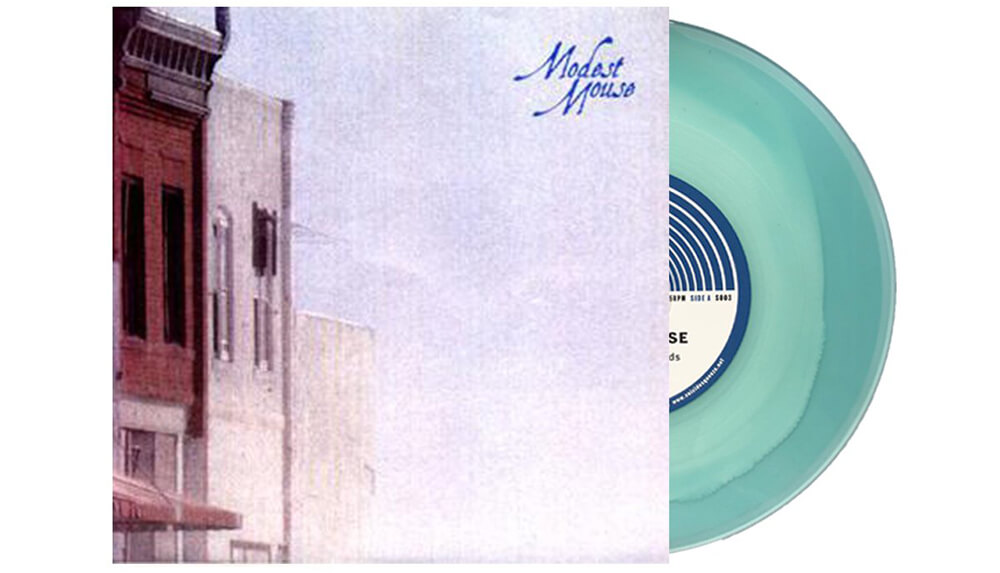 The latest variant for the Modest Mouse A Life Of Arctic Sounds 7″ is now on sale. You can grab a “electric blue (out) and white (in) color-in-color” variant, limited to 1,000 copies.

There was a period in the ’90s when you could argue that 7″s were more important to underground upstarts than full-length albums. Seven inches were cheap, and young bands stood a better chance of unloading a small run of EPs than pricier LPs. Consequently, they became the preferred format for putting your best foot forward, and as a result many indie stalwarts’ finest moments were initially packaged as 7″s. Case in point: Modest Mouse first stormed onto the scene with a series of now classic EPs and singles. Among those early masterpieces was “A Life of Arctic Sounds” b/w “Medication”, which perfectly captured the celebratory chaos, melodic introspection, and pensive piss-and-vinegar of these indie icons.