Dorothy Martin walks us through ’28 Days in the Valley’ 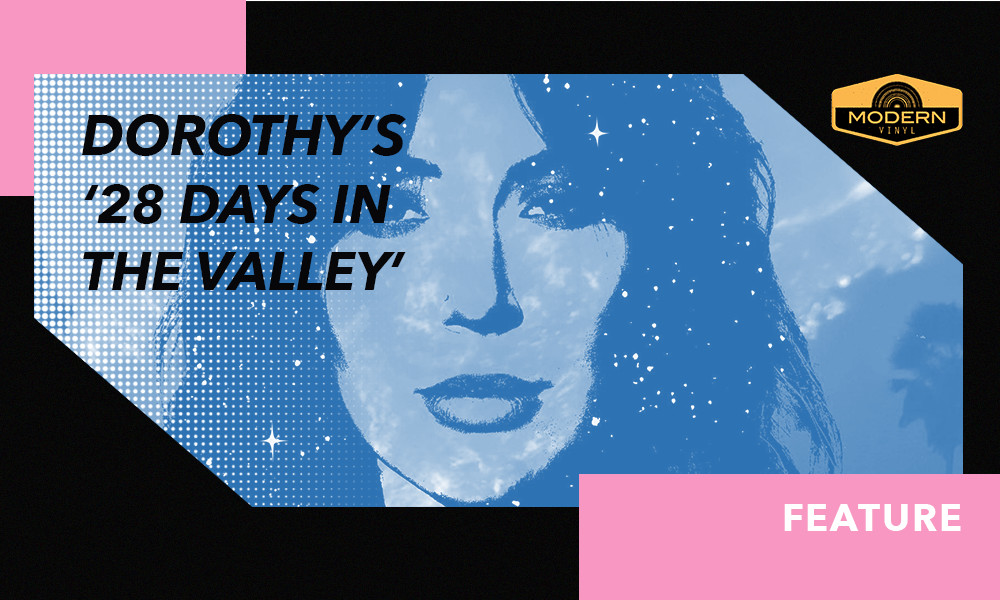 Dorothy Martin, head of Los Angeles-based band Dorothy, employs a range of vocal work that could easily be compared to some of the legendary singers from the ’70s. Martin and company are signed to Roc Nation, working with Linda Perry and Kerry Brown’s record label, We Are Hear.

Martin’s new album, 28 Days in the Valley, is available now (with pre-orders for vinyl shipping this summer). She detailed six of the songs for Modern Vinyl, focusing on some of the hardest hitters.

Right now it seems the political atmosphere is churning, ready to unleash a superstorm at any moment. Add to that the current tone on guns, the prison system, civil rights and so many other issues that are being brought to the forefront of our consciousness and it seems we are living in a mad world. I wanted to write a song about freedom, to uplift the human spirit and remind us to search for peace. You cannot have light without darkness, and if you believe in humanity as I do, we are about to make great progress. We must learn to stop dividing ourselves and work together. Plus I enjoyed rap-singing on this track.

Who Do You Love

This song was originally written with a film in mind, so we had the pleasure of making up a story about the main character in the film and using it for inspiration. It’s influenced by the sonic landscape of rock ‘n’ roll in the late ’60s. This was the most vocally-challenging song on 28 Days in the Valley for me, and it provided an uptempo tidal wave my vocals could soar over.

28 Days In The Valley (Interlude)

Nothing illustrates oppressive desert heat, rattlesnakes, sweltering under the California sun, ice-cold beer and hitchhiking a ride out to the breezy West Coast like this number. We had fun with this track; it is theatrical and simple.

This song sounds like nothing else on the album, yet manages to fit in perfectly. It is now among my favorites and hands the sexual reigns over to the woman who is the voice in the story. It embraces the power of female sexuality and speaking your mind, sweeping you through flirtation and danger. You don’t know if you’ll end up tying the knot in Vegas with an Elvis officiant, or nursing your heartache with a bottle and a one-night stand.

I wrote the verse lyrics thinking I was speaking to a hard-to-reach fictional female character. Imagine my surprise when it turns out the girl I was talking to was me. I’m singing about my broken and vulnerable self, depicting the lengths I would go to to numb myself, build indestructible walls, and keep the world out. “Mountain” was a journey into my subconscious mind. Yearning to know myself and understand my pain and methods of survival.

Pretty When Ur High

Plain and simple, this one is about a cute stoner guy. It’s a summer love song. It’s the “spark up at a festival” jam.

28 Days in the Valley is available now on digital platforms, and you can pick up a signed, cream-colored copy over at Dorothy’s webstore. The vinyl is a preorder, and is set to ship on or around July 20.

Meghin Moore
Meghin Moore is a Penn State grad and Pennsylvania native who resides in Virginia, happily nestled between Washington, D.C. and Richmond. She's the site's Managing Feature Editor, as well as one of the two Missaligned Podcast co-hosts. When she's not eating her weight in burritos or attending various concerts, she can often be found reading a book or trying to keep tabs on the latest news happening around the world.
COPYRIGHT 2018 MODERN-VINYL.COM. ALL RIGHTS RESERVED.
Back to top