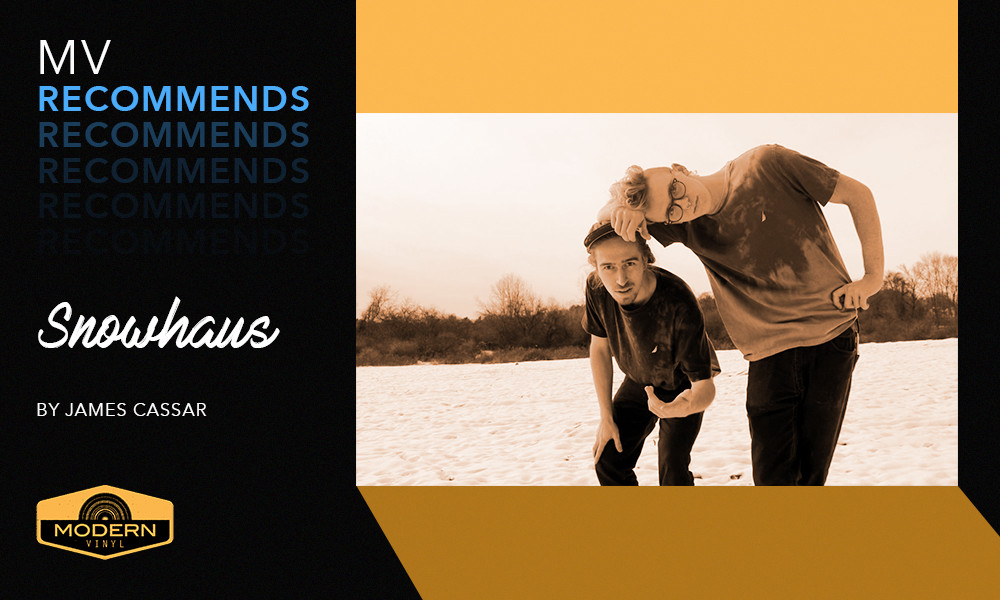 Hadley, Massachusetts’ Snowhaus began as a four-piece in 2015, but has trimmed its ranks to two in the release of their first LP, They Don’t End Pretty. That title isn’t a reference to those departed members — in fact, they still show up on some of these 10 tracks. Instead, this debut layers high-gloss power-pop over twisting guitar lines to create an unpredictable blend of shimmer and precision. The result, like on the snappy title track or the limber “Housatonic,” never promises a direct route through their ambitious arrangements, just a rollicking ride through brambles and octane. Fortunately for first-time callers that may be long-time listeners of such a stylistic choice, it ends better than advertised. Imagine the teeth of Joyce Manor, crossed with the gangly demeanor of early Weezer, chased with a light dose of The Click Five.

Welcome to Snowhaus. Enter through Bandcamp below.

They Don’t End Pretty is out now digitally and on CD.