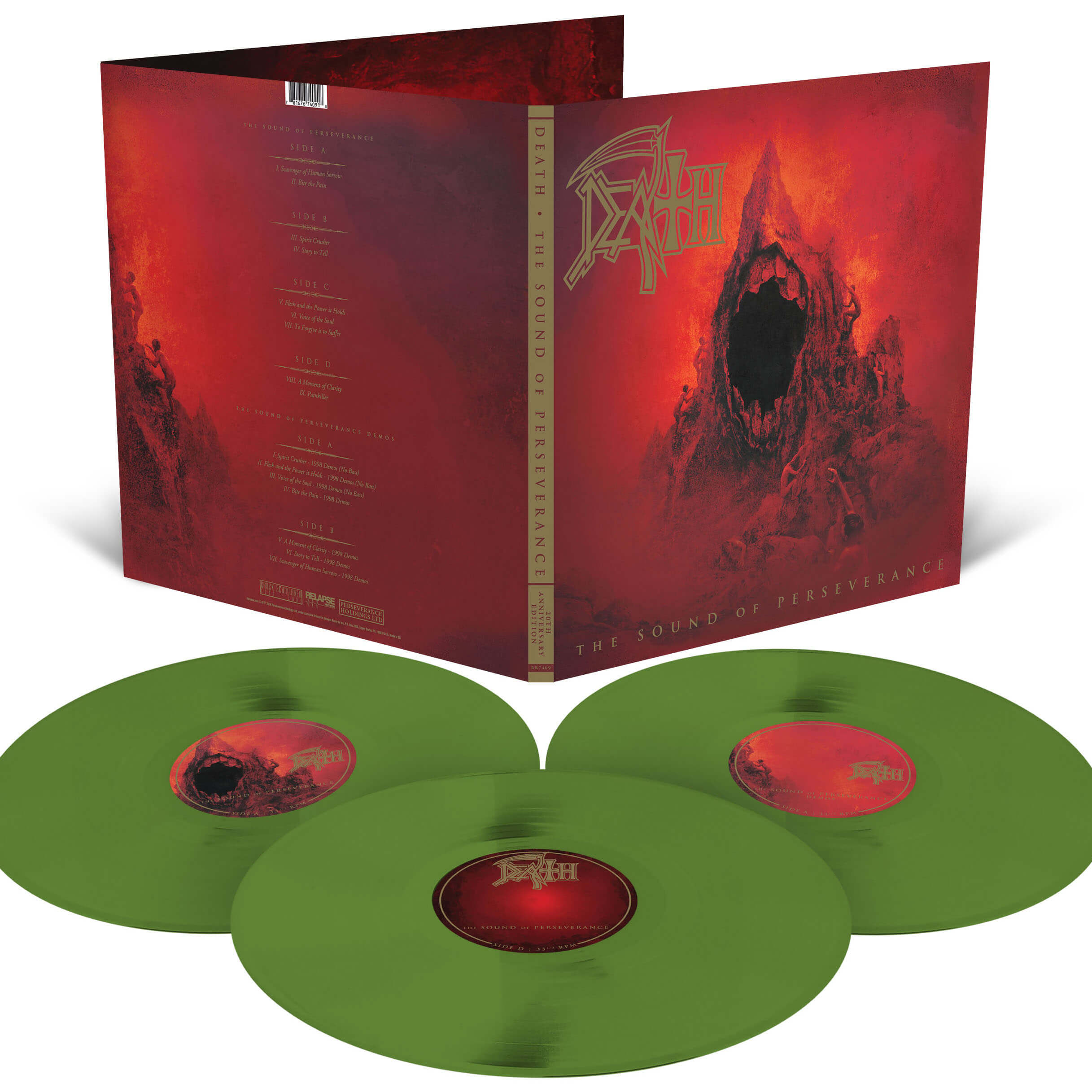 Relapse Records is reissuing three albums from Death, including Leprosy (on its 30th anniversary), Individual Thought Patterns (25-year) and The Sound of Perseverance (20-year). Each includes expanded, gatefold packaging and bonus LPs of extra content (previously available in box-sets).

All three are coming out on July 20.