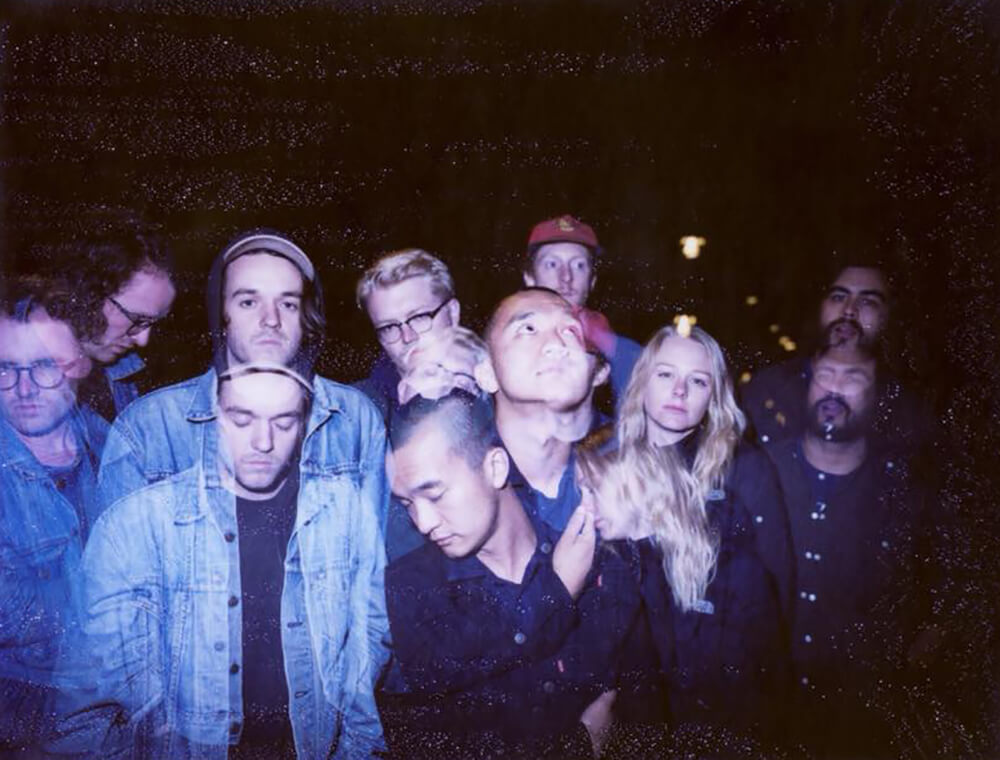 Australia’s West Thebarton dishes out an energetic, fuzzy brand of rock music that ropes together the scuzzy garage antics of their European predecessors — lead single “Stuck on You” echoes the power of Sweden’s The Hives. These Aussies, ahead of their latest LP, Different Beings Being Different, deliver a playlist that stands in line with and against their raucous rhythms. (Note: The below playlist is organized by band member, but the band created a mix of their selections like any playlist prodigy would.)

I remember this track coming out around the time we were recording our album. The vocal delivery, intricate guitars, and the huge jam ending blew me away after the first, second…15th listen. It was one of my top played tracks of 2017 for a reason.

I love long songs, so I gravitate to this one often. Something about it is so soothing, yet punchy and could be mistaken for a dance track. The lead line in the choruses always reminds me of Josh Battersby and his wack fuzz-infused leads.

I discovered this band whilst in Japan earlier this year. They toured Australia while I was away, which is unfortunate. The album itself is a gut-busting record, but this track impolitely blends rock ‘n’ roll guitar lead lines with chav-style vocal delivery. These UK boys have got their sound down pat.

Twerps — Who Are You

I love the way this song dawdles along without pulling any punches, yet has a serious emotional heart to it. One of my favourite chorus melodies ever.

Paul Kelly — When I First Met Your Ma

In the middle of songwriting for the album, I came about Paul Kelly’s documentary Stories of Me on ABC late one night. It rekindled a massive adoration of his music and became the guiding source of inspiration for the rest of that year.

I remember driving myself, Nick, and our producer Dylan home after a recording session one night whilst listening to this album. It’s a big band with big moments which really helped me pin down a few guitar lines on our record.

One of my favourite songs purely because of the breakdown four minutes in. The odd time signatures in the entire song are so fun to tap along to, but the way they execute it by quietly building it up is insane.

I love this song. The drumming is so understated but effective. You can totally feel the laid-back rhythm style that was so well-used in the late ’60s/early ’70s. A lot of this style enters into my playing, even if it’s just the way I tune my drums or a loose snare sound.

The way the drums push this song with only a few members is something for me to strive towards. Ben Gilles has definitely inspired the stronger rhythms I play. It feels like he cuts through the rest of the instruments with off-beats and perfectly-timed pauses, but he always keeps a sense of harmony at the same time.

Sonic Youth are easily my number one influence as an artist. They blur the line between pop and noise, creating an amalgamation of each.

My favourite thing about MBV is level of the vocals. Sitting in the mix with the rest of the instrumentation, MBV gives room for every part of the band to breathe.

This is just a great new band I’ve been listening to — they’re wild.

Talking Heads — This Must Be The Place (Naive Melody)

It’s a song for absolutely every occasion, environment, and mood.

This track has the smoothest bass line and most iconic staccato rhythm. It’s just a perfect song.

I saw the film clip for “Dirty Boots” on a Max Channel Top 50 when I was a kid, and I’d never heard anything like it before! Having so much guitar noise in a pop structure being driven by Shelley’s drums is still the coolest thing!

I’ve been lucky enough to see Thee Oh Sees a couple of times now and nothing beats the fuzz-tones and the harmonies of Brigid and John!

Jack River writes songs that are catchy and well…just perfect, I guess. I stumbled on this song trying to find “Fool’s Gold” by The Stone Roses but, thankfully, Spotify led me down the garden path. The sounds in this song tie everything together and really remind me a lot of what we tried to do on the West Thebarton record. We tried to have bits and pieces that fill space, but also are really interesting, over vocals that are just the cherry on top.

When I was 15, I wished I wrote this song. Years later, I still wish I wrote that fucking song. I remember reading an interview with guitarist Graham Coxon about the making of this album [Blur], and it was fascinating. He drew inspiration from lots of American bands at the time, in particular the guitar sounds they were using and this still resonates with me, but also inspires me in a way to never get settled in my own ways and not to be afraid of trying new things. Picking a song from this album is always a very tough choice, but the chorus in “Beetlebum” is the right blend of raw, depressed, and heartbroken joy that probably makes it my favourite chorus ever.

This song is probably my favourite hip-hop song of all time. And I fucking love hip-hop. From the moment you hear Flacko’s first word, you get the vibe he is laying in bed, on his back, thinking about making it through another fucking day. It’s raw and stood out as an insight into his mind, rather than a flash of the gold on his neck. The buildup of the bassline and the tension that gets brought out hits its peak after the second chorus and kind of explodes, but then gets brought back to reality really quickly. There’s some kind of tension that is never resolved and that’s the best bit about the song. It’s like a description of a moment in time. No happy ever after, driving off into the sunset, just Raw. Fucking. Emotion.

So I’ll preface this in saying, yes, there are better or more acclaimed other tracks from Eddy that weren’t singles, but this was the hit that made me want to become a frontman. It’s frank, honest words that actually mean something without bullshit, without needing to paint a picture and then finding out the meaning at the end. From the first guitar note, you know they aren’t fucking around and that’s why I love this band. But more importantly, that’s why I love this song that defines the band to a T.

What a jam. There’s literally no riff in the world like the intro to “Moth Wings.” It literally makes me want to wear flared pants, buy a Stratocaster, and play the riff on repeat whilst pretending to fly kick an imaginary bad guy. Sure, Tame Impala might have been the big band out of this scene, but Pond get the gold star for the best riff to come out of the Perth Psych scene.