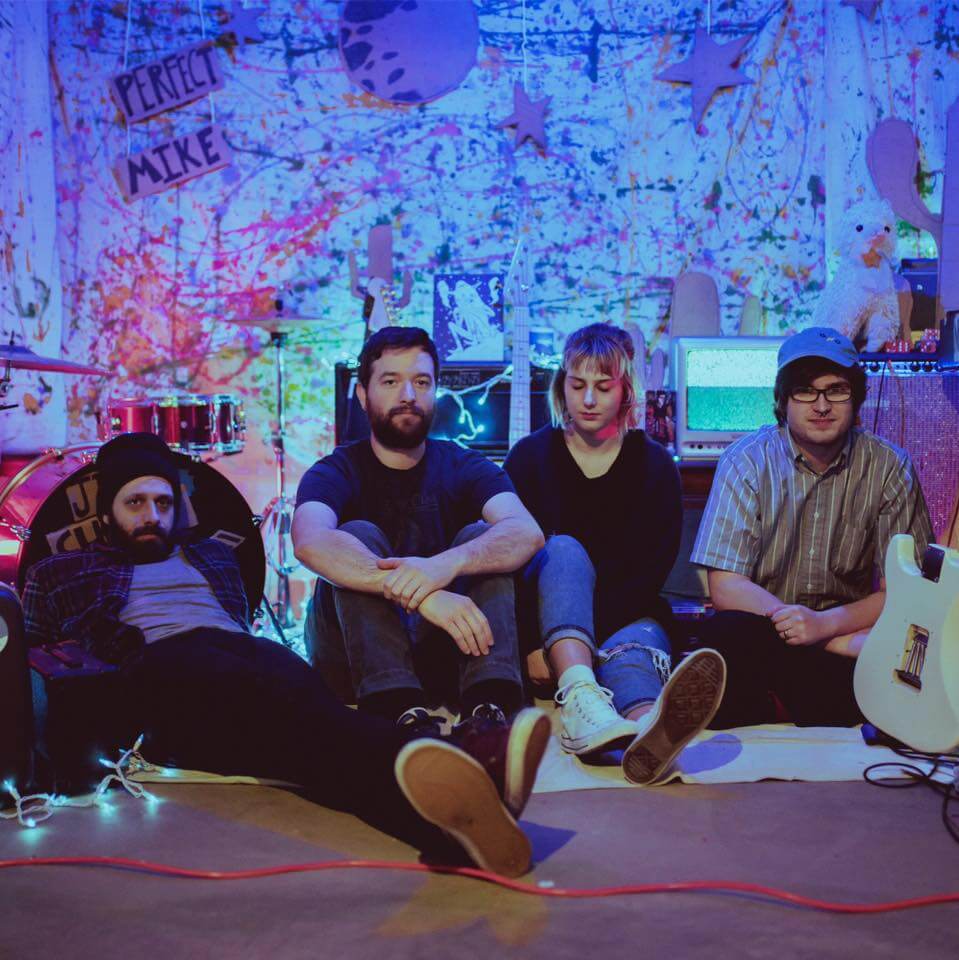 Maryland-based indie lo-fi rockers Jim Shorts just wrapped up a small tour for Halo Repair, their latest release. The band’s music is best described on their very own Facebook page as “semisweet melodies served on a platter of fuzz.” David Haynes, singer, let us know about some of the songs that helped shape Halo Repair, giving us an eclectic peek into his brain and thinking process during that time.

As Haynes puts it: “This playlist is filled with songs that directly inspired or filled my head around the time we recorded Halo Repair. Some of them are songs I have loved my whole life, but most of them are new to the past couple of years. I hope you enjoy!”

I didn’t grow up with Springsteen. About a year before recording Halo Repair, I went on a listening spree. I remember buying Born to Run, putting it on, and just being awestruck. You can smell the sweat when you listen to this song. I wanted to write something gritty and real like this.

There are few perfect songs. This is one of them. Listen to that brass! The backing vocals! The mix is so pristine. I didn’t grow up with a lot of non-religious music, and this was one of the first songs I can remember hearing that was unlike anything I had heard before.

Eureka California – Another Song About TV

I’ve played a couple shows with Jake and Marie over the years, and their music and energy is infectious. I love their record Versus. This song in particular is a favorite of mine. They just write great, fuzzy pop songs.

The Thermals – Now We Can See

I found a copy of Now We Can See in the very scratched section at McKay Used Books in Chattanooga. It’s an amazing power-pop record. Everything about this song is catchy. Looking back, I think this record really influenced how Halo Repair sounded.

Waxahatchee – Under A Rock

I think Katie Crutchfield is one of the best songwriters of our time. This song is anthemic, yet personal. Huge, yet private. When everything breaks and the instruments come crashing in, I can’t help but smile. No bullshit, no frills. It’s just an incredible song.

Meat Loaf – You Took The Words Right Out Of My Mouth

A lot of people laugh at me for liking Meat Loaf. I think my friend Micheal Floyd from Tir Asleen got me into Bat Out of Hell. I think it’s a work of hilarious genius. If this song had been recorded with a Rat and played in someone’s smelly basement, people would be into it now. It’s a perfect summer song.

Built to Spill – So

On the first day of recording Halo Repair, I remember telling Jarrod that the drum sounds he had dialed in sounded like the drums on the newest Built to Spill album. I’m a huge Built to Spill fan, and Doug really influenced the way I play guitar. I think the riff in this song is gorgeous, and I love Sam Coomes’ production on it!

My wife Emily introduced me to the Velvet Underground. She loves “Oh! Sweet Nuthin.” This is one of my desert island songs. It’s so bouncy and playful. There are a number of great Lou Reed live versions as well, but I still love this version.

Archers of Loaf – Web In Front

I once listened to only this song during finals week on an infinite loop. “All I ever wanted was to be your spine” is a very cool line. There’s a tragedy in this song despite it being catchy and fun. I love songs that can do both.

A few months before we recorded Halo Repair, Roddy and I got the chance to play a show with Nana Grizol at Sluggo’s in Chattanooga. Theo gave me a copy of their new album, Ursa Minor, afterwards. I’ve worn it out! It was by far my favorite album of 2017. What an incredible band!

I had listened to a lot of the ’60s Dylan stuff, but I had never really delved into the ’70s stuff. But Blood on the Tracks, Desire, Hard Rain — There’s some amazing stuff in the ’70s. This version of “Simple Twist of Fate” is just heartbreaking. People talk a lot about Dylan as a songwriter/poet, but he’s also a great performer.

Halo Repair is available now via all digital platforms, and Bandcamp.