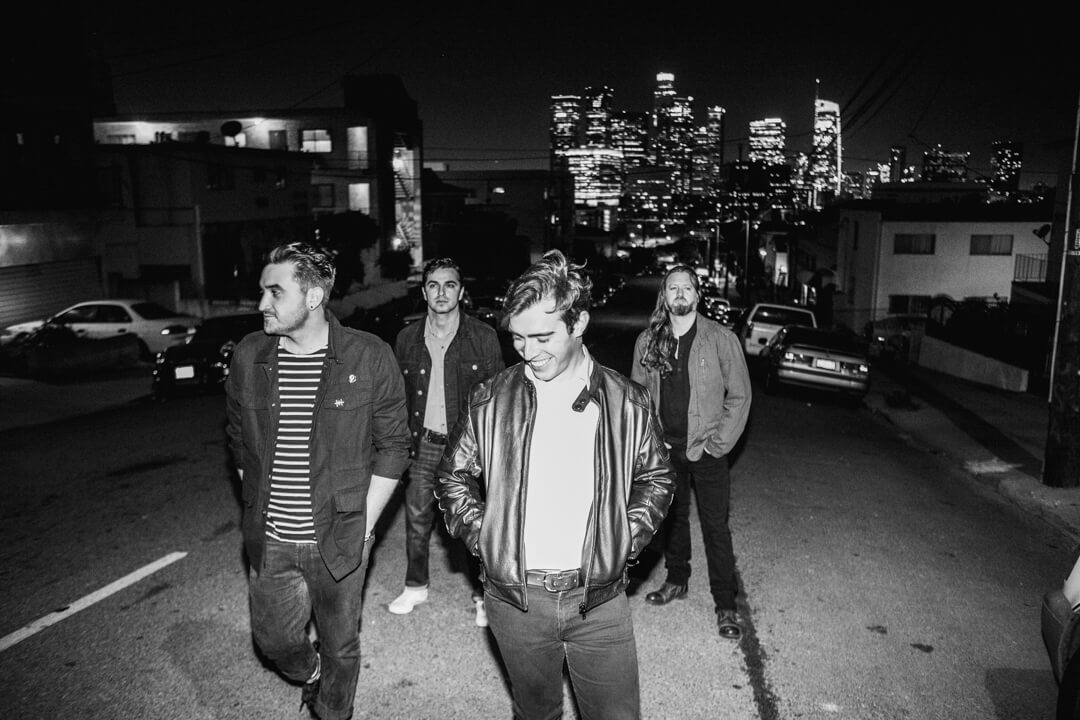 Swerve initially started out as the solo project for vocalist Greg Mahdesian, transitioning into a full band for Dumb Romeo, the latest EP set to hit the airwaves in June. In that wait, we’ve got the premiere of “Kennedy,” ready for your listening pleasure below. It’s their latest single; a perfect summer bop for the upcoming season with an extremely catchy chorus.

Mahdesian says of the song: “The main lyric in ‘Kennedy’ was originally a placeholder. I was trying to reference ‘On The Waterfront,’ but contender didn’t fit the rhyme and the word ‘Kennedy’ just kind of popped out instead. It was a case of the subconscious being well ahead of the conscious mind because the word symbolized everything I was trying to convey — they’re glamorous, successful, and above all it feels important, but there’s also a tragic romanticism attached to it that no one should actually hope for. Once we played it live we immediately found out that people related to that lyric more than anything else I’d written up to that point.”

“Kennedy” will be on the band’s forthcoming EP, Dumb Romeo, available in June. The band will have their Dumb Romeo release show at the Bootleg Theatre on June 26, if you’re in or around the Los Angeles area. If you’d like to pick up a ticket, you can do so here.
Photo Credit: Mallory Turner