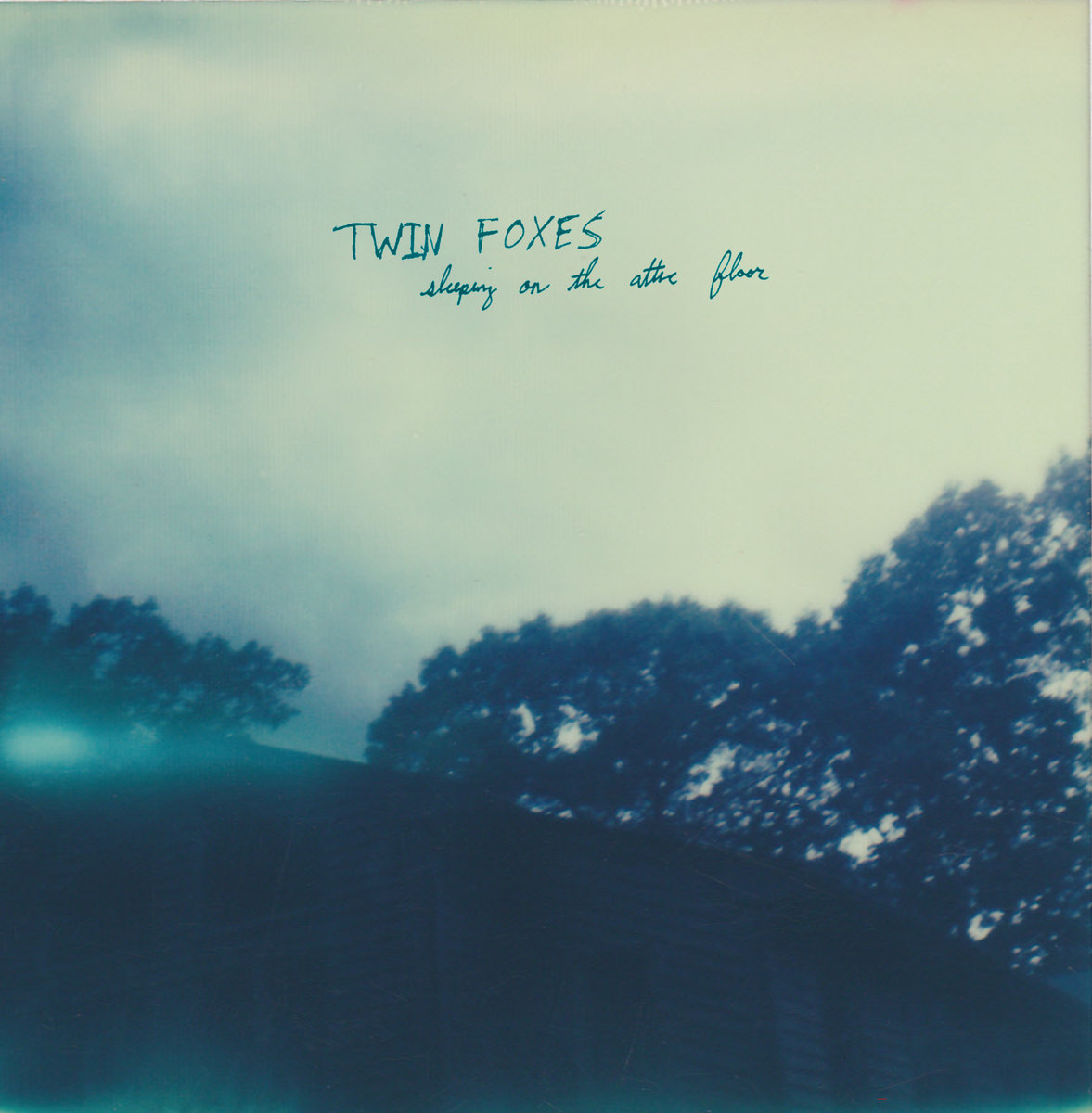 Tags on the Bandcamp page for this release give hints as to what to expect from Twin Foxes’ debut full-length — Superchunk, Modest Mouse, post-punk, hardcore — but the fullness of Sleeping on the Attic Floor reminds me of what would happen if you listened to college radio from the late ‘80s until about 2004. There’s all of these influences one can hear in the Providence band, but it’s more unique than just sounding like Superchunk’s Mac McCaughan singing for Hum. Twin Foxes have a sound which is powerful, but not heavy; energetic, but not fast; laconic, but not sleepy.

“Hard Ash” is the key track here, as it encompasses all of these aspects, along with a midpoint breakdown which out-Pixies the Pixies in terms of utilizing loud-quiet dynamics. It perfectly demonstrates that Twin Foxes know how to make music which will appeal to fans of both modern rock radio and indie stalwarts like Fugazi. It’s a fine line to walk, but damn, it’s good.

The LP comes pressed on orange marble wax, which looks and sounds fantastic. Sleeping on the Attic Floor is a very dynamic album, and the pressing brings those low tones and sharp riffs into bright, clear contrast. The album art is really striking, as well, but the handwritten liner notes on the printed inner sleeve, along with a slew of Polaroid imagery complementing the cover are something to pore over, as well. 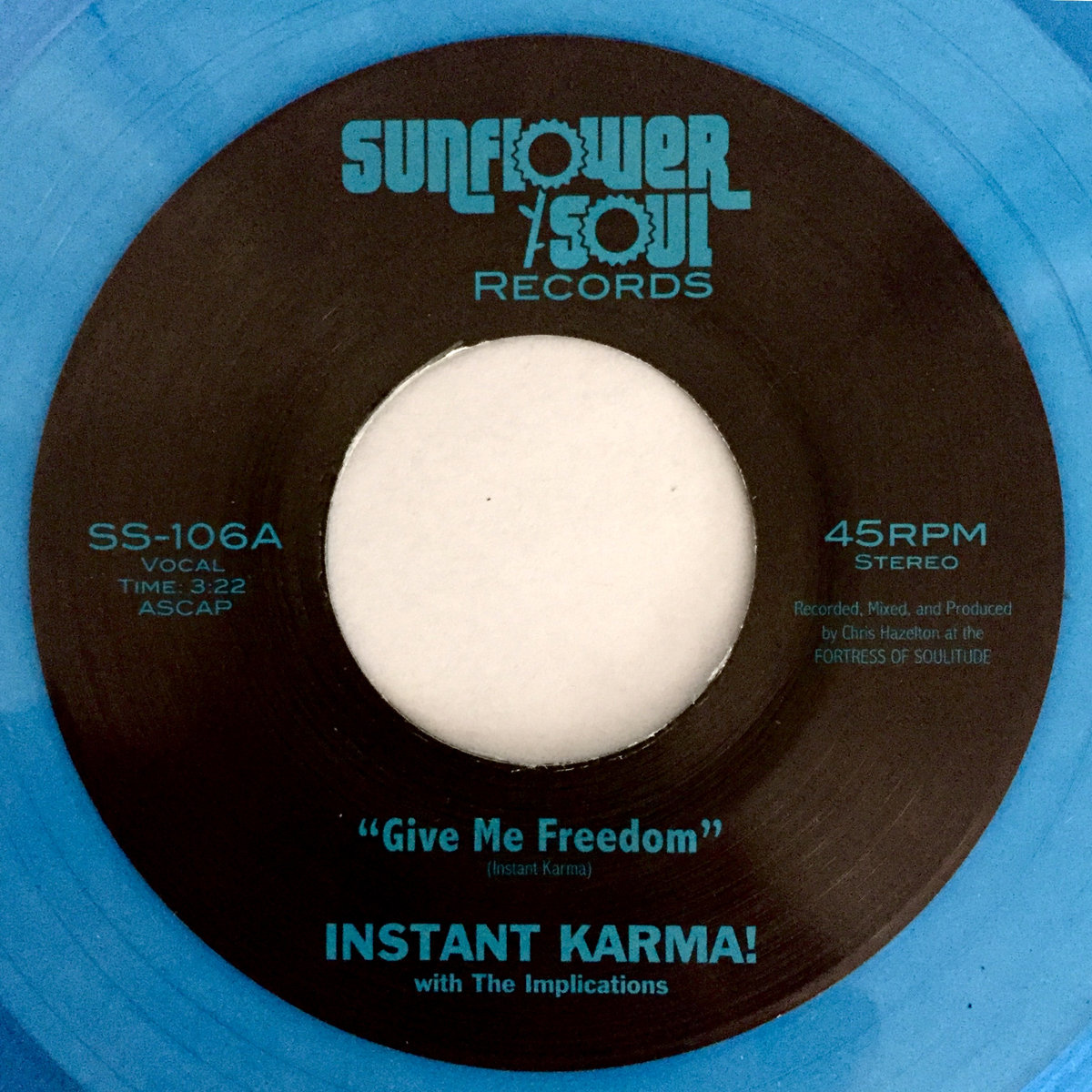 Instant Karma! — “Give Me Freedom” b/w “Shine On”
Sunflower Soul

Well, yeah: you’d totally expect a band named after a John Lennon song, and especially this one, to have some aspect of psychedelic rocker to them, but I doubt you’d figure that they’d be this damn funky. However, given that Kansas label Sunflower Soul is home to the likes of Chris Hazelton’s Boogaloo 7 and SUNU, some serious danceability is definitely required.

“Give Me Freedom” will rock a dance party for its entire running time, with sunny, surf-inspired guitar licks that pervade the track being the highlight. However, there are hints of sitar and some Clyde Stubblefield-flavored drumming that really lets Instant Karma! run the gamut of late-’60s sounds. From fuzzy to freakbeat to funky and everything in between, the band will have you digging for the rest of their discography before the song hits the runout groove.

The single’s flip, “Shine On,” is some Stax soul that sounds like it came straight from Muscle Shoals. Instant Karma! floats along on this cut, which is a lot more dreamy than the A-side, but no less catchy. This is a slow-dancing, swayin’ to the music number for those times you want to hold your baby tight.

The single comes in a generic paper sleeve as a big-hole 45, and the Sunflower Soul design aesthetic continues the vintage aspect onto the visuals. It sounds warm and real, thanks to the ever-amazing press at Gotta Groove. 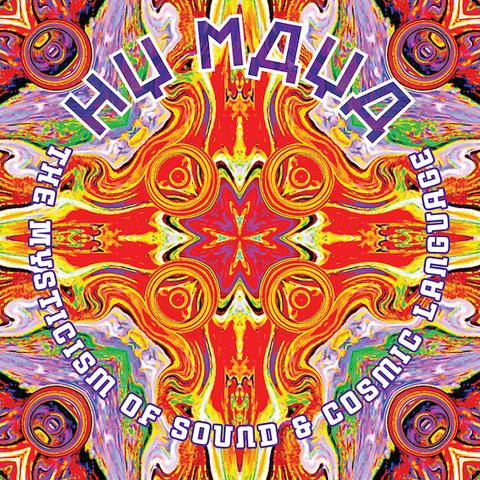 Far be it from me to suggest one alter one’s mental state to listen to records, but my first spin of The Mysticism of Sound & Cosmic Language occurred while I was suffering from a pretty bad cold, and I was pretty well distorted by cough medicine. The latest installment of Smog Veil’s Platters du Cuyahoga series and debut presentation for Hy Maya was hypnotic in this state, to say the least, with the Cleveland experimentalists including future Pere Ubu members Scott Krauss and Allen Ravenstine.

In the cold, sober light of day, it’s more arty than hypnotic, and probably more appealing to those who appreciate the crazier edge of the Velvet Underground’s The Quine Tapes than someone who’s into early Pink Floyd, in terms of what “psychedelic improvisation” can mean. When the group locks into a groove and rides it, the music is entrancing, but it can otherwise be a little overly taxing.

The double LP is pressed on blue marble vinyl, and sounds surprisingly strong. Most of the tracks were recorded live nearly 50 years ago, but despite that, the restoration work has rendered much of the music into strong form. It perhaps lacks a little definition, due to the live nature and technological limitations of the time, but otherwise stands up to the passage of decades. For those wanting to go beyond the music, the gatefold liner notes by Andrew Russ neatly condenses the story and importance of Hy Maya’s brief life, and the booklet enclosed is essentially a zine’s worth of interviews and historical detail. 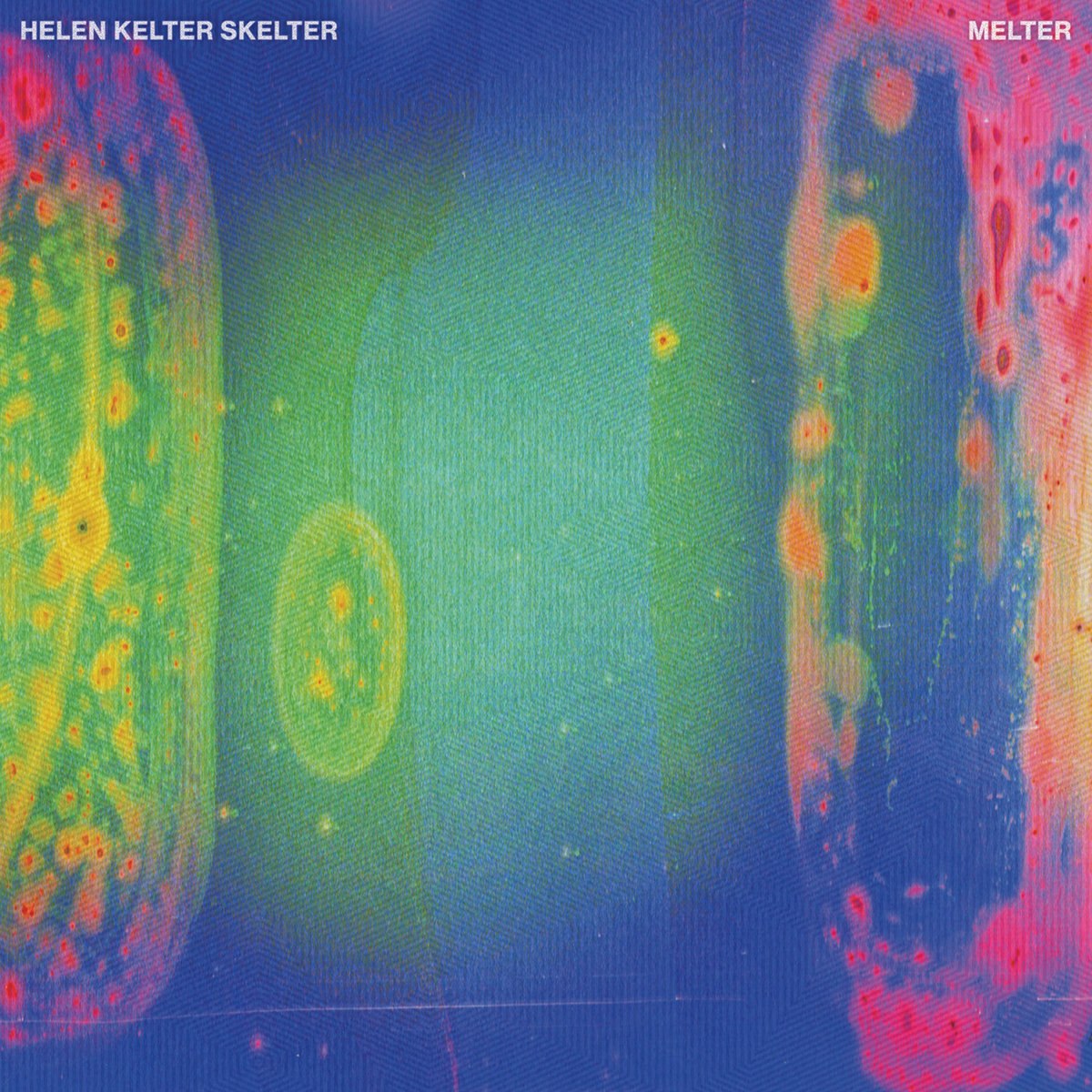 Even if you never let Helen Kelter Skelter’s Melter progress past the album opener, “21st Century,” it would be worth having in your collection. It’s an organ-powered blast of twisting, whirling garage rock which throbs with a distinct cadence. The Norman, Oklahoma band never quite gets heavy enough to become stoner rock, nor do they get frantic enough to earn the legitimate garage moniker, but they definitely know how to rock ‘n’ roll like a vintage ‘70s act. They might not emulate the sound of the bands on RidingEasy’s Brown Acid compilations, but they definitely hit that sensibility.

You could kind of compare them to early Tame Impala, but I also — oddly — get a sense of how those early Oasis singles felt. The Arctic Monkeys without the Teddy boy pretense, maybe? Either way, it’s a record you’ll find works pretty well for hot, hazy evenings spent sitting on a front porch, trying to decide if one more beer is a good idea, or if bed might be better. If you haven’t flipped the record over yet, crack open one more and see where the music takes you. It’s worth staying up late.

The vinyl comes on black vinyl in a psychedelic sleeve and includes absolutely no information whatsoever about the band or who plays on this record. It has a tracklisting, production info, and the URL of the Helen Kelter Skelter website, and that is it. Mysterious, although a quick trip to the band’s Facebook page will reveal that they are a five-piece.