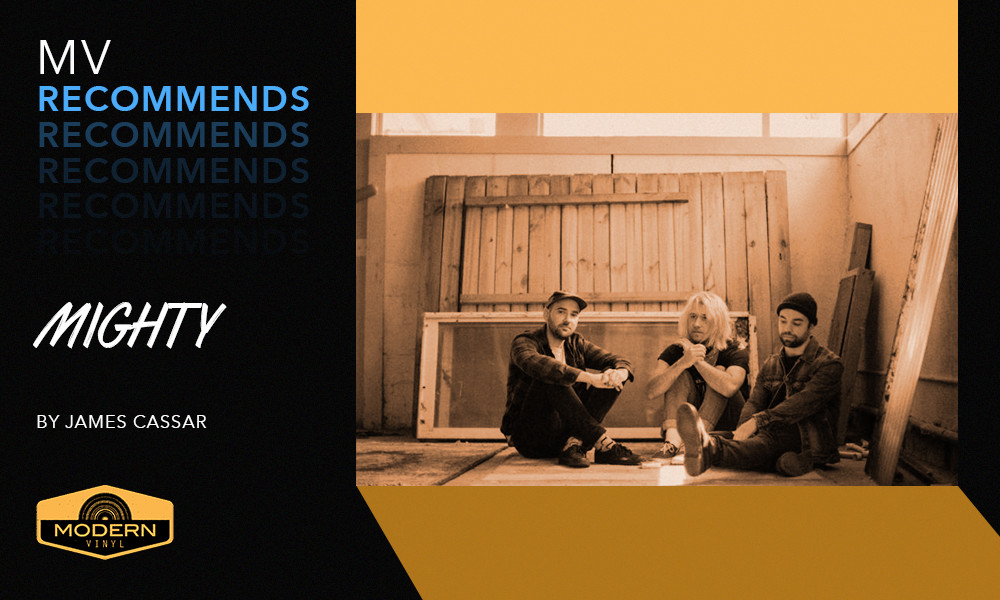 MIGHTY calls to mind Portugal. The Man on their self-titled full-length. The parallels don’t just end at the strange typesettings of both bands, but in the genesis of their latest works. The latter’s 2017 LP, Woodstock, came about after scrapping an entire song cycle after frontman John Gourley was told stories of the legendary festival’s first outing. Those themes of rebellion, unbridled energy, and counterculture surged through him, causing the band to create an entirely new experience. Woodstock was anchored by the biggest single of their career, with Aaron Paul’s treadmill in tow.

Atlanta’s MIGHTY found itself grappling with a similar crisis when attempting to follow up Bye, Have Nice!, a 2015 EP that tangled moody strains of indie with meat-and-potatoes rock ‘n’ roll. Doubt crept through Angelo Fiaretti’s songwriting process, reckoning with the skeletons rattling around in his closet. That said, the songs that emerged three years later make for a darker affair, which lies at odds with their bright, transportable indie pop bend. Singles “Safe and Sound” and “Drip Drop” are driving and dreamy,  respectively, showcasing the outfit’s affinity for indie rock’s gymnastic ambition and dazed relaxants in tight, radio-friendly timeframes. Other moments are patrons of different arts. “Eugenia” shuffles through downcast thoughts and the confusing malaise of adulthood with arrangements courtesy of 2005 New York, while the buzzy disappointment fueling “Undertones” serves as a Hail Mary pass late in the running order, swapping texture for temper.

While this band of self-professed slackers might not find a Vitamin Water sync deal just yet, MIGHTY does have similar expanse and wonder driving their debut album, even offering their best stab at a sparse slow burn with “Move.” There’s plenty to be still felt after the power leaves itself at the door.

MIGHTY’s self-titled LP is out now via songintheair.