The Great Sadness is a punk-blues duo from Los Angeles, and while they’re good, the band unfortunately demonstrates the limitations of their particular form. Unless a duo such as theirs is using some really amazing looping techniques, or doubling up to provide some unique bass, the sound is reliant on just too little. With any close hewing to tradition, or a reticence to adventure and experimentation, the music becomes unremarkable.

Guitarist and vocalist Cathy Cooper has an impressive voice, but on Weep’s first couple of songs, she pushes it into a vibrating warble territory that really doesn’t grab my ear when it’s belted out. Using the same technique, but holding it back a little on the A-side’s final cut, titled “Tonight,” it really works, though. Unfortunately, for all her proficiency in singing and solid guitar work — especially on album-closer “Underground” — it’s pretty standard stuff. It’s well-done, but anyone who owns The Gun Club’s Fire of Love has this sound already.

The packaging is fantastic, with the Florencia P Marano photography adorning the sleeve coming across as exceptionally striking. The various gradations continue all the way to the vinyl itself, which is a two-tone white and clear. It sounds pretty amazing, too, with the sound coming out of the speakers way bigger than one would think for just guitar and drums. 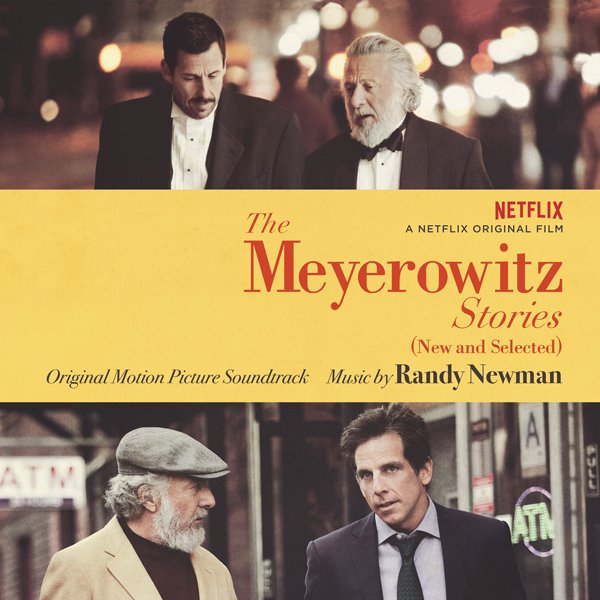 Reading up on Randy Newman’s score for The Meyerowitz Stories, it’s unsurprising to discover that the pianist performed his score live to film, creating what the director referred to as “almost like a narrator in some way, another personality.”

Honestly, I’ve never been much been a fan of Randy Newman. I find his songs schmaltzy when they’re sentimental and exasperating when they’re biting. Essentially, subtlety isn’t something I’ve ever really associated with the longtime musician, so it was with no small amount of trepidation that The Meyerowitz Stories hit my turntable.

Stripped of Newman’s singing voice and lyrics, and with just his piano to tell the story, it was not a small revelation to discover just how entrancing his music could be. It’s the first time Newman has ever done a solo piano score, and one wonders why the hell it’s not happened before this, as it is, frankly, a goddamn delight.

Newman’s work here is spare, simple and jaunty, sounding like what it is — a jazz-influenced pianist vamping to the picture which unfolds on screen in front of him, giving it a certain vintage feel. Film Score Monthly said it was akin to Joplin or Gershwin, and that’s not far off, but it reminds me more of Hugh Martin’s score for Meet Me in St, Louis, another film which looks at the past through the eyes of the present.

The pressing is on 140-gram black vinyl and comes in a standard sleeve. There’s nothing particular fancy about the presentation, but the music isn’t fussy or fancy, either. It’s just good. The same goes for the vinyl itself. It’s a record you can put on and really just enjoy — either to the exclusion of everything else, or as the background to your next cocktail party. 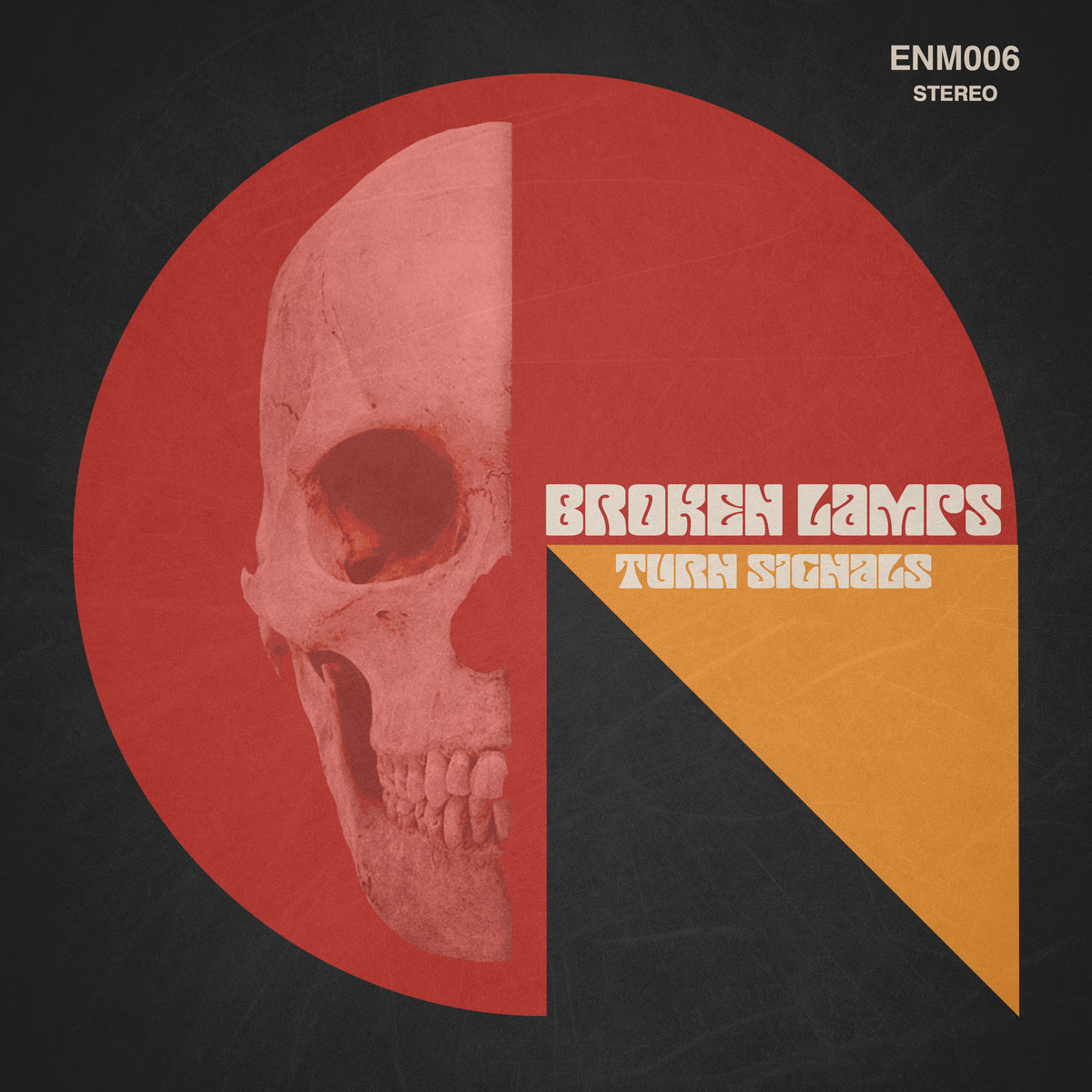 Never have I ever been so thrilled to be randomly hit up via email by a musician. Eric Bowr’s Broken Lamps is so highly influenced by ‘70s Italian horror scores, and in the best possible way. Listen, I love the hell out of some Carpenter-worshipping electronic stuff, and the way the French have latched onto ‘80s synth pop is a delight, but sometimes, I really want to hear something funky and jazzy.

Thankfully, Broken Lamps’ Turn Signals is just what the doctor ordered. Not since Calibro 35 has a record gotten so much play at home and work. It’s the sort of music which creates atmosphere, no doubt — listening to “Body of Light” with the creepy sampled dialogue or “Absent” and the slow, quietly-building pulse behind the mournful piano will set that up, post-haste.

The most impressive feat is that the music manages to just sound like a variety of composers, while never directly nodding to any of them. Okay, maybe “Gallows” sounds like Fabio Frizzi, but only in terms of mood, as opposed to direct lifts. Meanwhile, early tracks like “Anamnesis” and “Cat’s Eye” really draw you in with some foot-moving tunes, and the second half of the cassette provides more lasting, worthy of deep dissection material. It’s rapidly become the Saturday night, “Fuck it: we’re staying in” soundtrack, and you’ll be hard-pressed to find a better cocktail companion this year.

There’s great artwork on the J-card, and it looks like this was pulled from a long-lost archival release from some unknown library album. The cassette sounds amazing, as well. The tape lends it just enough hiss and warmth to really lean into the possibility of this coming from the past, but it’s the music of Broken Lamps and Bowr’s musical prowess which make Turn Signals a joy, rather than playing up any sense of nostalgia. That just lends to the fun. 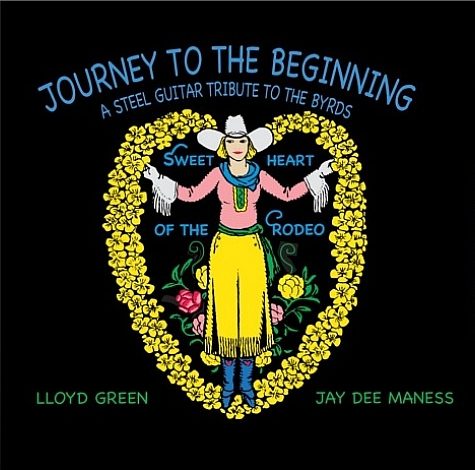 Do we really need any more instrumental cover albums — even if they’re done by the original artists? In this case, we have steel guitar players Lloyd Green and Jay Dee Maness doing an instrumental version of the Byrds’ seminal country-folk album Sweetheart of the Rodeo.

Given that both men played on the original record, it’s kind of an interesting take, but even that’s a stretch, as the only song which features Green on the Byrds’ album is “100 Years From Now,” although his solo on that is, as Peter Cooper says in the liner notes, “incredible.”

It’s a pleasant-sounding record, and decently-executed, but it’s so obviously missing vocals that you’re constantly hoping for Roger McGuinn, Chris Hillman, or Gram Parsons to start singing. There’s already a 1969 Longines Symphonette LP titled Saturday Night Jamboree, which has instrumental versions of that era’s country hits, and it executed the concept far better. And Merle Haggard’s backing band, the Strangers, have done “Mama Tried,” making you forget there were ever words with the high and lonesome adaptation.

Part of the issue is just the fact that this Record Store Day release is less country-folk, and a little more honky-tonk than the Byrds’ original songs. Given that there’s an emphasis on the pedal steel, that’s to be expected, but coupled with the production of Journey to the Beginning, the record doesn’t sound like it’s a modern bridge back 50 years, instead stopping somewhere around 1988 to take its cues.

The pressing sounds fantastic, and it’s well-balanced and clear. The steel guitar and acoustic guitars feel like they’re being played right there in the room with you. However, the cover art is chintzy as hell, and it looks like it was knocked together in a bootleg copy of Photoshop.