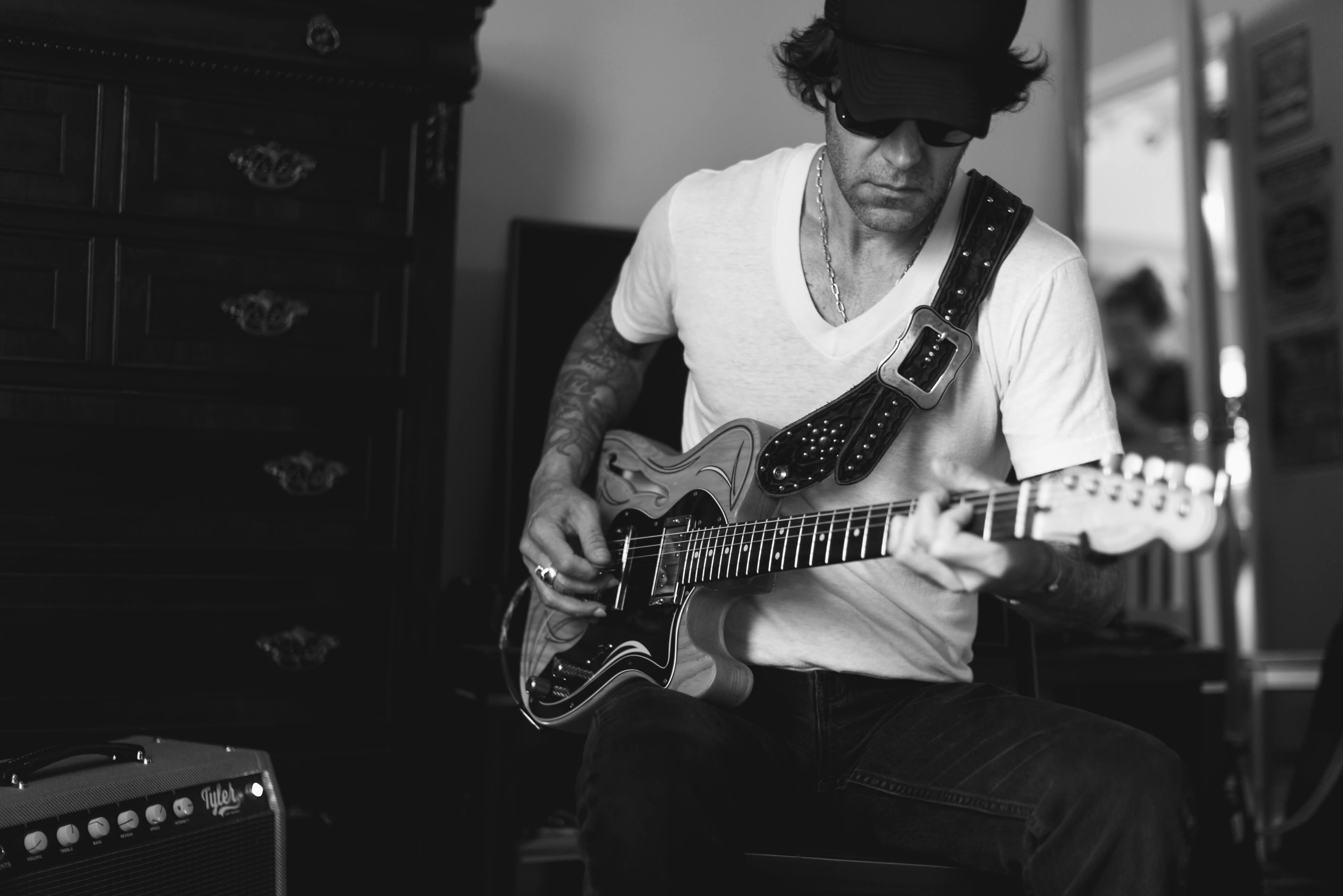 Boo Ray, a Nashville-based artist, has been working on a series of 7″ records titled The BooCoo Amigos series, with the help of Kindercore Vinyl. The first duets in the series included a Christmas song, “All Strung Out Like Christmas Lights,” and an original track on the flip side called “Pass The Jug.” He performed those songs with Elizabeth Cook.

The second 7″ in the series was just released, featuring Steve Winwood’s daughter Lilly. The A-side features an original duet called “Hard To Tell,” while the B-side is a cover of the iconic song “Islands In The Stream.”

“I love duets! They’re too many to list in any particular order, so I’ll just tell you about a few of the duets that I’ve been listening to and talking about while writing and recording this BooCoo Amigos collaboration series.”

Marilyn McCoo and Billy Davis Jr. — You Don’t Have To Be A Star

I was talking about duets with a great singer/songwriter friend who makes music for movies. We were sitting outside, under a canopy of Christmas lights hanging from the carport ceiling in the wee hours of a hot summer night. “What’s the greatest good vibes summertime duet of all time?” She started bouncing her head and “New York Shuffled” her shoulders, and we started singing “You Don’t Have To Be A Star.” We busted out laughing. So you can see how I came up with “All Strung Out Like Christmas Lights” right?

Once we were in the territory of yacht rock duets, she got serious and put us on the Grease soundtrack. “I dig the doo-wop and rockabilly style of the songs and ‘Summer Nights’ is a whole three-part dramatic opera all itself.”

Loretta Lynn and Conway Twitty — Hang Up The Phone

We continued trading duets DJ style and I responded to the theatrical nature of that song with “Hang Up The Phone,” half being a smartass, like a “boy’ll do if he’s sweet on a girl,” and halfway offering it as an example of the different roles singers can play in the context of a duet.

But in the back of my mind I was thinkin’ “Southern California” because that pretty melody riding on that big panoramic soundscape would’ve been a perfect moment to wind up accidentally holding hands.

I also offered “Whiskey Lullaby” as the greatest duet of the last 20 years. Every once in a while, lightning strikes and proves that art and quality aren’t just subjective notions of fancy, but identifiably great in an objective way.

Gram Parsons, Emmylou Harris, and Linda Ronstadt — In My Hour Of Darkness

Ensemble collaborations like “In My Hour Of Darkness” count as far as I’m concerned, since we’re not strictly limited to duets, and I dig the stuff Emmylou and Linda Ronstadt sang on together.

Tom Petty and Stevie Nicks — Stop Dragging My Heart Around

Of course in discussion of cool duets, “Stop Dragging My Heart Around” comes up. I like the things Tom Petty said about country music while he was making that record with Johnny Cash. His take on American roots music is akin to the British take on rock ‘n’ roll.

Southern Culture On The Skids and Mary Huff — Banana Pudding

Tim McGraw and Faith Hill — Speak To A Girl

That new Faith Hill and Tim McGraw “Speak To A Girl” song got to me. I’m not one to often fall prey to the cliché of pop-country lyric writing, but Faith and Tim’s sincerity is disarming and powerful.

The “Partners In Crime” duet with Jodi James off my 2012 album Six Weeks In A Motel is a cool song. Jodi is an amazing singer and songwriter friend from Louisiana, with a world class voice and unbelievably charming accent. It’s a tortured, cheating love song expressing the delusion and insanity of believing that another love will make us happy, if we’re not already happy.

Boo Ray and Elizabeth Cook — All Strung Out Like Christmas Lights

Well, as long as we’re getting back into my catalog, there really were Christmas lights all strung about the place and that girl was devastatingly beautiful. Sitting outside on those summer nights, talking about music with her until 3 a.m. just added up to “All Strung Out Like Christmas Lights.” After I’d written the song I had to record it in July for December release and Elizabeth Cook was real cool to track it with me.

Emmylou Harris and Mark Knopfler — This Is Us

“This Is Us” is a favorite of mine. I dig Knopfler’s British take on American roots music. I think he can see the forest for the trees, much like Petty. He’s not trying to convince anybody how country he is and he’s not offering the actual thing. Knopfler gives you a Polaroid picture of the scene that’s completely authentic.

Details are forthcoming about the third 7″ in the series, but it’s slated to come out this summer, featuring celebrity chef Sean Brock as Ray’s duet partner.